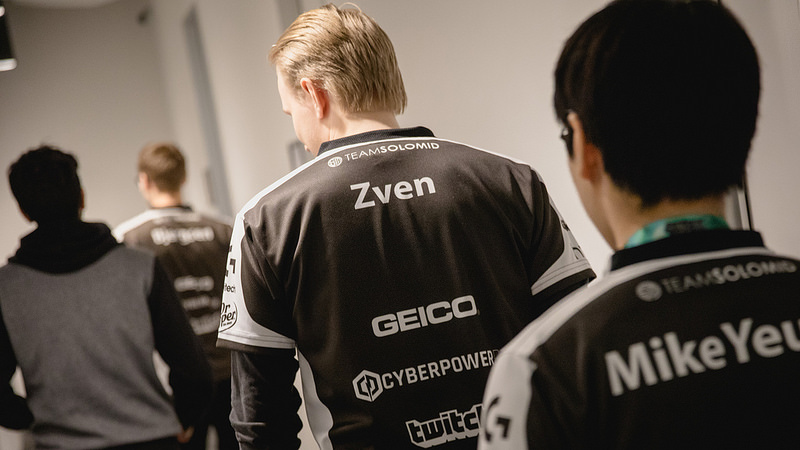 For years, TSM was one of the unchanging constants in League. The team made every single North American LCS finals for 10 splits in a row, before washing out of the quarterfinals in the spring. Now, TSM are in sole possession of seventh place and poised to miss out on the playoffs for the first time. Marksman Jesper “Zven” Svenningsen pointed to a lack of team identity as the source of the team’s problems in an article for The Players’ Lobby yesterday.

Zven discussed his former teams Origen and G2 Esports, both of which had a strong identity. On Origen, Zven and bot lane partner Alfonso “mithy” Aguirre Rodríguez were the team’s carries, while on G2 anyone could step up and be the primary carry. Currently there is no such person on TSM who can do the same, according to Zven.

“In TSM, although everyone is willing to be a team player, no one is willing to step up and be the carry just yet,” Zven wrote. “To solve this, we’ve been trying to become more decisive in our shotcalling.”

TSM has looked shaky in both the spring and summer, and their wins don’t feel convincing. The players often seem as if they’re conflicted about what to do in game, and the team has lost base races two weeks in a row due to an inability to commit to decisions. On paper, this team should be way better than their 6-8 record indicates, but sloppy and disjointed plays in-game hold the team back.

The issues facing TSM are ones that have plagued the organization for years. A lack of proactivity and a tendency to play for late game fights has allowed other squads to steamroll the team early, providing no chance for TSM to get to that late game point they’re known for. This playstyle has defined TSM, and it needs to be forgotten if they want any chance at making the playoffs, let alone making a good run at Worlds. Fortunately for the team, it seems like the players are making a concentrated effort to fix their problems.

“Beforehand, there were too many ideas and suggestions floating around and by the time we figured out what we wanted to do, the moment had passed,” Zven wrote. “There are too many ideas and not enough execution. We need to fix it soon and find our identity or it will not be good for us.”

Not good is putting it lightly. If this squad misses the playoffs, this will almost certainly be the end of the line for this iteration of TSM.