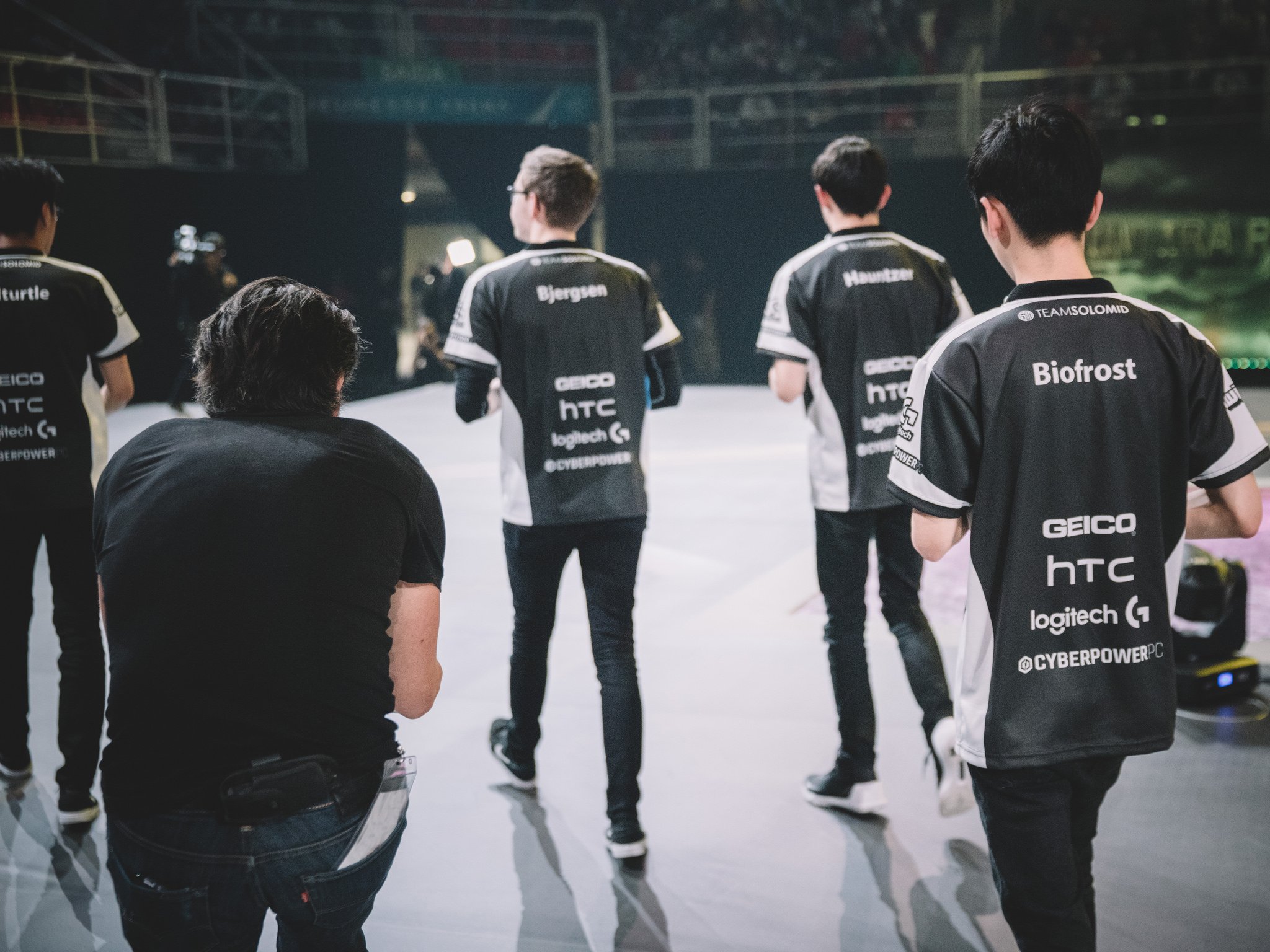 First was the disastrous group stage at the 2016 World Championship. Then came a near sweep at the hands of an international team, the Gigabyte Marines, in last week’s MSI play-in stage. Then, at the beginning of today’s group stage, they lost to the Marines, putting their hopes at making it out of the group stage in serious jeopardy.

With all that weight on their shoulders, TSM went into the last match of the day against China’s Team WE with a desperate attitude—which was clear right from the start of the draft phase.

TSM lost to the Marines by playing a protect-the-ADC composition around a low-mobility champion (Twitch) and a player who couldn’t help but be caught out (Jason “WildTurtle” Tran). But the blame for that loss can also be handed to top laner and shot caller Kevin “Hauntzer” Yarnell, as well as jungler Dennis “Svenskeren” Johnsen.

The two badly botched an early top lane gank and looked tilted for the rest of the game, opting into bad plays and missing skill shots all over the map. It was a far cry from the dominant form the team typically exhibits in domestic competition.

To start things off against WE, TSM immediately grabbed Lee Sin for Svenskeren—one of his most comfortable champions. TSM also drafted Ezreal for WildTurtle, hoping that the extra mobility would keep their ADC alive a little longer.

But the real story came when they drafted Kennen for Hauntzer. If you’re wondering when Hauntzer last played Kennen, you’re not alone—he hasn’t played the champion all year. The last time he busted out the shuriken-throwing yordle ninja was at last year’s Worlds. The pick went ostensibly to match WE top laner Ke “957” Changyu’s Jayce, but it was still a huge risk. If Hauntzer fell behind in the early game, he could become irrelevant later on.

Svenskeren made sure that didn’t happen. The game actually started out disastrously as the TSM duo went down again. But after the dust cleared, Sven went top, jumped over the wall, and executed a clean gank for Hauntzer.

957 can be blamed for not flashing once he saw the ward from Lee. That one kill set up Hauntzer to be a fearsome split pusher that WE didn’t really have a way to handle, since they drafted a protect-the-ADC comp with Karma in the mid lane. TSM spent much of the game playing the map and staying away from bad fights.

When they needed to engage on objectives, TSM, with a little luck on their side, got them. A first Baron went over to Svenskeren, even though Søren “Bjergsen” Bjerg was a bit early on the Taliyah wall. Sven even lived to tell the tale.

A second Baron went to TSM after Sven was killed, leaving the rest of the team to burn it down before WE could grab it. But with the Baron buff, TSM used patient play and superior map pressure to end the game without major hiccups.

The win over WE will give the team much needed breathing room heading into a long group stage. There’s a lot of League ahead for TSM, and they need to keep their confidence high. But they still have a lot to work on. Those objective fights need to be cleaner. Turtle’s positioning probably can’t be fixed at this point, but they need to figure out how to help him without compromising damage from the rest of the team, notably Bjergsen. And Svenskeren has to find his form on champions other than Lee.

But those issues can wait until tomorrow. Today, TSM managed to salvage a 1-1 record, still in position to make the knockout round.