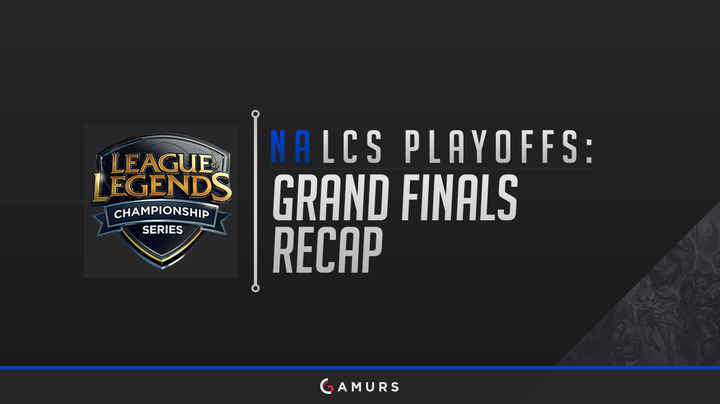 After months of play from Team SoloMid coming close to the undefeated regular season, only to have it ruined by Phoenix1, to fan-favorite Echo Fox being relegated to the Challenger Series; here is your recap of the NA LCS Summer Split Grand Final between TSM and Cloud9:

Game 1: The first game of the series was a rout in favor of C9. From first blood going over to Nicolaj “Jensen” Jensen (6/2/11 as Cassiopeia), to Jung “Impact” Eon-yeong (4/0/11) absolutely dominating every battle he took part in, C9 saw little opposition in steamrolling TSM.

Game 2: Take the previous game’s narrative and switch the teams, then you have the synopsis of the second game. TSM stomped on C9 in a relentless fashion, with Yiliang “Doublelift” Peng (8/0/6 as Jhin) outputting 28k damage to Søren “Bjergsen” Bjerg (4/0/8 as Cassiopeia) convincingly winning the mid-lane matchup.

Game 3: The third game was closer, but TSM was still able to edge out the victory. The push to win came from Dennis “Svenskeren” Johnsen (2/1/11 a Rek’Sai) giving TSM superior vision by warding throughout the map while keeping C9 from taking a grip on the vision game. Overall, TSM turned it up and took the series lead.

Game 4: The fourth and final game went in favor of TSM due to superior teamfighting and rotating. Throughout the game, Svenskeren (0/2/13 as Gragas) gave his lanes strong ganks, which led to Doublelift (8/2/9 as Lucian) making top-tier plays to take the NA LCS Summer Split Finals.

With this victory, TSM has earned a top-seed going into the World Championships, and will be accompanied by second-seeded Counter Logic Gaming.

What are your thoughts on the NA LCS Summer Split Finals? Let us know in the comments below and be sure to follow us on Twitter – @GAMURScom – for more esports updates and coverage.