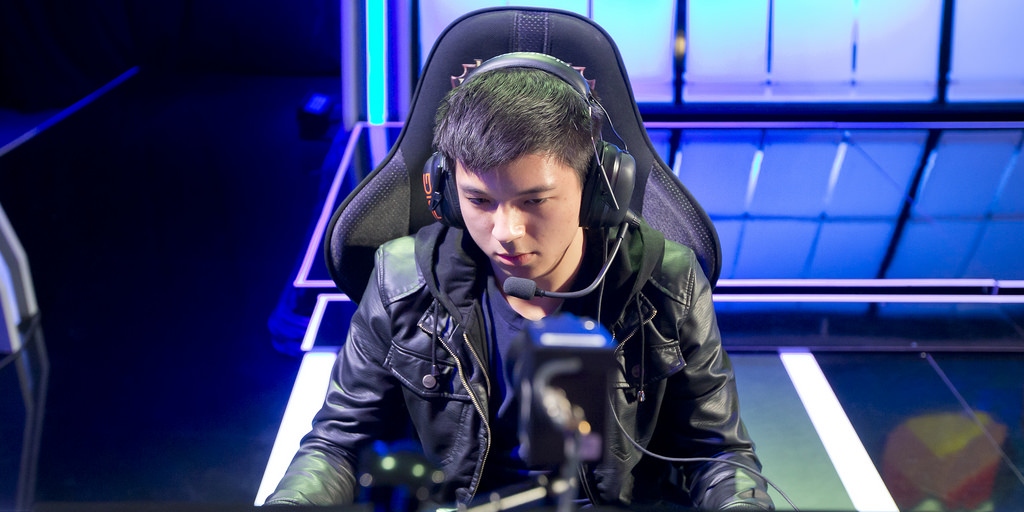 After a disappointing finish to a once-promising Season 5, Team SoloMid entered the off-season looking to dramatically rebuild. After the retirement of Dyrus, Santorin, and Lustboy, the once-formidable TSM lineup was left with only longtime team stalwarts WildTurtle and Bjergsen. And although Turtle had put together a few decent games at Worlds, his consistently poor performances over the course of Season 5 suggested that TSM would need 4 new players if they wanted to compete at an international level.

At a glance, TSM’s rebuilding efforts have been a resounding success. Not only did Reginald retain team cornerstone Bjergsen, but he managed to reload the squad with franchise player level acquisitions in nearly every other role. AD Carry Doublelift had terrorized TSM fans for nearly half a decade before joining forces with his once hated rivals. KaSing had propelled SHC to a third place regular season finish in his first pro season before finishing the job and securing a Worlds berth for H2k in Season 5. And although Svenskeren’s star had dimmed on a moribund SK Gaming roster, he is still universally feared as one of best junglers in the West.

The biggest question of TSM’s new line-up is undeniably top laner Hauntzer. His four teammates bring years of experience, but the former Gravity top laner has only played a single year in the LCS. His teammates bring instant brand name recognition, yet Hauntzer was at times overshadowed by all four of his teammates on Gravity. And while TSM’s other players stand firmly at the top of Western LoL, Hauntzer remains unproven.

To many, TSM’s acquisition of Hauntzer is a disappointment when proven star names like Odoamne, Cabochard, ZionSpartan, and Impact were potentially available. To truly understand the value that Hauntzer brings to TSM over these prestigious players, we must examine both TSM and Hauntzer in a historical light. In a sense, TSM Hauntzer was always meant to happen. If all goes well, the organization’s former top laner Dyrus will have found a worthy heir. If all goes well, Hauntzer will finally find the role he’s been searching for his entire career.

His entire career thus far, Hauntzer has borne an unusual burden. On every single one of his teams Hauntzer has always been one of the most skilled players, and his team’s successes have been directly reliant on his strong play, yet his teams have always treated him as a supporting player when it comes to resource allocation. Throughout his career, Hauntzer has been expected to carry his teams in spite of little to no jungle pressure and few opportunities to receive empty lane farm.

Although Hauntzer has only spent a single season in the NA LCS, his first competitive games came in Season 4, on Curse’s new LoLPro roster led by mid laner Nyjacky. While Nyjacky had been one of Curse’s stars in Season 2 and early Season 3, his play on LoLPro was a far cry from his once-formidable powers. Although the team had briefly experimented with prioritizing Hauntzer in the top lane, the team eventually centered around enabling Nyjacky and up-and-coming AD Carry LOD to carry games, leaving Hauntzer to fend for himself in the top lane. Even after LOD replaced Jacky in the mid lane, the team continued to play around the mid-bottom side of the map by subbing in Graves aficionado Hoodstomp for LOD. In a Challenger series dominated by the top-centric Team8 and LMQ, Hauntzer was forced to confront carry players like CaliTrlolz and ackerman without the jungle and farm advantages that these players had. While few fans noticed LoLPro, Hauntzer’s dominant yet independent laning phase and ability to embrace a low econ playstyle quickly drew the attention of teammates and opponents alike. Former LoLPro teammate Lohpally has gone out his way to praise Hauntzer’s play on multiple occasions, and several of his other teammates highly recommended him for the transfer to the Curse Academy squad which qualified for the LCS. It was also on LoLPro that Hauntzer attracted the attention of the greatest North American player to play top lane – Team SoloMid’s Dyrus.

In Hauntzer, Dyrus must have seen a talented player who shared his unique burden. Although Dyrus had been the hard carry of Dan Dihn’s EPIK Gamer in Season 2, he had consistently taken a back seat ever since joining TSM, a team built around star carry performances from mid laner and team owner Reginald. Even after Reginald left the team, TSM was still centered around new mid lane prodigy Bjergsen, who received the majority of ganks. In addition, TSM has always placed the AD Carry directly behind the mid laner – whatever empty lane farm didn’t go to Reginald and Bjergsen went to Chaox and WildTurtle, even after the sharp decline of both players. And much like Hauntzer, Dyrus had always been not only one of the better players on TSM, but one of the team’s win conditions. Their similar circumstances must have drawn Dyrus’s attention, because the top lane veteran has consistently praised the up-and-comer ever since.

But even though he attracted the attention of his fellow pros, fan reaction to Hauntzer remained ambivalent. When it was announced that Hauntzer was transferring from LoLPro to Curse Academy, response outside of Challenger scene experts remained lukewarm. When Curse Academy qualified for the LCS, attention was still mostly directed towards Hauntzer’s teammates, particularly BunnyFuFuu’s Thresh plays and Keane’s bizarre champion pool. To most casual fans, Hauntzer and his lack of distinctive traits was one of Gravity’s biggest weak points. In reality, many of Gravity’s wins came due to Hauntzer’s consistent top lane pressure and ability to land Teleport flanks, a skill which very few Western top laners had mastered. Once again, Hauntzer’s teams were relying on him to win, but weren’t giving him carry-level resources, an issue which continued in the Summer Split.

What Hauntzer can do for TSM

In spite of this, Hauntzer has continually carried his teams in spite of his low economy nature. A quick look at his statistics show that Hauntzer may be the most underrated player in North America. In the regular season, Hauntzer finished third in damage dealt to champions behind only Impact and ZionSpartan, two players which play on intensely top-centric teams. While both players consistently received ganks and favorable lane swaps, Hauntzer was forced into poor lane swap situations in favor of snowballing AD Carry Altec. Fans have constantly complained about CLG “starving” Seraph or TSM “abandoning” Dyrus, but Hauntzer’s situation was much worse because GV’s poor understanding of lane swaps meant that he wasn’t even receiving global gold to compensate him for his sacrifices. Nonetheless, he was one of the most consistent players in the league due to his ability to battle back from disadvantageous situations by pushing in small advantages. On a team with better lane swap understanding or better yet, a desire to allow Hauntzer to play 1v1, Hauntzer will truly shine – in 1v1 lane situations, Hauntzer led the league with a 530 gold advantage at 10 minutes, an amount equal to nearly two kills. On TSM, this versatility will be important. Because Hauntzer is used to playing in extremely adverse low econ situations, even the “Dyrus treatment” will be an upgrade when compared to the scenarios he faced on Gravity. (Such as when GV lane swapped his Shen into Dyrus’s Olaf after putting him down 2 full creep waves.) Hauntzer’s independence is a major factor which sets him apart from players like ZionSpartan or Cabochard. While those players could possibly play a utility role, Hauntzer has proven himself capable for over a year of not just playing the utility role, but carrying from it.

As strong as he is in terms of individual lane and carry play, Hauntzer is even better in teamfight scenarios, particularly because of his strong understanding of global play. Hauntzer’s Teleports were the best in North America – he was one of the only player’s capable of landing Teleport flanks, and Gravity was extremely reliant on him for engages, as evidenced by his strong kill participation statistics. When Hauntzer did arrive at fights, his peeling was one of the most important factors to Gravity’s success as an AD centric team. Although Gravity was centered around Altec, Bunny, Move, and Keane were all very poor peel players who almost always preferred to just dive the backline. On TSM, it’ll be important for Hauntzer to play a supportive role. TSM has more than enough damage coming from their backline of Bjergsen and Doublelift, so consistent engage and peel from the top lane is exactly what TSM needs. Once again, utility and peel play is exactly what TSM needs, and what many of the more notable top lane free agents haven’t been able to offer.

Finally, Hauntzer boasts a massive champion pool. Last split, Hauntzer found wins on 8 different champions ranging from tanks to bruisers to AP mages. As Reginald mentioned in the new roster acquisition video, this wide champion pool is important for the constantly shifting top lane meta. Although he was brought onto the roster due to his utility play, Hauntzer has shown evidence of being a very potent carry player. This additional flexibility will be a critical weapon for TSM in certain match-ups.

TSM will also do a great job of covering Hauntzer’s biggest weakness – his tendency to suddenly suffer moments of bafflingly poor play. Hauntzer’s strong statistics suggest a consistent player, but Hauntzer is not inconsistent in the traditional sense. Rather, he is a generally strong player who will become an extremely poor player for a few minutes. These moments are very uncommon, only occurring once every 3-5 games, but they’ve been a consistent trend throughout his career. In spite of Hauntzer’s consistent play, this is a player who tried to solo a 1000 HP dragon in the middle of a teamfight in a critical regular season game. Hauntzer’s other shockingly poor moments of play include fatfingering his Ekko ultimate against Team8 and  getting solo-killed by Balls during the gauntlet. On his previous teams, such errors were usually fatal because of how much his teams relied on him. On TSM, Hauntzer will have both more leeway to make these mistakes and hopefully much more support to grow as a player and finally avoid these critical errors.

Although he was overlooked by many, his strong low economy play, ability to step up when the situation arises, and willingness to play any champion made Hauntzer one of TSM’s best available options on the market. Many of Hauntzer’s former teammates and coaches have gone out of their way to call Hauntzer not only a fantastic teammate but simply one of the best western players in his position. TSM fans have consistently praised Dyrus for many of the same attributes that Hauntzer has, to the point that the once overlooked Dyrus has become overrated in many circles. Hauntzer is now stepping into TSM boasting many of the same skills Dyrus once held in his prime – perhaps North America’s overlooked top lane talent will finally receive the attention he deserves.