An extended break couldn’t stop him from having a dominant performance against CLG. 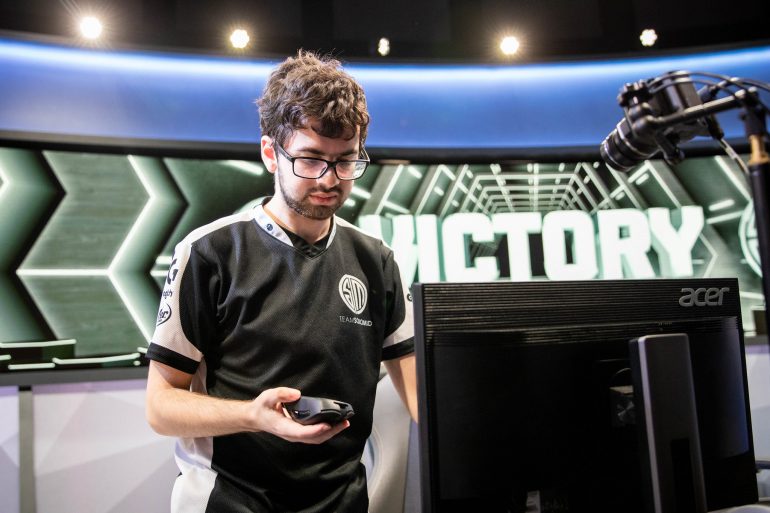 TSM celebrated jungler Jonathan “Grig” Armao’s return to the LCS stage today by extending their win streak over CLG to 1,142 days and ending the first week of the Summer Split 1-1. A wrist injury forced Grig into an extended break from the game, but he’s slowly returned to LCS fitness by helping TSM Academy win their playoffs earlier this year.

Grig’s last LCS games were played in the 3-0 loss to Cloud9 in last year’s regional finals. He’s watched from the sidelines as Matthew “Akaadian” Higginbotham took the stage week after week in the Spring Split and narrowly missed out on winning the split after Team Liquid’s reverse sweep.

TSM coach Tony “Zikz” Gray decided that Grig’s return today would be a trial by fire. After putting the jungler on Hecarim, he then directed the team to funnel everything into him by drafting Zilean for Soren “Bjergsen” Bjerg as well as the Sona/Taric bot lane for Jesper “Zven” Svenningsen and Andy “Smoothie” Ta. The game then started with a bit of a fiesta as summoner spells were burned by both sides when CLG attempted to invade the TSM jungle. But TSM outlasted their opponents to close out their week.

Although this wasn’t a commanding victory, since CLG had the early lead in the game, TSM showed their finesse by perfectly syncing up their ultimates in teamfights to protect against the three AP area-of-effect ultimates from CLG, as well as Trevor “Stixxay” Hayes’ Varus ultimate, Chain of Corruption. Grig was consistently successful in launching himself into CLG’s backline, buffered by the numerous protective buffs provided by his teammates.

Sergen “Broken Blade” Çelik was the subject of repeated ganks from Raymond “Wiggily” Griffin. Although his early teleport was punished, it had the silver lining that Grig could roam the map and clear out both sides of the jungle. Things looked worrying for TSM after CLG took the first Infernal Drake and Tristan “PowerOfEvil” Schrage’s Orianna stole the second, but CLG were still unable to burst through the massive defenses TSM had before Grig’s Hecarim eviscerated the backline.

After ending the game in just over 30 minutes, Grig has definitely made a statement in his return to the LCS. During the post-game interview with host Ovilee May, he said he was excited to come back and he’s slowly getting back to his peak after his mechanics had weakened following his inactivity. He’s feeling much better following his wrist injury, and now, he and the team are working really hard to succeed this split and break the stranglehold that MSI finalists Liquid have on the LCS title.

TSM now have added dynamism with the ability to interchange their junglers, and the friendly competition between Akaadian and Grig means the two junglers could reach greater heights in their quest to lift the LCS trophy later this year.