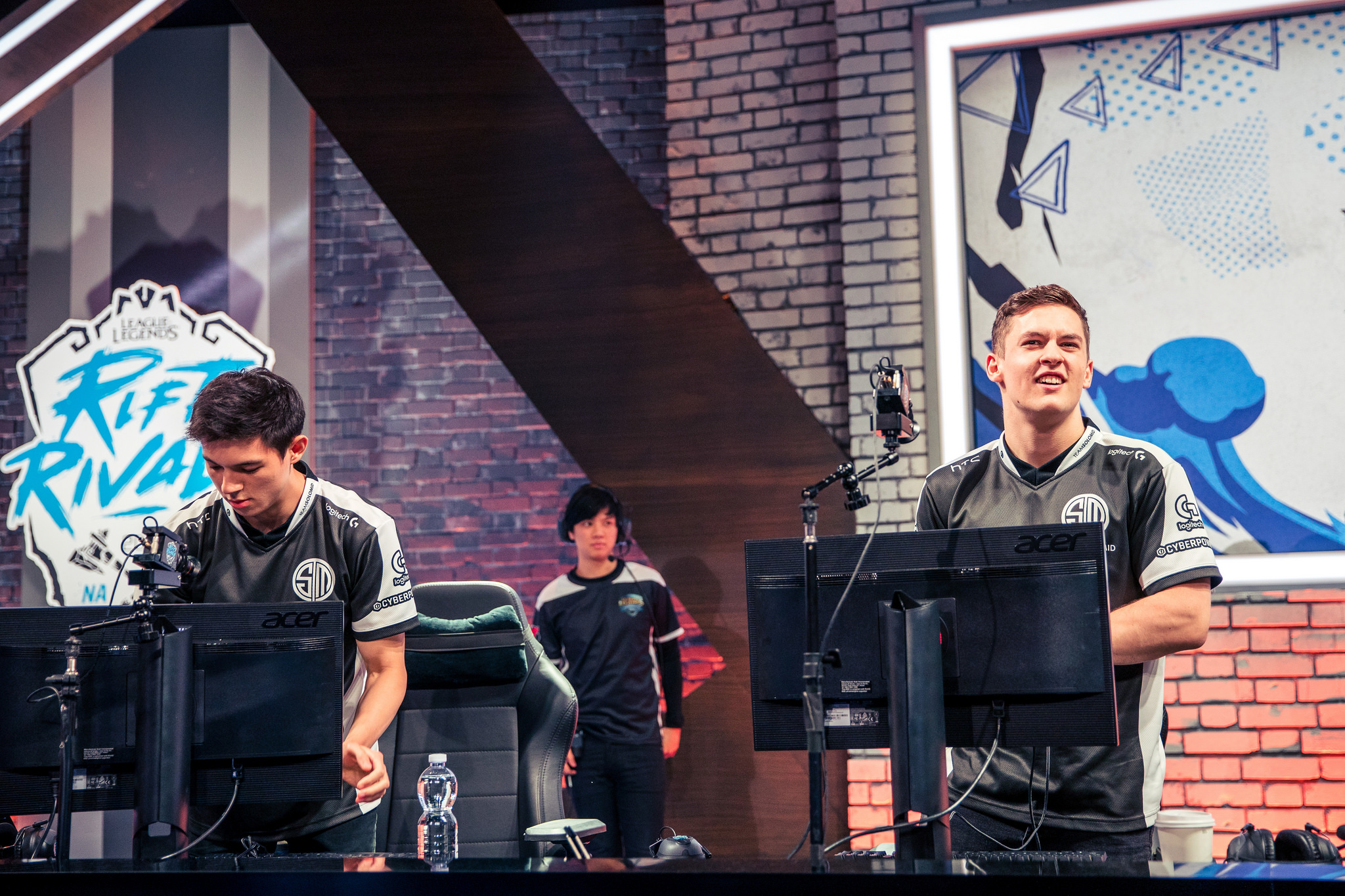 TSM was the lone team to go undefeated on the first day ofRift Rivals. After downing Fnatic, the favorites to win the tournament, they look better than ever.

That the entire analyst desk picked the European side didn’t matter. TSM out-drafted and out-played Fnatic for nearly the whole game. Aside from a couple early hiccups from top laner Kevin “Hautnzer” Yarnell, TSM responded beautifully to Fnatic’s pressure and distinct playstyle.

The turning point in the draft came when Fnatic locked in Anivia for mid laner Rasmus “Caps” Winther. Caps made his name playing high-damage carries, but Fnatic apparently valued the zone control and wave clear provided by the ice bird.

But TSM had a good response ready. They got Syndra for their own mid laner, Soren “Bjergsen” Bjerg and also Ashe for ADC Yiliang “Doublelift” Peng. Doublelift had a lot of success on high-damage hypercarries Lucian and Tristana yesterday, but the team valued Ashe’s utility.

It became apparent that utility was the focus with Doublelift’s build. He went Essence Reaver first, a build that hasn’t been popular since Season 6. Despite the relative power of the Blade of the Ruined King, Doublelift understood that he wouldn’t actually spend much time matched with opposing ADC Martin “Rekkless” Larrson in lane. Rekkles prefers to roam to isolated lanes, giving Doublelift the green light to grab Essence Reaver and fire arrow after arrow.

He made good on that strategy, seemingly hitting every single ultimate. Several of them connected onto Caps, turning the Anivia into a corpse and giving Bjergsen a lead. TSM wouldn’t actually capture the mid outer turret for some time, but their continued pressure around the mid lane gave them four uncontested drakes, two ocean and two infernal.

Outside of there infernals, it was the dream teamfight scenario, and TSM took advantage of their comp and pressure beautifully, catching out Fnatic again and again. Crucially, they did so while accumulating CS leads on their key carries. Rekkles just wasn’t able to find the CS advantages he’s used to while farming alone. TSM’s shot calling has improved markedly as Doublelift has gotten more and more comfortable.

Eventually, TSM took a Baron and marched straight into the Fnatic base for the victory. They’re playing at an extremely high level right now, a level we haven’t seen them reach in the NA LCS this split.

On the other hand, the European teams look a little lost whenever facing an NA team with mid priority in the early game. EU has a host of talented mid laners, but Caps, Fabian “Exileh” Schubert, and Luka “Perkz” Perkovic have all struggled at various points. They’ll need to figure that out if they want to win the whole tournament.