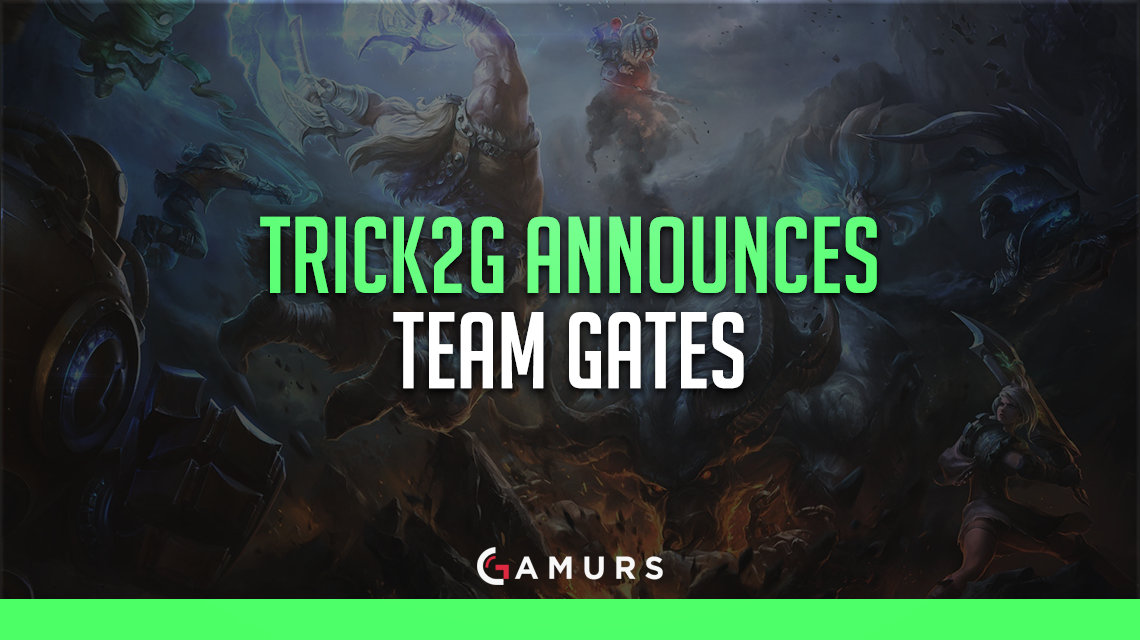 League of Legends Twitch and Youtube personality Trick2G has announced his plans for a new LoL team, Team Gates.

In a video posted to Trick’s Youtube channel he made it clear that there would be open tryouts for the team and used the team’s new slogan and hashtag “Preach the Breach,” claiming he wanted his team and players to “…show these old, washed up LCS players how it’s done.”

Trick said he was looking for several people to join the team, adding that he has already secured a mid-laner, but anyone Master Tier 400 LP and above can try out for the new team that will make a push for the League Championship Series in the future.

… If you’re looking for a team… and trying to compete in the LCS this is the spot.

The Team Gates’ Twitter account has already grossed over 34 thousand followers at the time of writing this just a few hours after the announcement video from Trick. The website connected to the Twitter account is currently Trick’s own site, and it is unclear on whether or not the new team will have their own spot. What is clear is once a roster is secured Trick2G and the players will go through the gauntlet that is the Challenger Series and hopefully land themselves a spot in the LCS to show off some of that new young talent that Trick speaks so highly of.

Do you think this new team will find success in the future? Let us know what you think by commentating below or by tweeting us @GAMURScom.