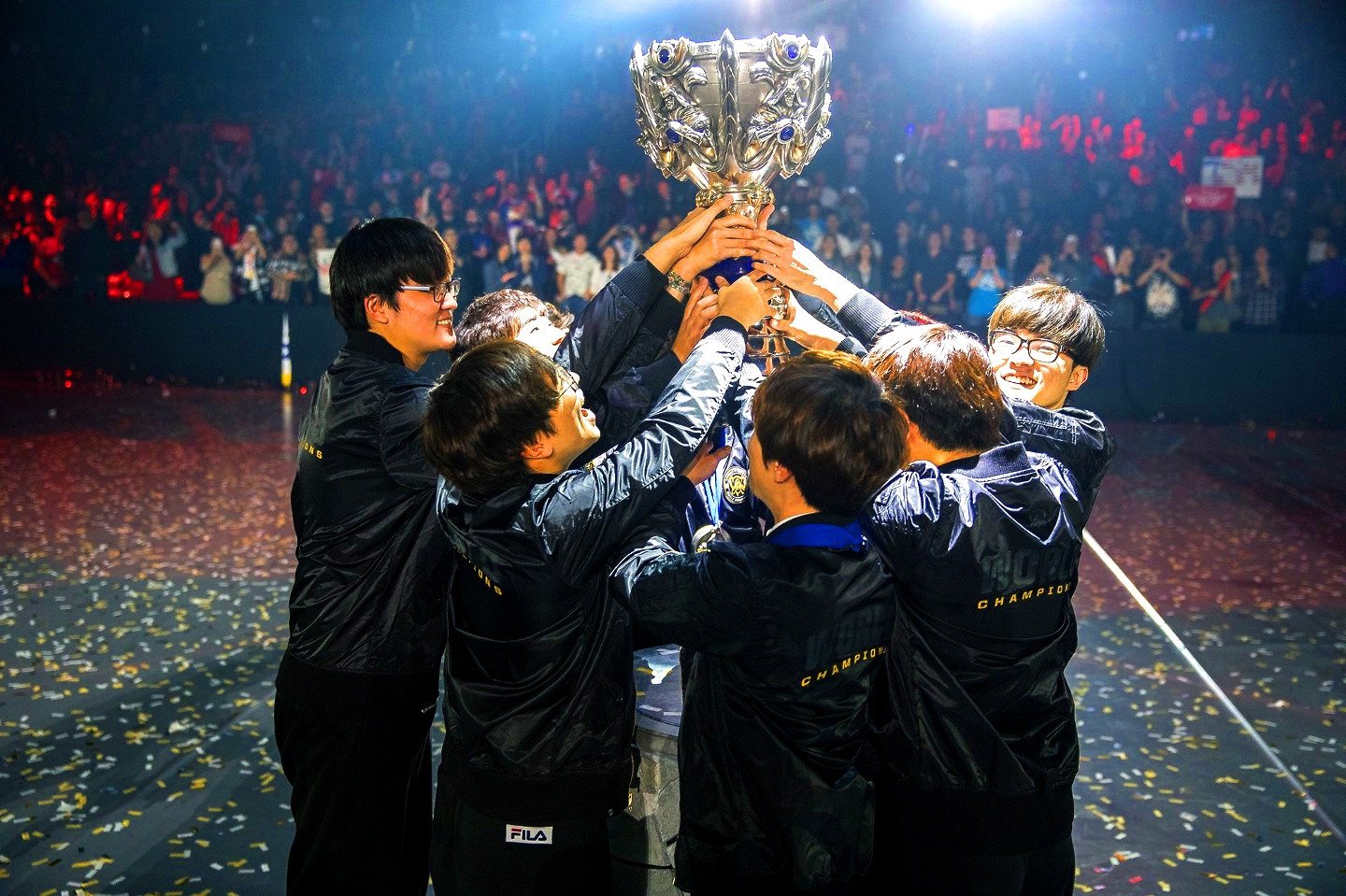 Twenty-nine minutes into game three, no one expected a five-game series.

There had never been a five-game Worlds final. And now, a thrown-together squad of promising rookies and journeymen veterans was down two games and 9,000 gold to the best League of Legends team of all time.

SK Telecom T1 was on the verge of securing a third Worlds title in four years. They were playing with plenty of bravado as they moved to take what would have been a championship-clinching Baron.

It was at that moment that Samsung Galaxy’s incredible grit kicked in. What did they have to lose?

No one expected them to beat SKT T1. No one even expected them to make it to Worlds in the first place. After all, they finished an unspectacular fourth in Korea’s LCK in the Summer Split and didn’t even make the playoffs in the Spring Split.

But after they got past KT Rolster, a team to which they’d lost 19 straight games in the regional qualifier Samsung went on an incredible Worlds run.

They breezed to a 5–1 record in the group stage against Team SoloMid, Royal Never Give Up, and Splyce. They entered the finals on a 10-game winning streak after sweeping Cloud9 in the quarterfinals and H2K in the semifinals.

With their backs against the wall just before the 30-minute mark of game three against SKT T1, Samsung’s AD carry Jaehyeok “Ruler” Park cut off his SKT T1 counterpart Junsik “Bang” Bae, who was attempting to join his teammates at the Baron pit.

Ruler’s Ezreal chunked down Bang’s Jhin and then SKT support Jaewan “Wolf” Lee’s Nami. Ruler then tagged SKT mid laner Sanghyeok “Faker” Lee with a Mystic Shot before fearlessly using Arcane Shift to get right into the fray to finish off Faker, whose legendary dodges earned him the nickname “unkillable demon king.”

Samsung got three kills and doubled back to take the Baron. Forty-one minutes and many ridiculous team fights later, Samsung downed SKT T1’s nexus without ever reclaiming the gold lead.

The casters calling the game pretty much summed up how we all felt while watching.

SKT T1 eventually put Samsung to bed in game five to fortify their dynastyas the best team of all time. But that one fight turned what could have been the most boring Worlds final of all time into the most exciting.

The series was so good, we decided to pull together the top moments from start to finish for your viewing pleasure. Here they are.

As we mentioned before, Faker is hard to kill.

Alright, he’s not really unkillable, but it takes a lot. Samsung mid laner Minho “Crown” Lee, playing his signature Viktor, drops Chaos Storm on Faker’s head and then flashes forward to hit him with Siphon Power. Faker throws his hands up in frustration as he’s finished off by the very last tick of damage.

Most of us do some combination of crying and peeing our pants when we’re playing AD carry with a sliver of health and a Lee Sin jumps on our face.

Bang is not most of us.

The world’s top damage dealer of the Summer Split cooly dropped a Dancing Grenade and then unleashed a fourth-shot crit from Jhin’s Whisper to finish off the Blind Monk.

Let’s go right back to Bang for one of the hardest-earned double kills you’ll ever see. With his team trailing, Bang eats a massive Death Ray, gets exhausted, flashes out of a Karma tether, then somehow burns down two health bars while being smacked with bullets from Jhin’s Curtain Call.

Here’s a survival story that rivals “The Revenant.” With almost no health and an elastic glob of pure muscle bouncing all over him, Samsung top laner Sungjin “CuVee” Lee was a microcosm for his entire team’s Worlds run as he dipped and dodged and lived to fight another day.

Minutes after living to fight another day, it was CuVee’s turn to go on the offensive. When a team fight broke out in Samsung’s jungle, CuVee pulled off the teleport flank into Slicing Maelstrom that every Kennen player dreams of.

This one isn’t exactly a play, per say. But in game two, Faker got to play Ryze for the first time in a professional game since the champion was reworked. Faker is one of the rare pro players who generally doesn’t use skins, but to everyone’s delight, he didn’t pass up the chance to play the SKT T1 Ryze skin he earned from winning Worlds last year.

Pretty awesome moment for a legend of the game.

Even after the unlikely win at the Baron pit described above, Samsung still had to scrape and claw to recover. As a reminder, SKT T1 had a 9,000 gold lead. No one beats SKT once they’re ahead, much less by 9,000 gold. Had Samsung won the series, their jungler Chanyong “Ambition” Kang probably would have been named MVP for his many sick plays such as this Elder Dragon steal that sealed game three.

The hard work was already done by the time SKT T1 easily took down Samsung’s nexus in the decisive game five. Even though it wasn’t the most dramatic ending to a game, it’s a historic moment that merits remembrance.

Without further ado, here’s the game three fight that turned what could have been the most boring Worlds final of all time into the most exciting.

Thanks for this one Samsung, you deserve to be remembered as fierce competitors.