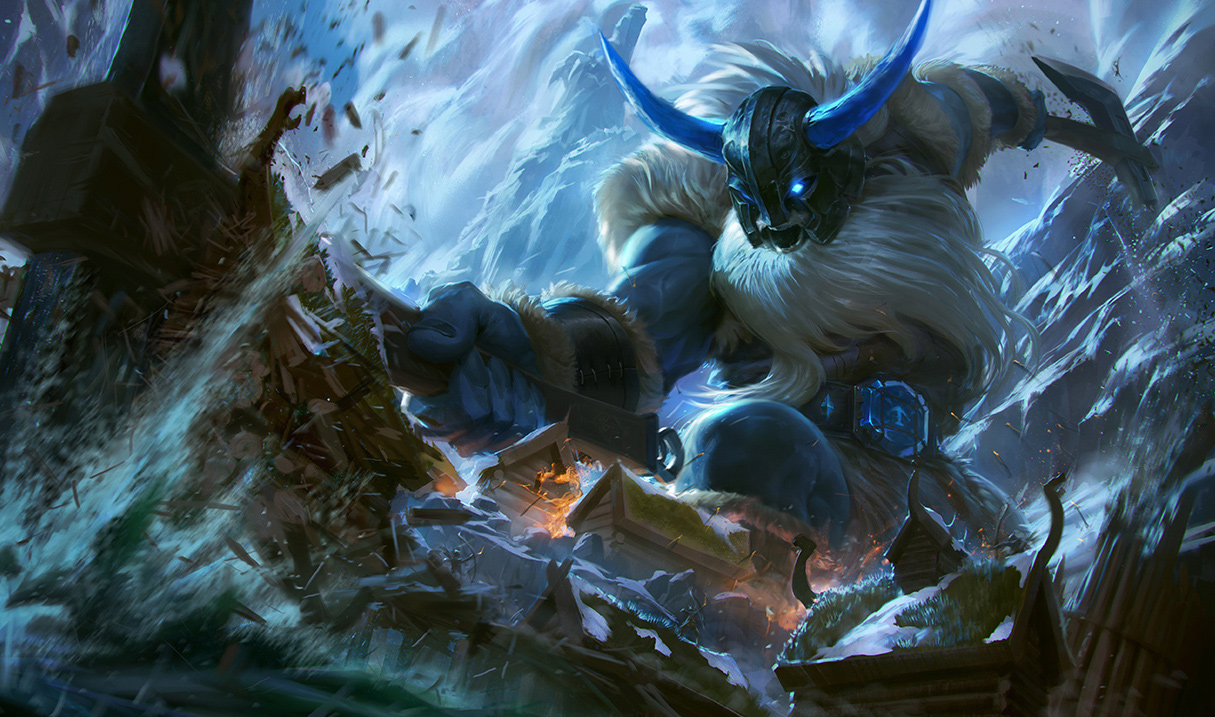 Olaf as a jungler has been popping up more and more in the professional meta at the 2018 League of Legends World Championship, but he’s doing something a little strange in solo queue. He’s quickly becoming a go-to pick in the top lane, and he’s performing better there than in the jungle by a long shot.

The stats don’t lie. On League champion and player performance site OP.gg, Olaf’s top lane winrate has skyrocketed to 52 percent in Korea, placing him as the fifth-best performing top lane champion. Typically, when a champion makes a surge like this in one of their off-roles, their playrate is rather low, indicating that only a few brave souls have chosen to one-trick the odd pick. This time, however, the playrate for top Olaf is a respectable one or two percent depending on the day, which is the same as his playrate in the jungle.

Olaf hasn’t been considered a top laner in a long time, and even when he was, he was still considered a better jungler. So what changed? Well, mostly, every champion except for Olaf changed, and therefore so did the meta. Irelia’s update skipped her right to the top, recent Darius buffs made him a solo queue favorite, and Urgot, of course, is still up there, too. Olaf’s secret is that he counters all of these champions, so when played in the right hands, he can stay afloat the solo queue meta despite not being considered a traditional top lane pick.

Against the likes of Urgot, Olaf can max his Q to give him better lane harass than almost any other melee champion in the lane. Not only that, but a Manaflow Band and Corrupting Potion can let him spam the axes to his heart’s content. Against Darius and Irelia, he can max out his Reckless Swing, walk up, dish out a heaping of True Damage, and throw axes at them to slow their advance when they try to engage. Olaf also performs quite well against Aatrox and Sion. He’s a very strange but very effective answer to high-damage, high-health champions in the top lane.

So if you’re getting sick of the current meta, hop on board with the South Korean solo queue meta and lock in Olaf. He may not be a man of many words, but one “Bromacia!” once in a while should be all you need.