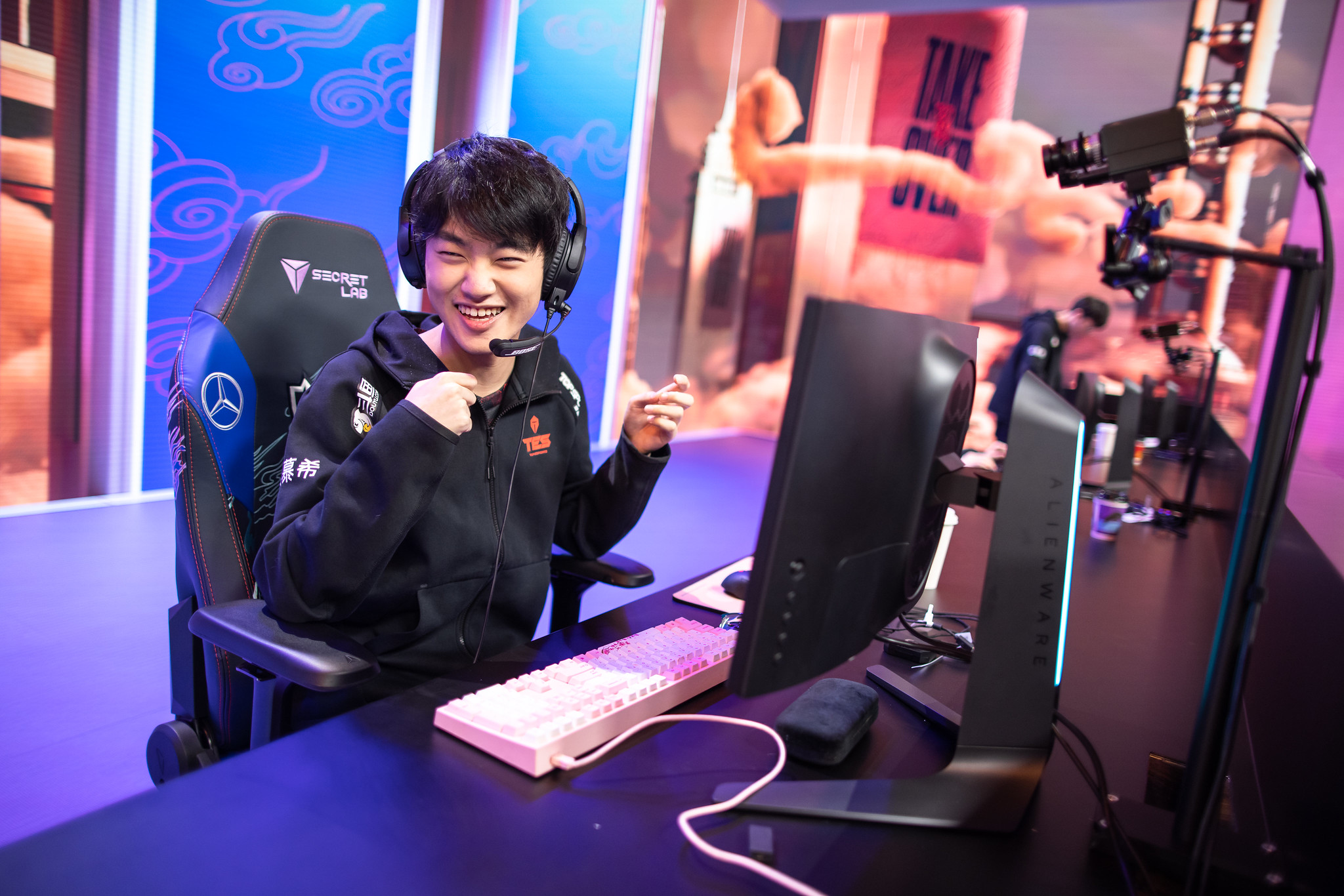 After a week of furious competition at the 2020 League of Legends World Championship, many teams have solidified their place as some of the best at the tournament. Aggression has been one of the biggest reasons for success this year—and China’s Top Esports are a perfect example of this. The star-studded lineup leads all group stage teams with 61 kills, according to Oracle’s Elixir.

The Chinese first seed looked dominant through their first three games of Worlds. They haven’t lost a game in a group consisting of Korea’s DRX, North America’s FlyQuest, and the LCL’s Unicorns of Love.

TES are willing to take fights as they come and they’re one of the smartest teamfighting rosters in the world. They have an impressive team KDA of 1.97, which is good enough for second place behind the LCK’s first seed, Damwon Gaming.

It also helps that through their last three matches, TES has a combined kill per minute average of 0.96. This means there’s almost a kill a minute in every game they play, whether it’s them or their opponents securing a takedown.

Superstar mid laner Knight and top laner 369 make up over half of the team’s eliminations with 17 kills each. In fact, 369 leads all top laners in kills, while Knight is second among mid laners—the only mid laner with more kills than him is LGD Gaming’s Xiye.

Sitting at 3-0, it doesn’t look like TES will be slowing down any time soon as they search for their first knockout stage qualification. This squad is touted as one of the favorites to win Worlds and many teams should be ready to fight early and often if they see this juggernaut across from them on Summoner’s Rift.