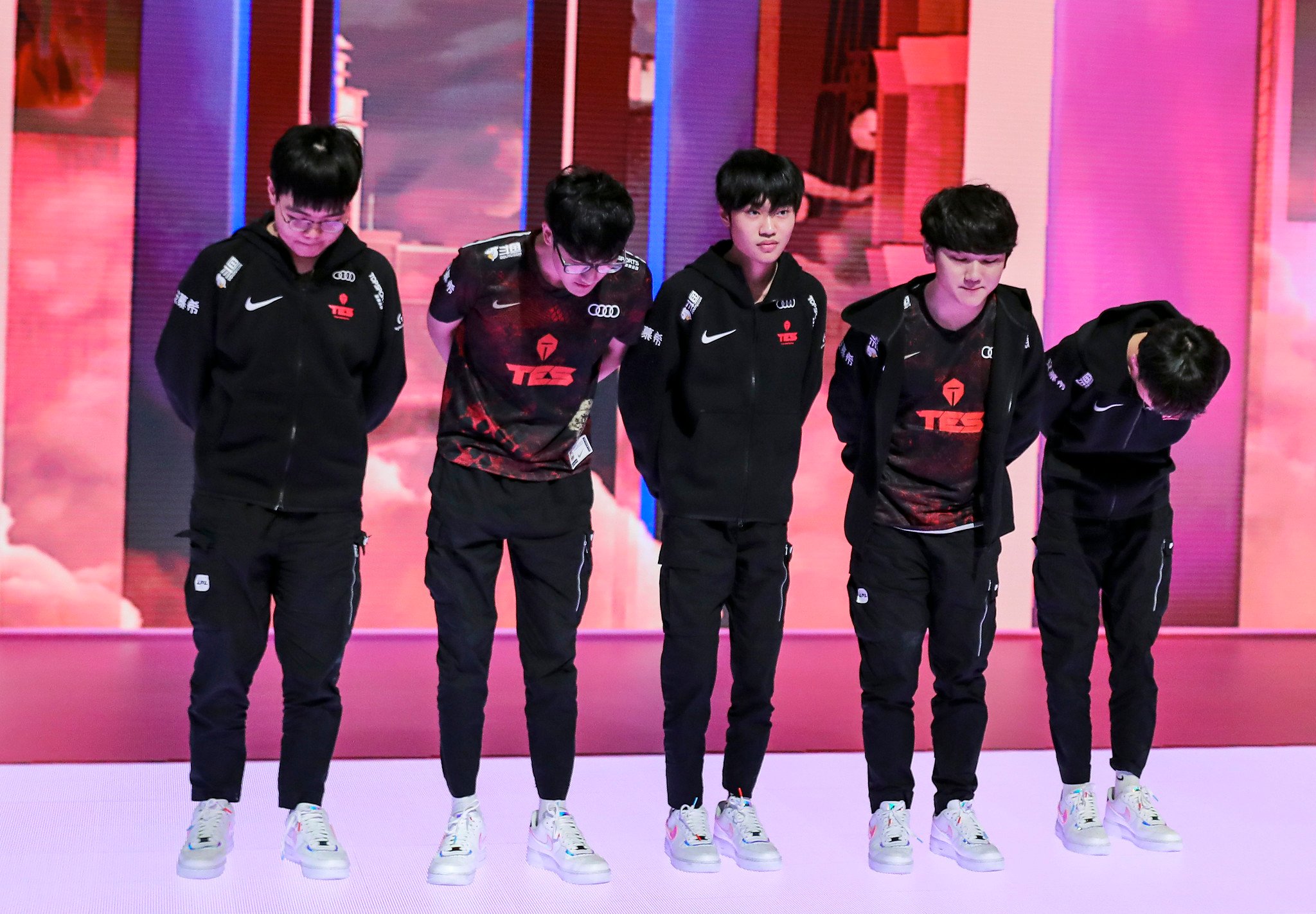 It’s been an exciting group stage at the 2020 League of Legends World Championship, and after two weeks of great games, we’ve finally reached the knockout stage of the tournament. Before the end of groups, Top Esports treated fans to another great performance against DRX to round out their dominant 5-1 record.

Throughout the group stage, people became accustomed to aggressive decision making, bloody teamfights, and high kill count games. This time, however, both rosters played out a chess match that didn’t even see its first kill until the 24-minute mark.

This game was a dance between two intelligent teams that looked to outdo their opponents with superior macro play and teamfight positioning. It was one of the most tense low-kill matchups, with the game teetering on a knife’s edge. Eventually, TES sprang forward with a huge shockwave from the team’s superstar mid laner, Knight.

Although DRX continued to fight valiantly, TES eventually captured the Mountain Soul, and a few more won teamfights would give the LPL first seed the well-earned victory. It was an important win, since it locked in first seed in the group, and also helped them bounce back from their loss against FlyQuest.

This victory also gave TES a quarterfinals matchup against the LEC’s second seed, Fnatic. The European squad had a good showing in Group C, with a respectable record of 4-2. The LPL representatives might be the favored team at first glance, but they shouldn’t underestimate how strong Fnatic can be.

Catch all the action when TES take on Fnatic in the first series of the knockout stage on Thursday, Oct. 15.