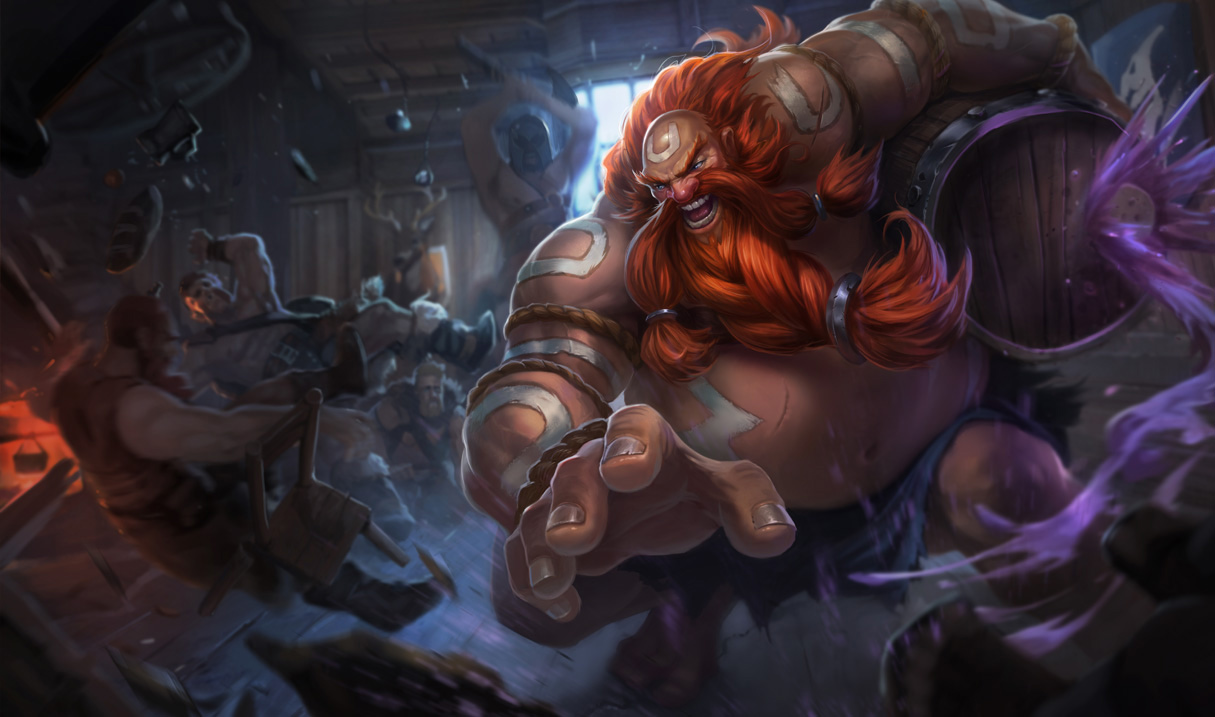 Four of League of Legends’ strongest meta junglers are being nerfed due to their dominance in pro play.

Lee Sin, Elise, Gragas, and Rek’Sai have been controlling the pro jungle meta for the most part for the last month or two. There are other strong options for jungle champions, but these four have definitely seen the most playtime. They have the four highest playrates in the NA LCS since Patch 7.12, according to pro League stats site Stage.gg. Rek’Sai is clearly the biggest problem, sitting at a confident 50 percent pickrate in all NA LCS games since Patch 7.12.

That being said, they don’t warrant a large nerf, so Riot is dishing out some small ones to them all. This should alleviate some of the pressure they have on the meta, so pro teams will feel more comfortable picking outside of this small champ pool.

Lee Sin’s base AD is being lowered by three points—from 61 AD to 58. This will ever-so-slightly lower his clear speed, but it shouldn’t affect his ganks all that much, and it certainly won’t have a big effect on his late-game performance. Elise is going through the same exact change.

The cooldown on both Gragas and Rek’Sai’s ultimate abilities are being raised at earlier levels to make them less oppressive, but Rek’Sai’s ult is actually being lowered at later levels. It doesn’t have that much of an impact in the late game, so having such a high cooldown on it then makes less sense. Rek’Sai’s unburrowed Q is also being changed to have less base damage but scale higher with AD. The AD ratio is being raised from 40 to 50 percent, which means players will want to build more AD on her rather than pure tank.

These changes ultimately won’t effect much. Elise and Lee Sin aren’t that dominant because of their AD, though, they’ve always been strong in almost any meta due to their insane early pressure and utility. Gragas getting 20 seconds added onto his ultimate won’t hit him that hard, but it still barely makes him weaker. He’ll probably remain a priority pick, but he’ll be slightly less strong, which would mean this nerf is a success.

Rek’Sai will likely be hit the hardest. Her rework in Patch 7.11 was intended to turn her into an assassin, but pro players remain building her almost entirely as a tank. This change will shift her again to have more power as an assassin, but less as a tank. She’s not that attractive as an assassin when compared to the likes of Lee Sin, Kha’Zix, and Nidalee, so she may lose a lot of pick priority. Essentially, if she can’t be played as a tank, it’s not likely she’ll be played at all.

With the next patch being the same one that the Worlds qualifying matches will be played on, Riot wanted to push these changes soon. These changes needed to be small so as not to upset the meta before these important games, and they’re almost entirely geared towards pro games rather than regular gameplay. These changes are all on the PBE, and are likely to arrive with Patch 7.15 in a couple of weeks.