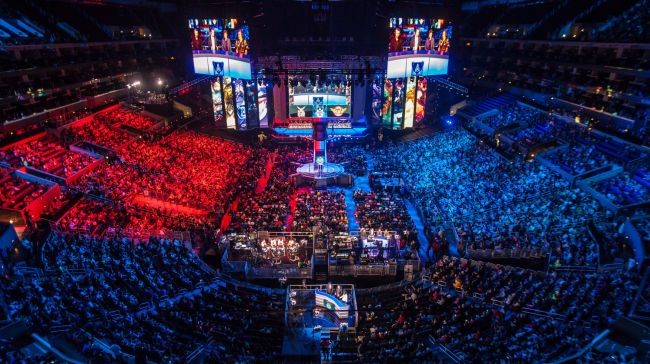 The World Championships are one of the most difficult tournaments to analyze because we don’t get to see the teams play each other before the competition starts. In fact, due to the high number of regional games and difficult time schedules, it’s possible to completely miss a team’s regular season. As a result, most fans and analysts have to rely on a limited size and heuristics to try and predict where teams will fall.

While I’ve seen a lot of interesting analysis heading into Season 6 Worlds, I’ve also seen a lot of analysis I would consider erroneous or at least to be overstatements. Here are three analytical errors I’d like to see fans and analysts avoid heading into the World Championships.

One of the most frequent analysis overstatements I see is that it will be difficult to judge a team’s level due to the boot camp. In particular, a lot of fans like to push the idea that while their favorite teams may not be able to compete with the best teams yet, they will be able to do so after improvements in the boot camp. While adequate boot camp training is certainly a big part of a strong World Championship performance, this train of thought is erroneous for several important reasons.

While individual teams certainly can improve at rapid rates during the Worlds boot camp, the truth is that it will be difficult to show this improvement because their rivals are training equally hard and improving at comparable rates. There certainly have been some notable upsets, such as the poor performance of Chinese teams in Season 5, but most teams stay at the same relative level before and after the World Championships.

Looking back on previous Worlds, the teams predicted to do well generally did well. In Season 5, SKT and the ROX Tigers were considered the two best teams heading into the tournament. Even though Fnatic and Origen had grown and improved during the boot camp and the World Championships, they were still both defeated 3-0 in the semifinals because their Korean counterparts had also evolved their gameplay.

There are also limits to how much a boot camp can help a team. This is because there is still a very limited amount of time before Worlds and it is also hard to quickly boost the individual level of players. I would consider the Season 5 Cloud9 team as one that took great advantage of the boot camp heading into the World Championships. The team perfected their fast-push comp and trained with Jensen’s pocket pick Veigar, which allowed them to jump out to a 3-0 start in the group stage. Unfortunately, the second week showed the limitations of a strong boot camp, as the team went 0-4 and failed to make the round-of-eight. Cloud9 had a better read on the meta than their opponents, but they just didn’t have the time to train more than a single strategy. In addition, some of their individual players were still vastly inferior to their opponents.

Focusing too much on orgs and regions

Another problem I’ve seen is the excessive focus on organizations and regions rather than the individual players that comprise these orgs and regions. This idea has become especially outdated in the current era, where teams frequently undergo roster swaps and most regions have begun importing foreign players. The other issue is that this kind of analysis overrides a lot of individual player storylines, which are much more interesting than generally inaccurate regional or organizational stereotypes.

To give a specific example, the LPL region played extremely poorly at last year’s World Championships. As a result, they’ve surprisingly quickly developed a reputation for choking at Worlds. Fans and analysts are expecting (or maybe just hoping) a similar underperformance this year, but that idea seems inaccurate. It’s not the regions that choke, it’s the individual players, and a quick look at some of the more prominent players on China’s lineups indicate that it’s unlikely they will fall apart at this year’s Worlds.

However, I’ve still seen a good amount of commentary that the Chinese teams, particularly RNG, will fail at Worlds “like LGD did.” The problem is that pushing a choking narrative onto the Chinese teams will overshadow the very good reasons why most Chinese analysts don’t expect RNG to make it out of the group stages.

RNG’s players have a good history of clutch performances, including during this season’s MSI. The addition of UZI, a player who has historically shone the brightest during the World Championships, further bolsters the argument against RNG choking. There’s a very good chance that RNG will play badly at Worlds, but it won’t be because they are “the new LGD.” It’s because RNG has been playing poorly together all split long. If they continue to play poorly at Worlds, it won’t be choking; it will be more of the same.

Going for a role-by-role comparison

The last issue I wanted to talk about is the tendency to go for a role-by-role comparison when analyzing teams instead of taking a holistic view at a team’s strategies and styles (This is an issue that Kelsey Moser has frequently brought up). The problem with this sort of analysis is that it often fails to separate the laning phase from the rest of the game. In addition, it completely ignores role players and gold distribution.

It’s certainly true that individual skill is more important in the current meta because of how powerful taking the first tower is. However, role-by-role comparisons usually don’t adequately measure and weigh all aspects of the game, nor do they take team play into account.

To give a somewhat hypothetical example, I frequently hear the G2 vs. C9 matchup discussed in terms of individual gameplay. The reasoning always goes that C9 has a much better top and a better mid, but G2 has a much better bot lane and jungler, so it will depend on who can carry harder. But the truth is that analyzing a match between these two teams just isn’t that simple.

For one thing, this sort of analysis doesn’t account for player styles. Impact is an aggressive laner, which is one of Expect’s weaknesses. On the other hand, Sneaky is a really conservative laner, so while he would fall behind against Zven, he is very resilient to getting killed. In addition, this sort of analysis focuses too much on laning. Even if one team snowballs ahead in gold, it’s also important to note that G2 has stronger macro play and should be able to avoid Cloud9’s attempts to snowball off of their team-fighting. While individual play would be really important in a match against these two teams, the game would come down to many other factors as well.

Do you agree with these three analytical errors? Let us know by commenting below or tweeting us @GAMURScom.