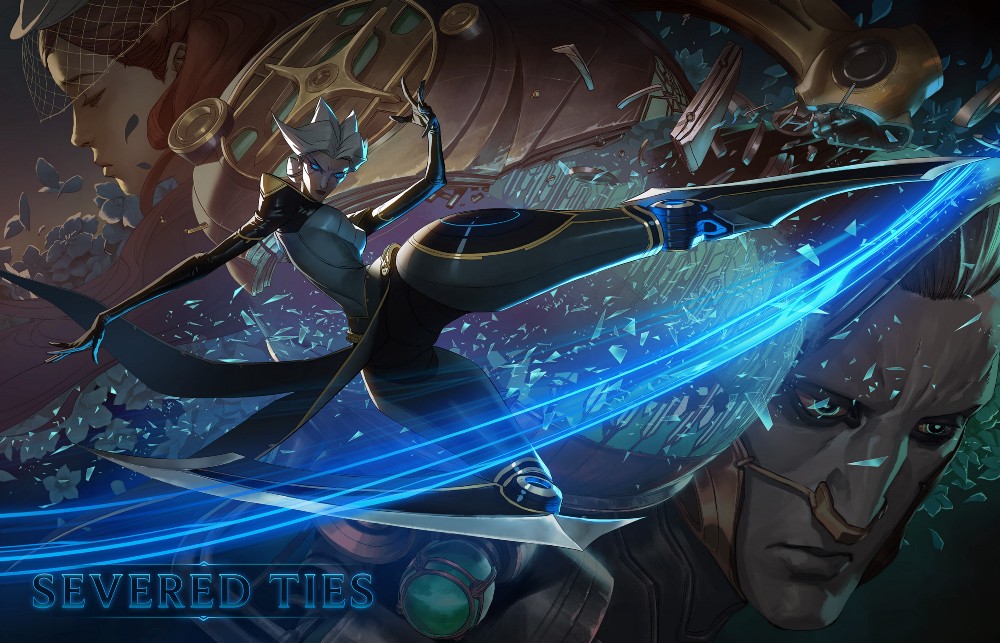 The comic short tells a story from the life of Camille living in the streets of Piltover, the technological capital of the League of Legends universe, Runeterra.

The story tells many details about her character and backstory, but more importantly, it hints at what type of champion she will be when fighting in the League. She stands atop bionic legs which have sharp blades in the place of normal legs from the knee down. She uses her leg-blades to cut down enemies with precision as she acts seemingly as a vigilante or perhaps an executioner on the side of the law. With her quick movements and agility, she looks like she might join the ranks of the assassins, a group of champions that recently have undergone a dramatic update to their playstyles.

The comic gives other hints as well. She has the ability to scale structures and use grappling hooks that fire from her lower body to swing from buildings. Will Camille be the first champion to introduce a mechanic of climbing and jumping from structure to structure? That would certainly be exciting, and it would fit perfectly into the high roaming potential created within the assassin archetype after its update.

If lore is your thing, here’s what we know about Camille: She holds the city of Piltover to a very high standard, as a well-oiled machine that must function with unison to achieve a state of homeostasis. She mentions “misshapen and defective” parts that do not fit into the machine of Piltover, and she takes it upon herself to cleanse the city of them.

This raises a couple questions: Is she a vigilante? Or is she working for a higher authority?

That—and all the details about Camille’s abilities—should be revealed soon.