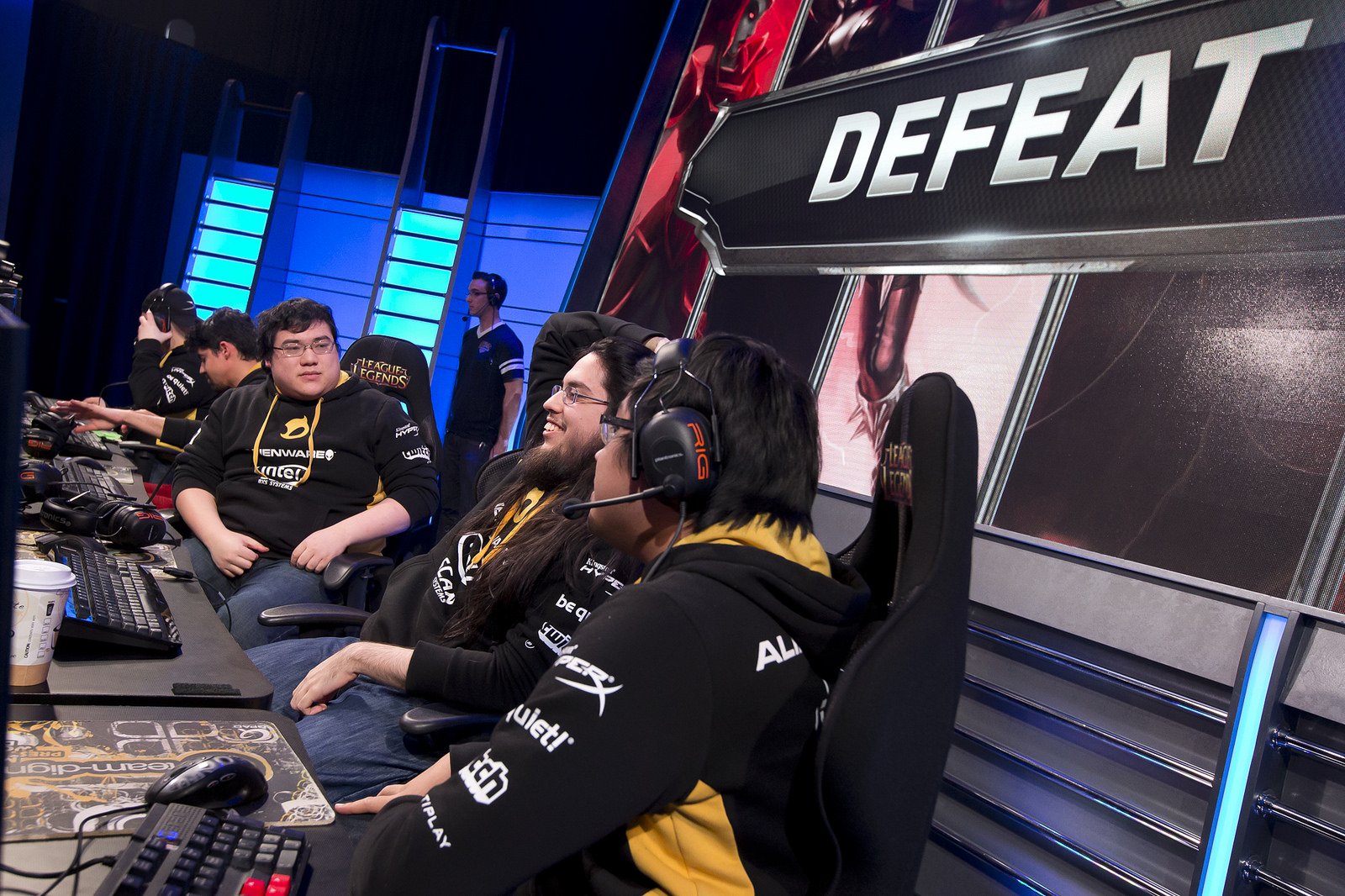 When the defeat screen arrives and one is left to ponder the reasons for having lost, many fall into the trap of simply revisiting the last mistake they made and resting the weight of the entire result upon it. That kind of linear thinking locks players off from an understanding of the mechanisms which guide their play throughout the match. The worst outcome of this kind of thinking comes about when one blames their team-mates, since with four people there is a good chance one of them made a mistake which contributed to the loss. Overlooking their own flawed play, they find the moment their team-mate “cost us the game”.

Even when one is reasonable enough to examine one’s own play, it can be too easy to simplify the equation and only consider that final moment and thus come to a simple conclusion as to what one will do next time. Had I not flashed too early in that fight I’d have won. If only I’d been lucky and they hadn’t crit me at that moment. I’d have won if I’d based a little earlier instead of staying for that last wave. With the problem narrowed down to a single instance, it is easy to imagine the solution has been found and will be remembered.

While there is an obvious merit to considering the last, and thus most memorable, deciding moment in a given game, it is short-sighted to simply base the outcome upon it entirely.

How did you get there?

Few basketball games are truly lost on the final shot of the game, even if the losing team indeed has someone miss a shot on the final possession. Ask a professional coach and he will rarely even bring up such a moment, but rather will begin with the bigger picture of how his team played defensively, adapting to the opponent and giving the requisite effort; how they passed the ball and created opportunities for each other; if a key player, starter or substitute, was unable to deliver his usual level of performance. An identical shot scenario may well not happen again with any kind of regularity, but those factors outlined will play a large part in determining who wins most future games. So it is with our matches in League of Legends.

With the exception of games which are incredibly close and lost as a result of a single large team-fight, most games are largely decided long before the nexus is destroyed or a team agrees to surrender. Even in such cases as the aforementioned, a team who loses a team-fight can likely consider moments in a game where they could have made better decisions and gotten ahead, rather than having the lead be so close as to allow one fight to end the game. One must look at mistakes throughout the game and the fundamental concepts which allow one to build advantages or overcome disadvantages.

Considering the impact of an action

Looking at such mistakes and moments of opportunity, it’s important to weigh them in two regards: their context in that exact moment and then their impact on the larger game, now that the result is known. Ideally, one would consider them in terms of their efficiency and effectiveness outside of the lust of result, knowing that the more efficient plays one makes the more victories will come, but we can forget that for a moment.

Consider how many games would never arrive at a difficult situation or one from which a key error would decide the result if the player in question improved some fundamentals of the game. Whether that be better laning, rotating as a team or fighting cleanly and not too chaotically. To paraphrase Chauster’s classic chastisement of Doublelift in Season 2: if you hadn’t have made such bad decisions, you wouldn’t have been in a position where you had to make an incredible mechanical play to survive.

The beginning or the end

It is worth pointing out a simple pitfall which one can fall into, and many are seen to on a regular basis, which may initially seem to be different from looking at the last mistake and yet is essentially the same. That is to simply look for the first mistake in the game which put one behind or allowed an enemy to snowball and push their lead. This is the same kind of linear thinking and does not advance the player’s understanding of the game much, as even if an identical scenario presented itself and they chose a different decision that will not necessarily help them with all of the many decisions still to be made before the game finishes and they have secured victory.