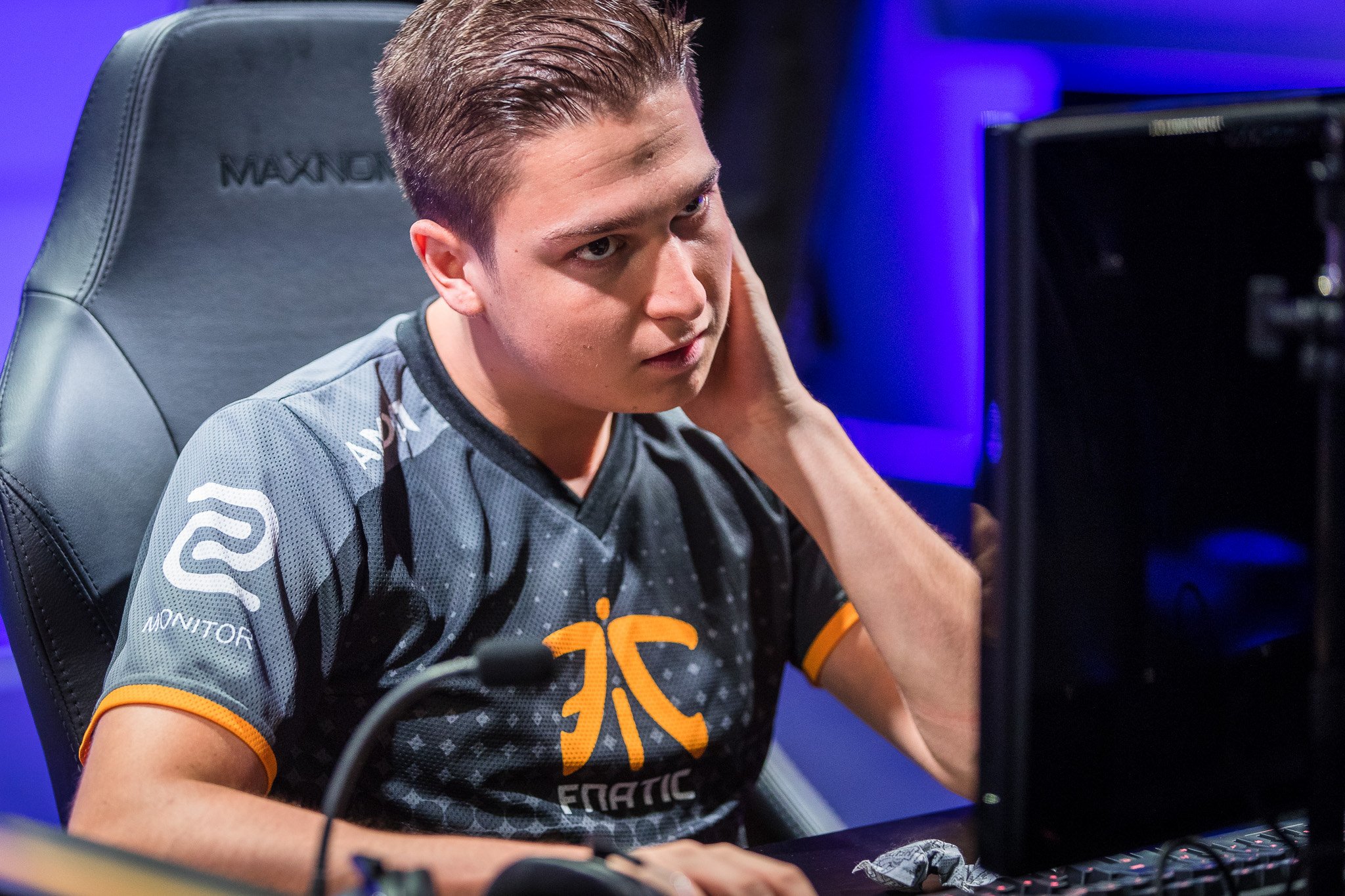 Dear Fabian “Febiven” Diepstraten,
This was your worst regular season and play-off finish since you entered the LCS. You haven’t been close to a title since Huni and ReignOver left for a bigger pay cheque and that must hurt. It’s in a champion’s nature to seek more titles, there can never be enough won. You’re rarely even spoken of as the best Mid laner in the Western regions anymore, with your name being drowned out by Bjergsen, Perkz and Jensen over this year and now NighT adding himself to the mix. This is the lowest point of your career since your days struggling in H2k, but it’s also an opportunity to expand your role and show yourself to be a greater player than any of us have seen so far.

I’ve seen so many young talented players who rise up initially but then fall away due to confidence or performance issues, choking away their opportunities and never making good upon the promise of their skills. You escaped that cycle and entered the LCS. You told us you’d be as good as Froggen and xPeke, two of the West’s elite Mid laners at the time, in only six months and you were right. That wasn’t idly thrown around arrogance, it was a statement of intent and commitment to becoming a great player and you did you made it happen.

As good as your regular season split was, I wondered if the anxiety of playing under pressure would reappear on the bigger stage of the LCS play-offs, only to watch you become an LCS champion in your debut season. As unexpected as UoL’s run was, PoE was coming for the title that day and practically any other Mid might have yielded it to him, but you held fast and lifted the trophy.

When you went to the Mid Season Invitational, I worried how you would cope with facing players like Faker and PawN. Players like Nukeduck have shown us that just believing in yourself is not enough against that level of player, you have to walk a tightrope of playing without second-guessing yourself and yet not over-extending and making unforced errors upon which killers like them feast. Imagine my delight when I saw you take the game to Faker and punish him every time he didn’t respect the distance of your threat. You lost, but you sent a message to the best player who ever lived and it still reverberates in the hearts of Europe’s fans. That’s who you are and we still remember.

When Europe was humiliated at MSI, as the region’s best team were too busy planning their next roster to properly prepare for a major international competition, you promised us you’d restore Europe’s honour at the next international competition and we had no reason to consider this unrealistic, after what we’d seen from you. I still think if FNATIC can qualify that you could make it happen. I don’t know how, but it’s the feeling I get – a sense of certainty that you won’t let the region down like Perkz did, win or lose.

Be selfish and help your team win

An aspect of your career in FNATIC which has impressed me has been your dedication to being a good team-mate. You do what is asked of you and have allowed others to shine (Huni) when they have been in position to be the focal point of the time or have the greatest impact upon the team’s chances for success. A lot of star player level talents have not learned that component of team success or struggle for many years to come to grasps with it and understand how sacrifice can elevate the play of others. There is another side to being possessed of the level of talent you’ve shown us, though. Sometimes, the team needs you to be the star and that means thinking about your own game and being “selfish”.

Part of why those other stars I spoke have fallen into the trap of thinking they always have to be the one to make the plays and have the game built around them is because in many instances they are right. They are the best player in their team, the one who is the most capable of winning the game and the best chance their squad has of victory. Huni isn’t walking through that door again. You are the best player in FNATIC and it’s time to play and act like it.

By being selfish and creating the circumstances you need to be the most successful from, you can perform the unselfish act of helping your team-mates. By taking on that responsibility, you lift that burden from their shoulders. They know they can win, because they have Febiven in the game and he leads by example. How can we be afraid of the opponents when we have someone who knows we can win making the bold and decisive plays necessarily to take us further in the competition? You can help your team-mates win by being the best Febiven you can be. They can’t do the things you can and they may not all have the confidence to, so do what must be done to bring back the win.

Do what must be done

Play the style that let’s you be the best you can be. The meta and coaching will always play a role in dictating what is effective, but you must find a compromise with your own strengths and ensure they are emphasised and facilitated. “Take the shot” whener you have the ball, to use sports terminology. With no Huni and the problems some of your team-mates have had, you have the green light to be the best player and make the plays only you are capable of.

Perhaps this FNATIC line-up won’t become champions and you’ll need new team-mates. Fine, let them come to you. Assert yourself as a great player and let it be known that players who play with you have a chance to win. They will flock to you. It’s time to become a leader within your team, not just one of the best players. We’re not talking shot-calling here, there are many kinds of leadership. In the game, you’ll lead as the best player. Outside of the game, you can enhance your chances for success by working to develop your team-mates. Instill in them the drive and determination to become better which has brought you this far. Explain your struggles and the lessons you learned.

Work to find their weaknesses and failings and find a way to help them in those areas, even if that means sometimes covering their flaws with your strengths. Lift your team-mate like that and he is now in a position to facilitate your own play to have even greater effect. 11 time NBA champion Bill Russell says leadership is about putting your arm around a group of guys and bringing them with you. Not dragging them or pushing them, but bringing them with you.

You were a champion and you can be one again. You are European and we start with the Mid lane here. You were Europe’s hope and you haven’t let us down yet. This can be the ‘Febiven era’ of FNATIC if you embrace this challenge to become more than you were before. I’m impressed with what you’ve accomplished so far, but I expect more, because I know you’re capable of it. You can become the greatest Western player who ever played League of Legends, but you have to earn it. It will be incredibly hard, but that’s how it should be. If winning was easy, everyone would do it.