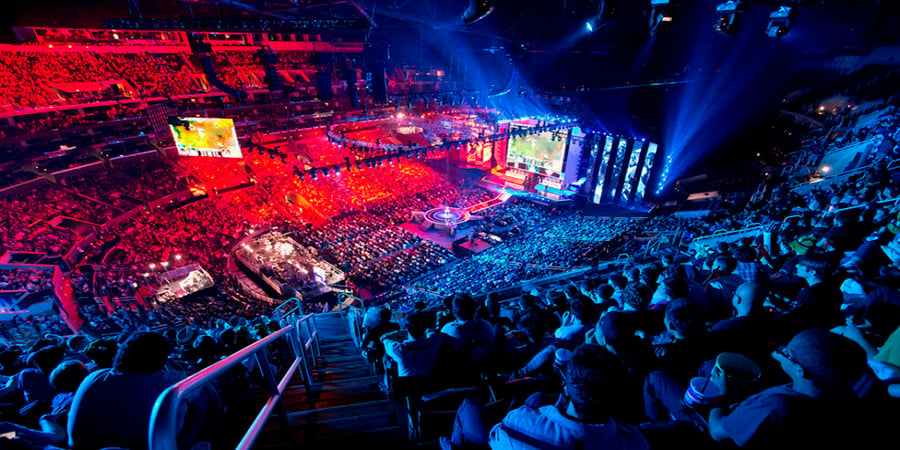 All of us are familiar with the time and true tested ‘conventional’ sports: soccer, basketball, baseball, hockey, softball and any other sport you can think of, but a lot of the general public has never heard of eSports. For those unfamiliar, eSports are a whole new brand of sport. Counterstrike: Global Offensive, League of Legends, Dota 2 are all PC games that have been garnering massive amounts of attention. Just how popular are these video games? To put in perspective just how monstrous these games are, look at the viewer rates. In 2014, 27 Million people watched the League of Legends World Championships, with 32 million watching the previous years. For reference, that’s more than the entire population of Saudi Arabia, Malaysia, Peru, Venezuela, or Afghanistan. The same year, 20 million people watched the Grand Finals of Dota 2, and this year, over 1 million people concurrently watched one match of Counter Strike: GO at the ESL One tournament.

Now, a lot of people may look at these numbers and try to write them off, but when you start to compare them to more conventional sports, the results can be a bit surprising. Last year, the Major League Baseball average viewer count was about 11.4 million. That’s less than HALF of the people who tuned into the League of Legends World Championships! In 2014, the NBA Finals had a massive 15.5 million but that’s still 25% less than the amount of viewers who watched the Dota 2 tournament.

Gaming has always had an interesting culture. Often, the stereotypes of a gamer are: overweight, unhygienic, socially-inept adolescents, or young adults who live in their mother’s basement. No longer do these stereotypes carry any weight. It’s just impossible with the amount of players there are! The people who play and watch gaming are just as diverse as any other sport. If you look at some of the pros such as League of Legends An “Balls” Lee, Lucas “Santorin” Tao Kilmer Larsen, or Counter Strikes aptly named Jaroslaw “Pashabiceps” Jarzabkowski you see young men who clearly blow these stereotypes out of the water. In the past, a lot of the general public has looked down on gamers as people who are wasting time, unproductive, or would be better off doing other things; but now gaming can connect people from all over the world and bring them a bit closer together (unless of course, you’re cheering for different teams or regions!). In my personal experience playing League of Legends, I’ve met countless people all over the United States, people from Canada, Indonesia, many European countries, and even Australia and developed close relationships with them.

These same gamers who otherwise wouldn’t be getting to know each other at all come together to watch the pro gamers make plays and play games. We see massive crowds and stadiums being filled in minutes to accommodate the huge amounts of fans who want to watch these games. And on top of that, we see more and more money coming into the gaming industry. These pros play for hours and hours a day, the same way a ‘true’ athlete would practice, and get paid by their respective organizations to win as much as possible.

We also see something else that has never before been possible. Pros can interact with their fans on a much deeper level than the conventional athlete. A popular medium of ‘streaming’ or players allowing audiences and fans to watch them play the game at the top level, has become immensely popular. Pros and popular faces come to play on popular streaming networks such as Twitch TV and Azubu to allow fans to watch and chat with the streamer. On top of watching these players, fans have the option to ‘donate’ or ‘subscribe’. Subscribing consists of paying a small fee per month to help out the streamer and allows them to speak in the chat with a notification showing they are subscribed to the streamer. All of the interaction with the fans causes players to get immense followings, with certain players such as Søren “Bjergsen” Bjerg or Enrique “xPeke” Cedeño Martínez having almost half a million followers respectively.

Personally, I’ve heard many people who just don’t understand the trials that many players go through. They think a video game is nothing more than pressing a few buttons and clicking. They often don’t realize some of the strategical movements and plays that end up happening during the game; often akin to the high levels of play you see in Chess and other logic based activities. On top of this, a study done in 2010 on pro gamers reactions found them reacting to visual stimuli almost as fast as fighter jet pilots.  It isn’t for everyone! It’s an incredibly demanding and competitive environment that can take a lot out of you, especially with the eyes of hundreds of thousands of demanding fans watching your every move and scrutinizing every play you make, and trust me, they are not afraid to make their opinions known if you screw up. It can actually be pretty physically demanding as well, pros may spend up to twelve hours in a single day playing their respective game, trying to hone their skills while being mentally taxed.

It doesn’t come without its glamour, however. Pros often are making a respectable salary (although not quite up to par with the more conventional athletes who make millions of dollars) and have huge fan bases that are there to boost their morale. Often after a tough loss or a well-deserved win, teams will meet up with fans and interact, signing posters, gear, or anything else that a fan may want autographed and continue to grow their fan base.

Organizations often own teams in multiple games, such as Fnatic having a League of Legends, Counter Strike: Global Offensive, Smite, Battlefield 4, Hearthstone, and a Heroes of the Storm team so fans can follow their favorite organizations across multiple games and follow different scenes. An interesting fact to note, however, is that many fans are more interested in the players themselves rather than the organizations they work for, which can probably be attributed to the closeness and interaction the Pros get from streaming their games. That isn’t to say there aren’t diehard team fans, obviously, quite the opposite. Hundreds of thousands of fans are die-hard for organizations such as Team Solomid, Team Fnatic, Counter Logic gaming, Ninjas in Pyhamas, and many more!

So the next time you see someone playing or watching video games, don’t judge ‘em. There are millions more just like them that they may be interacting with or cheering on their favorite pro. Gaming is only going to be getting bigger and bigger as more and more people get access to the internet and start to tune into these games. As this new generation of athleticism continues to grow, and more corporations begin to see just how many people are watching, more money will flow in which will only increase the viewership and demand for these games. The next generation of athletes may not be watched on your television screen, but instead on your very own home computer.