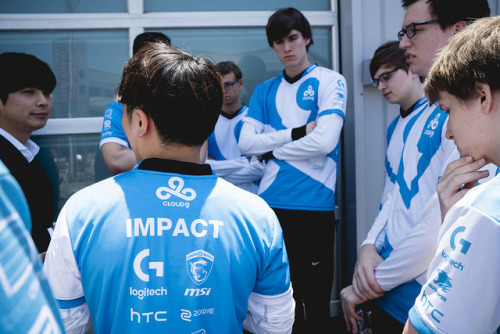 Before this split, Cloud9 embodied continuity. Since they broke into the North American League Championship Series (LCS) in Season 3, Cloud9 has been the most stable organization in the league. It took until the summer of Season 5 for the organization to finally make roster changes, two and a half years after they entered the league. Even then, the team only changed one of their players, initially removing mid laner Hai “Hai” Lam for European import Nicolaj ‘Incarnati0n” Jensen, before bringing back Hai in favor of longtime jungler William “Meteos” Hartman. Season 6 saw yet another roster swap, with Hai moving to support and the team bringing in Lee “Rush” Yoon-jae, but the team’s core identity, built around Hai’s leadership and shotcalling, remained the same.

After the first few weeks of games, it has become apparent that Jack made the right decision to move on from the old Cloud9 identity. Since the team’s close-fought final against Team SoloMid in Season 4, Cloud9 has never been in serious contention to win the NA LCS title. Their second place finish in Spring Split of Season 5 was more of a reflection on the rest of the league, as they were destroyed by the highly favored TSM in the finals. The next split, C9 fell out of the playoffs before making an exciting run in the gauntlet to qualify for worlds. This spring, C9 was defeated in the first round by TSM in another fairly one-sided series.

The C9 built around Hai’s shotcalling was excellent at playing around their strengths, but they suffered from the same repeated weaknesses that stopped them from returning to title contention. While this new C9 lineup has to undergo it’s own journey to win a championship, they have already improved on many of their predecessor’s weaknesses.

Even in Cloud9’s prime, the team has always suffered from a lack of playmaking in certain positions. During Season 3, analysts believed that C9 would struggle internationally against teams with highly active jungle-mid duos, as Meteos’s gameplay was focused on farming and support Derek “LemonNation” Hart was more of a follower than an independent playmaker. Although Meteos was able to shift towards an active style, Lemon’s issues remained throughout his time on Cloud9.

In Season 5, Balls’s decline from one of Cloud9’s strongest players to one of their weakest put the team at a much more sizeable disadvantage than they had ever faced. Top lane is one of the most important utility positions, due to the role’s high gold income and the strength of teleport. To make matters worse, Cloud9’s intelligent lane swapping meant that Balls was consistently large amounts of CS above his opponents, but he was not skilled enough to take advantage of these leads.

As competitive League of Legends has continued to evolve, it has become harder and harder to hide a sub-optimal playmaker, and Balls’s issues were ultimately revealed at the Season 5 World Championships. In spite of significant improvements this season, Balls was still more focused on keeping his head above water than making plays to help his team. In the playoffs, Hauntzer was able to consistently outplay Balls even though Balls often had large gold leads off of lane swaps.

Cloud9 has made an active attempt to find playmakers in the top, jungle, and support positions this season. Since moving away from his high econ style, Meteos has been one of the most active early game junglers in the league. Since returning to the NA LCS, Meteos has not lost a step and continues pushing out early game advantages for Cloud9.

The removal of Hai from the support position has effected the team’s shotcalling and cohesion, but the introduction of Bunny and Smoothie has given the team two talented supports capable of making independent plays. Hai was a limited individual player as a support, and was only mediocre even on his signature Morgana and Alistar picks. Bunny and Smoothie both have much wider champion pools and better individual mechanics.

The introduction of Impact over Balls has been the most notable move of the team. This Cloud9 is not as sophisticated in terms of lane swaps as the old team, but Impact’s individual skill provides much more flexibility to this Cloud9 lineup. Unlike Balls, Impact can competently play 1v1 lanes, even solo-killing Hauntzer in the team’s series against TSM. Impact also is much more capable of pushing forward his own leads. On the old Cloud9, the jungler was limited because there was not a lot of use ganking the top lane. Impact is able to reward his team’s investment in him by acting as an independent carry.

Getting Better Throughout the Split

One strange aspect of the old Cloud9 lineups was their tendency to decide on an identity during the offseason and stick to it throughout the season. Each C9 split, the team entered with a distinct identity built around the roster’s talents. Their ability to selflessly move farm around was a testament to their coordination, but the team also limited themselves due to a strange reluctance to adjust strategies in season.

In Season 3, Cloud9 stuck with their jungle carry strategy throughout the season, even after the obvious weakness of that strategy became apparent. Rather than adjusting, the team just kept crushing overmatched NA teams with the same strategy, which ultimately hurt them when it came to the World championships. In Season 4, the team worked on their diversification before falling back into old bad habits in Season 5. Although the team’s lane shove strategies propelled the team through the gauntlet, they were once again punished for their single-mindedness at the World Championships. During this last spring, Hai once again created an identity tailor-made to his teammate’s strengths, repeatedly ganking Jensen’s lane to snowball the team to victory. Although the team earned the third seed, they were defeated by TSM because Bjergsen was able to individually surpass Jensen.

It is difficult to say whether or not this tendency to focus on single identities was an inherent flaw on Hai’s leadership or if it was simply the result of a lack of individual talent. Even during Hai’s prime in Season 3, he was a few levels lower than the other top mids worldwide, and the team may have decided that their resources were best spent on their strongest mechanical player. In Seasons 5 and 6, Balls’s decline and subsequent timid play meant that the team had no choice but to pour their resources into the bot lane after early season attempts to focus on Balls failed. This seems possible, as Hai’s in-game adjustment abilities seemingly run contrary to his team’s reluctance to adjust from game to game.

Regardless of the reason, this C9 team has shown a much greater willignness to try and diversify their strategies in season. Their attitude has been bolstered by a best-of-three format that both encourages experimentation and provides more games of practice. The most obvious example of this is the team changing supports, but they have also tried to improve by putting players on new picks and developing new strategies. For instance, Meteos is currently most comfortable on Rek’Sai, a champion that was highly popular during his initial tenure on the team. In some of their recent games, they have had him practice Kindred, a power pick that he still is not fully comfortable on, but which may become an important factor during the playoffs.

Over the last two years, Cloud9 has gone from NA LCS champion to simply a championship pretender with no real hope of winning the North American title. This season’s large roster swap is an attempt to correct the team’s longstanding issues. Before the split, C9 suffered from a lack of playmaking in individual positions and they only once (in Season 4) grew and developed new strategies as the season went on. This Cloud9 lineup is full of playmakers and have already improved drastically in the first few weeks of the season. Although fans may wish for the old C9 lineup or cheer for C9’s Challenger squad, it is clear that this group is Cloud9’s best chance to reclaim the North American championship.