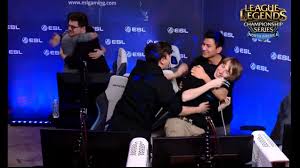 A team who is down two games in a best of five in all odds will not be victorious. It isn’t impossible, but the chances of your opponents not adapting to your fixes are small, especially in a professional environment. But lightning does strike the ground every now and again, and Coast were able to pull off a huge upset this past Sunday by being down 0-2, then coming back and winning three in a row. Below I have it broken down, so you can see for yourself where the tide truly turned.

Before I jump into analysis I wanna show some stats that will help put this series into perspective.

So the obvious thing staring us in the face is this Rumble/Maokai match up. One of the things that made this Rumble pick so successful was the immense power he brings once he hits level six. He doesn’t even need a completed item, give him haunting guise and level six and Rumble can melt faces.

What happened to you Lee? The biggest disparity  for our visually challenged friend is the lack of presence he suffers in a team fight. Yes, he is a great play maker, gap closer, jungle thief etc, but besides his ultimate he provides no other cc or zoning. Whereas J4 has everything Lee Sin does, but with a huge zoning tool for an ultimate, which you will see was the key for Coast in their comeback games.

This message was brought to you in part by the letters “AOE.” All the champions on the winning side have some form of AOE in their kit. Kassadin roams and makes plays, Xerath hangs in the back and provides damage from a safe distance, and Ziggs provides complete zone control and tons of AOE/cc.

Yeaaaaaaaaah. It really surprised me how much priority their was for the first pick Corki in these games. Though hindsight is 20/20 its clear that the mobility & high burst damage of Lucian not only worked better in these team fights, but honestly has more options when it comes to his build. We saw a Yommu’s Ghostblade in Game 5 which provided very early game power in the form of The Brutalizer. His ultimate is also a great disengage tool as well as providing wave clear.

Nothing unusual, this table really just shows us that the success was really dependent on the individual player, not so much the champion. But with the statements I made above this applies as well, the Janna pick was so powerful because her Monsoons would completely stop any sort of positional advantage Fusion had in a fight, and then Fusion would be picked off in their scattered state.

This is a pretty clear cut example of how Fusion likes to win their games. They wait for the mid game team fight and use their power spike to dominate over objectives, where they snowballed their victory from there. One of the weaknesses that Fusion have is closing their games. If you look at the 30 minute mark your thinking, okay an almost 10k gold lead, why did the game need another 20 minutes? Fusion seem very hesitant when it comes to taking down inhib turrets. They could have easily brute forced their way in, but decide to not take chances, or if they lost one member then they would peel back from a still winnable fight. Though they eventually found their engage and closed out game one.

Fusion were a bit more decisive in game two. Early team fights from Fusion (which is where they thrive) were quite spectacular. Maknoon laid down an Equalizer followed by Nien spraying a Culling overtop to chunk down Coast. Nien looked so much more comfortable on this Lucian, he was going ham in team fights and was a handy janitor afterwards to clean up the remaining mess. The best play in this game was when Coast tried to contest a dragon, and Fusion out rotated them in their own mid lane, essentially trapping Coast out of their own base. Cris made an engage trying to chunk down Nien, but had no follow up from his team (this was not the first time this happened…) and Fusion were able to take an inhibitor and a Baron off of this encounter. Feeling that a 13k gold lead was sufficient this time, they stormed in the base of Coast shutting down the game.

Here is where it starts. Coast finally realize that Fusion are simply picking mid game power spike champions, forcing team fights, then snowballing a lead. Knowing that Fusion would first pick the Corki, they instantly grab the Rumble which forces Maknoon off of a champ that scales well with his preferred method of playing. The pick up of Janna allows for instant disengage, and the Xerath provides damage from an almost untouchable distance. This game was not as exciting as others, it seemed as if Coast were scared to lose what lead they had, and Fusion were scared to give up anything more than they already did. Multiple Janna Monsoons create instant team fight advantages and allow Coast to take objectives such as Baron and an inhib turret. The sad thing was that wen Fusion got desperate they started forcing fights hoping to outplay them with mechanics, but that wasn’t the result, not even close. After one last ditch effort Fusion get ace’d, and Coast take their first win of the series.

This pick and ban phase was hysterical. Coast first pick the J4 which makes Fusion think they can first pick top, so they decide on Lissandra since now it’s finally unbanned. Problem they realize is when they see Rengar locked in it’s not a jungle Jarvan, it’s going top. Coast mind fuck Fusion, Unicorns of Love style with this Lissandra counter pick. After two minutes in lane Maknoon started roaming cause he he knew there was nothing he could do. This did work out at first, thanks to Maknoon they were able to secure two kills onto Jesiz and apply pressure mid and take objectives. The team fights proved two much for Fusion, when they tried to peel off of dragon, Jesiz snagged two people with an Orianna shockwave and Coast were then able to pick Fusion apart. These trends continue, with Jesiz zoning out the back line, Cris engaging the front line, Impaler & Mash then proceed to taking names. Fusion continue desperation fights but can’t win with such a large deficit of items. Even any attempt to get any vision back in their own jungle resulted in instant death. After one baron buff and a three man shockwave Coast pushed it to game five.

This game started off with everyone trying to get the earliest lead possible. Both duo lanes started a jungle camp before coming to lane, and whenever Huhi had his wave pushed into Jesiz’s turret he roamed down bot lane almost securing first blood. After a frantic laning phase, both teams calmed down quite a bit. It was a constant tug of war with minion waves trying to wait for the perfect opportunity to engage. The problem however was that Fusion were not taking any risks, and Coast wasn’t giving them any chances. It’s ironic that the one game Fusion decide not to be overaggressive and start fights (and they had multiple opportunities staring at them) was probably the time where they should have. They stood back and watched Coast take five dragons from right in front of them with not even a Lee Sin “Q” to attempt to apply pressure. Coast were taking all the risks this time and it paid off big. One team fight Mash (lucian) uses himself as bait and all of Fusion follow him, completely ignoring the rest of Coast behind them, and then get stomped for their overreaching. Shortly after dragon number 5, Fusion finally attempt a team fight, but they were 35 minutes too late. With a sloppy engage (which you can make a case for all of their fights) Fusion were quickly dispatched, leaving Maknoon running away from Cris, and he did not get too far. Coast were literally jumping out of their chairs as they ran into the base, destroyed the nexus, and secured their spot in the NA LCS.