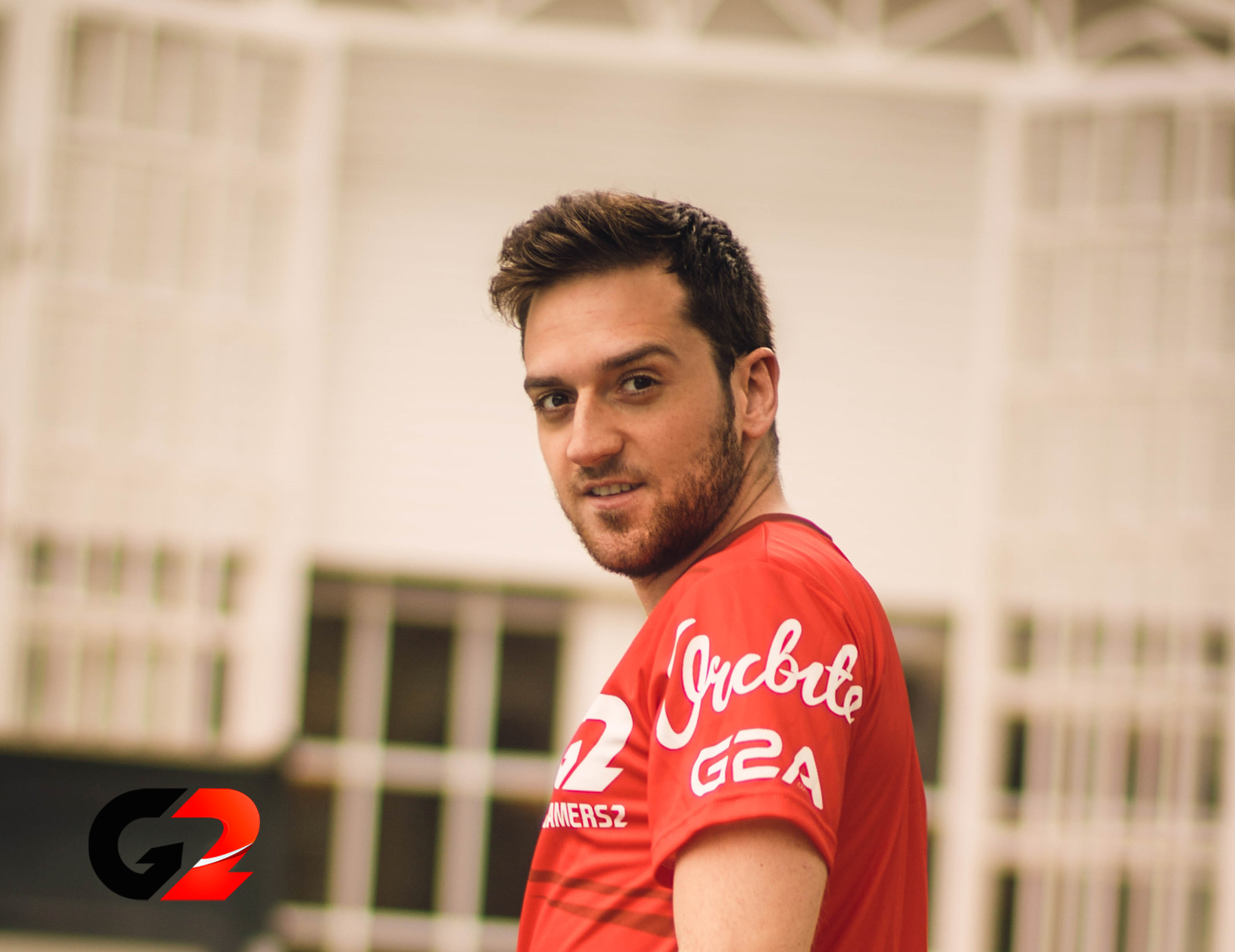 In a 3-1 victory over Season 5 World Championship semi-finalists Origen, G2 Esports finished their inaugural LCS split in first place, securing their spot at the 2016 Mid-Season Invitation. But G2 Esport’s success was not always written in stone. When Carlos ‘ocelote’ Rodríguez Santiago initially left his spot as the mid laner of SK Gaming in late 2013 to start Gamers2, the project was immediately dismissed by the community as a failure, and for good reason. Although ocelote started his project with funding from outside investors and a large personal fanbase, he had less social capital than rival organization. When eternal rival Enrique ‘xPeke’ Cedeño Martínez started Origin, he had the benefit of his personal reputation. Notable star players from all around Europe immediately signed up to play with him. On the other hand, while ocelote’s poor reputation in the community was always overblown compared to the respect he had from fellow pro players, established pros simply weren’t interested in risking their chances with ocelote in Challenger scene.

The organization, now known as G2 is unrecognizable compared to Gamers2, what many had considered a vanity project doomed to failure. G2 is now a European LCS champion with strong performing teams in other eSport titles. When considering the advantages other player-owned organizations started with, ocelote’s efforts building G2 is nothing short of extraordinary. In multiple key areas, ocelote outperformed his competitors through hard work and a willingness to think outside of the box.

A constant hunt for talent

Europe has always been a region well-known for producing talented players. When ocelote first started Gamers2, he considered providing skilled amateur players an environment to grow and develop as one of his primary objectives. Ocelote’s initial Gamers2 lineup, aside from himself, contained highly rated amateur players, such as Jwaow and Yuuki, who hadn’t had a chance to play on the professional stage. Although the Gamers2 lineup would repeatedly undergo changes, especially in the support position, ocelote’s attempts to use new European talents rather than established stars remains consistent. While ocelote’s use of amateurs rather than stars may have simply been due to a lack of interest by stars in playing with him, it’s undeniable that his diligent efforts to discover talents played a large role in the present success of G2 Esports in League of Legends. While other organizations too often hold on to failing players, ocelote was unafraid to remove members of his roster who weren’t performing to his standards. This willingness to find new talent was perhaps most apparent when in February of 2015, he completely disbanned his initial line-up, replacing it with the promising Team Nevo. Although Gamers2 did not always have the most reliable eye for talent, this aggressive approach in testing out players allowed them to identify top talent nonetheless.

Thinking outside the box

Ocelote’s hunt for talent was bolstered by a big picture approach that was unique in Europe. Two of the more contentious topics in the EU LCS have been the rise of imports and the use of coaches. Many veteran players have been outspoken against both topics. More generally the European region has been fiercely proud of their region talent. The conventional thinking among ocelote’s fellow Season 2 European mid lane titans Froggen and xPeke, stated that imports were, at best, unneeded and at worst could actually hold a team back through communication problems. By entertaining try-outs from other regions, ocelote avoided a self-imposed limitation that had hamstrung Europe before the success of Huni and ReignOver on Fnatic. Ocelot left no stone unturned in his search for untapped, talented players.

But he also recognized the need for the coaches and support staff needed to develop this talent. Whereas ocelote focused on unknown players for his player acquisitions, he consistently hired well respected coaches that had already brought in results. Although some of his coaching decisions didn’t work out, ocelot’s continued search for talented coaches including, such as Nick ‘LastShadow (LS)’ de Cesare , Hughbo ‘SoulDra’ Shim (ex-Gravity coach), Ram ‘Brokenshard’ Djemal, Jordan ‘Leviathan’ Thwaites (ex-Alliance coach), and Joe ‘InnerFlame’ Elouassi demonstrated his desire to help his players improve.

This diligent approach to discovering talent eventually unearthed the current G2 Esports squad. PerkZ, the reigning EU LCS Rookie of the Year and Play-offs MVP, and Trick, the team’s dominate Korean jungler, each had little competitive experience before their Gamers2 debut.

Placing the organization before himself

When ocelote founded his organization in early 2014, many derided his new franchise as a vanity project, an accusation which perhaps wasn’t out of line considering ocelote’s history. However, ocelote put G2 ahead of his own brand. Instead of streaming, or forcing himself onto a dying roster, ocelot made a risky personal investment that has only recently paid off with G2’s success.

When ocelote first started Gamers2, he was arguably the most popular streamer in Europe. Although players such as Froggen or xPeke were universally beloved and had more competitive success, ocelote’s consistent streaming hours and powerful pesonal brand gave him the advantage when it came to raw viewership numbers. Even during SK’s first season in the LCS, ocelote would maintain his stream and personal brand, sometimes at the expense of SK Gaming’s practice sessions. During his time on SK, ocelote was occasionally criticized by his teammates for putting his own personal brand ahead of the team’s success, criticisms that increased greatly after he left the team. When ocelote began working with Gamers2, he immediately cut down on streaming to focus on improving his personal play and managing the team, a risky decision that very few pro players would have made in his position. By reducing his streaming hours, despite rising viewership, ocelote was betting everything on Gamers2 becoming a success. While most popular pro players retire to focus on making easy money through streaming, ocelote’s risky investment was a necessity for the success of G2.

Ocelote took another further personal hit to his brand when he stepped down from G2 and retired from competitive play. Although ocelote’s play had greatly declined, he was still passable for the EU challenger scene, especially on champions like Lulu or Orianna. The former mid-lane superstar could have coasted on the back of more talented teammates to carry him into the LCS. However, the mid lane position has historically been Europe’s pride, and ocelote recognized that there were better players for the job than someone who was only acceptable at the Challenger level. By stepping down, ocelote opened the path for PerkZ to join the team. The decision to step down from play in favor of a better player is one which all player owners have struggled with in the past, and the timing of ocelote’s decision is among Reginald’s Season 3 decision to step down for Bjergsen for the best. In both cases, a former star on the decline stepped aisde for a rising European talent who went on to carry their organizations to the championship.

Not even considering the work ocelote put into making G2 a successful organization in other eSports titles, what he has done for the LoL division of the franchise is truly extraordinary. Although G2’s success seemingly came out of nowhere, on the backs of strong rookie talents. Acquiring these talents was the result of a long and diligent process by ocelote two years in the making. While G2’s ability to perform against the likes of defending World Champions SK Telecom T1, mata’s Royal Never Give Up or the rising threat of Taiwan’s Flash Wolves at MSI remains an unknown, what is certain is that ocelot will always be willing to change, adapt and innovate to give his organization the best shot possible.