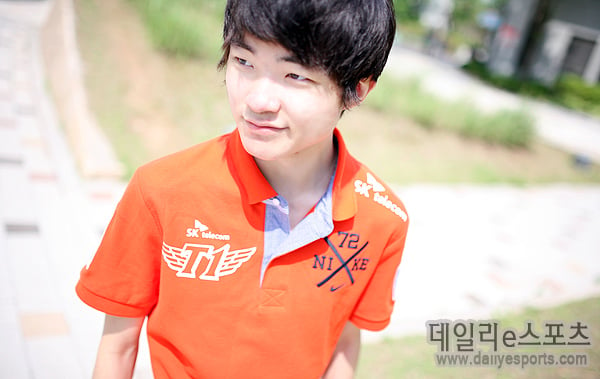 The most popular sporting competition in the world is the football World Cup, the coming together of representatives from nations across the world in order to determine which country currently rules the roost. Whilst League of Legends has in the past had a world cup of sorts, the World Cyber Games, to be a true world cup a team would have to be constructed from the best players of that nationality, rather than simply taking a team from the domestic circuit. Until LoL actually has a competition of this kind, we can only wish and wonder what the rosters might be like. Below I attempt to speculate on a few of the nations that might contend for the title, and the possible make up of their teams. In order to keep things interesting, I have set the restriction of allowing no more than 2 players from any domestic team.

Realistically Korea could send any number of different configurations of team and have a good chance of winning the tournament, and probably still be the outright favourites such is the wealth of talent the nation has. I think the best team they could send would be built around the two strongest carries in the world, Deft and Faker, with the top jungle and support roles designed to facilitate the playmaking ability of the latter and the incredible team fighting of both. Looper was the best tank/utility top laner in the world last year, and would be tasked with peeling and soaking up damage during teamfights. His excellent teleport usage and self-sufficiency in lane would both allow him to support the bot lane and allow KaKAO to focus solely on snowballing Faker. The most difficult decision in this roster is the exclusion of Dandy, but with the two player rule I feel Looper is a more necessary inclusion, with KaKAO an able replacement for Dandy (I know Dandy and Looper no longer play on the same team, but to make my selection more interesting I included them within the rule). This team would focus on allowing the mid jungle combo to make early plays, with Looper’s teleport supporting bot lane and dragon attempts. Mid and late game rotations would not be a problem with Mata shotcalling and directing vision control, and their teamfighting would be immaculate as every single one of these players is a renowned teamfighter. Anything less than first would be a failure for this team.

China could probably give Korea a run for their money, if they embraced the chaotic, aggressive and raw instinctive playstyle epitomised by Gogoing and Uzi. It might seem optimistic to think Uzi could work in a team where the top laner isn’t simply a sponge for him, but Gogoing could live by the motto that the best defense is a good offense, charging into the teamfight cc’ing and nuking opponents on carries like Ryze with Uzi barrelling after him for clean-up. Gogoing’s immaculate target prioritisation would allow him to nullify the most threatening targets to protect Uzi, whilst still maintaining his carry style. PYL is the experienced level head Uzi requires to temper his aggression when it is needed, and peel effectively in teamfights, whilst U has shown an ability to play whatever the team needs to accommodate the carries. The jungle position is difficult to select with Loveling out of contention, however Clearlove’s experience should permit him to effectively facilitate early playmaking from Gogoing and Uzi, allowing them to snowball into mid and late. I doubt this team could match the rotational proficiency of the Koreans, but they have raw talent to match them at the very least, and possibly on their day surpass them. A victory might be a stretch, but a 2nd place finish should be safe.

The Danish dynamite look a solid line up, if not for a complete lack of talent at the support position. Zorozero (if he could be coaxed out of hiatus) was the best top laner in Europe by far when he was playing, Bjergsen is one of 2 stand out western mid laners, and Svenskeren showed he has international pedigree at worlds this year. MrRalleZ has not quite had the same opportunity to show his strength but at the very least he could perform adequately on the world stage, if given the right support. Unfortunately Denmark does not seem to have the right support and would require a punt on a challenger talent, leaving the bot lane the weak spot on an otherwise talented team. The only possible option, in my eyes, would be to somehow bring Deficio out of retirement; whether he would be any good or even allowed to participate is entirely another matter. With strong carries in either solo lane and an incredibly aggressive playmaking jungler, there is every possibility that the bot lane could play safe and the solo lanes be enough to carry this team to a strong finish.

The United States have the benefit of sheer numbers to choose from when it comes to picking an international squad. Such a deep pool of players is bound to produce some talent, and indeed it has. Dyrus has shown for the last 3 years that he has the ability to be the steady rock in the top lane at any level, whilst rarely dominating lane never ever losing it. Dyrus soloing it in the top would free up Meteos and Hai to make aggressive plays in the bottom half of the map, to get Doublelift rolling. Aphromoo and Meteos have both proven able in the vision game, and with Hai at the helm the team would not be short rotationally. This relatively able team would hit their wall, however, sheerly in terms of raw talent. Dyrus is steady but unspectacular and Hai has repeatedly fallen short on the international stage. Meteos can’t carry in the current meta, and whilst Doublelift has the ability it is likely not quite to the levels of Uzi and Deft, even if he could get his head in the right place. Whilst they may fall short of the very top spots, semi-finals should be within their grasp.

There is most definitely some carrying ability on this team, if not of the consistency and calibre of some of the others rosters on this list. Zionspartan and Shiphtur have both shown they can solo carry NA LCS matches, but equally both have shown the ability to be entirely anonymous in games as well. The main carry on the team would likely have to be WildTurtle who performed admirably during Season 3 up to and through worlds, but throughout Season 4 was far more suspect, particularly during the laning phase, leaving his credentials as a world class carry up for debate. Sheep and Porpoisepops are good prospects, but unproven at the top level and would likely struggle to step up immediately. This leaves me to conclude that a Canadian team could probably not do much special, but may have the ability to take a series off of some of the better teams when on their game. Let’s call them dark horses, with the potential to cause an upset at some point.

Whilst this French team might not be the strongest on the list, I feel that it could be the most interesting and volatile. The first point of discussion would be the suggestion of moving Soaz to mid lane. As a lane dominant, flexible and mechanically gifted player he would seem to have all the caveats required of an effective mid laner, and it is quite possible that a move to mid could possibly remedy some of his supposed motivation issues. Yellowstar was the best support in the west last season, and by a long margin, probably the only support that could truly claim to be at an elite international level. Not only was his individual level incredible, he was supposedly the key shot caller on a Fnatic team that could at times be incredibly effective rotationally (although also at times terrible), and could fill the role of shot caller on this team. The top, jungle and ADC on this team are young and aggressive prospects with bounds of potential, pairing them with two incredibly experienced heads could lead to a surprising finish. Quarter-finals should be theirs, but further is not out of the question if all of the pieces fall into place.

Have any notable nations been missed? Where do you think the teams would finish? Have your say in the comments below!