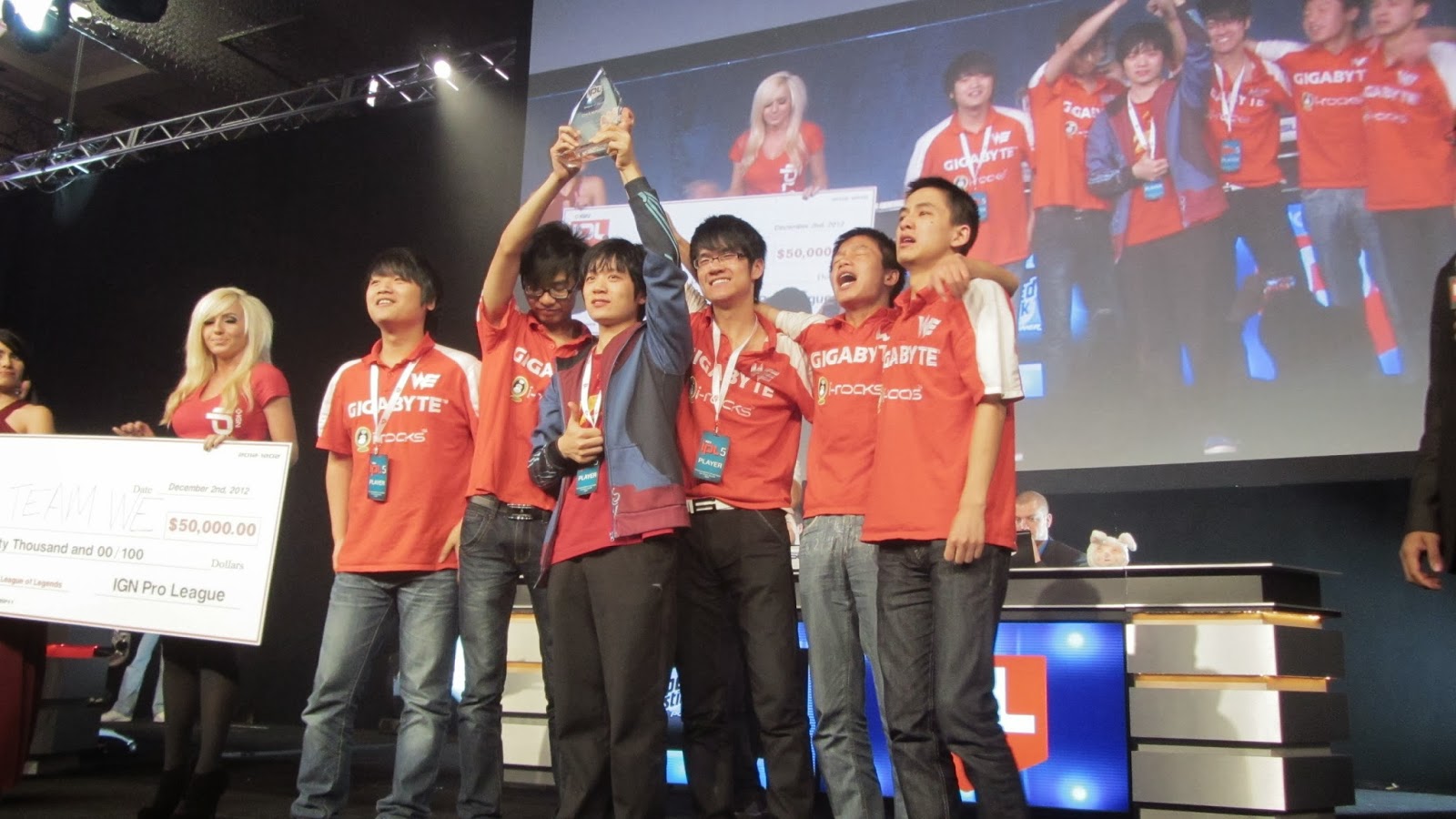 The hype and storylines of the great international circuit professional League of Legends once followed is lost on the new generation of LCS era eSports enthusiasts. Fables and myths of a legendary tournament in the aftermath of the Season 2 Worlds that surpassed any LAN that came before it or would come after it sounded like the stories of bitter old men, unappreciative of the steady LCS system Riot had bestowed upon the world of eSports.  This article discusses how IGN Pro League 5, regarded by longtime League experts and fans as the greatest international tournament of all time, gained its exalted reputation by bringing together the greatest collection of talent any League tournament has ever hosted.

Season 2 Worlds, while admittedly an exciting tournament represented by many of the great teams of the era, had many fundamental issues in its production, format, and team pool that gives IPL 5 the unofficial title of “The True Season 2 Worlds.”  First and foremost, the physical production by Riot left much to be desired.  Notable disconnects during the World Elite vs. CLG.EU series, the map checking controversy during several games (Azubu Frost’s Woong looking during their TSM game the most memorable), and long delays for extended technical difficulties diminish the prestige of the tournament.  Moreover, Riot’s format of giving all regional winners sans Azubu Frost group stage byes gave the tournament a sub-optimal format. Rather than competing in the round-robin stage, regional winners WE and TSM ultimately only played one series each (not to mention a mere BO3) before being out in the single elimination format.  Moreover, with teams like Fnatic, Curse, and Azubu Blaze not present, it’s to believe that the World Championship truly fielded the world’s best.

IPL 5’s 2 game round robin group stage with third game decider allowed for an interesting seed based system that rewarded teams that did well in their groups, but did not send losers home after only two games.  Whether the IPL production was not as constrained by time as Riot was or simply designed a superior format, the tournament allowed for many more exciting BO3 series between many of the dominant teams of the decade, one of the key requirements of a “World Championship.” Without this double elimination format many of the interesting series of the tournament (M5 vs AZB, Crs vs Crs.EU, TSM vs AZB, and TPA vs M5 to name a few) would never have happened and IPL 5 may have passed as another run-of-the-mill post-season tournament.

The Crossroads of Titans:

IPL 5 also acts as the battleground for effectively all of the dominant teams of the era as well as arguably the best individual players of the time.  These are some of the prime examples of the incredible talent pool featured at IPL 5 that helped to make it the perfect collection of the best of the age.

Team World Elite: The Best of the Era

After their underwhelming top eight finish at Season 2 Worlds, World Elite proved at IPL 5 that they were a force to be reckoned with.  With carries Misaya and Weixiao, each top players in their position (Weixiao decidedly the best AD in the world), WE would continue their success at IPL into Chinese tournaments over the course of 2013, placing at least top 4 at all nine events they attended.

Despite not qualifying for Worlds, Fnatic won Dreamhack 2012 decidedly against top-tier CLG.EU and attended IPL 5 looking to join the pantheon of top European teams. Strong solo lane play by xPeke and sOAZ (at the height of his carry top performance career outside of his recent play on Gangplank) backed up by the mechanically gifted Rekkles helped Fnatic take series off many of the great teams in attendance with their scrimmy, pick-oriented play.  Fnatic would continue their second place success from this event into a strong performance throughout Season 3.  The addition of Fnatic to IPL 5 helps to bolster its resume above that of Season 2 Worlds, Fnatic decidedly one of the best in the world at the time.

Fresh off their World Championship victory, Taipei Assassins proved again that they were a top tier team.  With terrific performance by the “Orianna God” in Toyz, TPA proved that strong teams could come out of the often criticized South-East Asian region.  However, by losing to Fnatic in two separate BO3, it’s clear that TPA were not quite the unbeatable world champion Worlds convinced fans they were.

Moscow 5: The Kings of the West

Even as the M5 era came to an end and Gambit took its place, the Russians continued to prove that they could compete with the world’s best.  Diamondprox playing in top form and the strongest individual jungler at the event (and arguably the world), M5’s chaotic mid-game team-fighting style overwhelmed opponents and carried them to a solid fourth place finish.

Froggen, Doublelift, and the CLGs

Despite recent roster and position swaps, CLG played far better than they had at Worlds, beating European sister team in a BO3 and losing close series to dominant M5 and Fnatic. Doublelift cemented himself as the best individual North American player of the time at this event, able to show off his incredible skill even with decidedly sup-par support Locodoco.  CLG.EU, while only tying with their North American counterpart for fifth, played incredibly during the event.  While staying true to their bread-and-butter slow, late-game focused play, CLG.EU showed its ability to play faster paced, assassin driven compositions as well.  Most notably, superstar mid-laner Froggen, entering his era as the best individual player in the world, played a Lee Sin mid which would help to usher in the meta of the AD assassin mid (Zed and Kha’Zix soon joining the fray).

Winners of the previous IPL and fresh off of their disappointing 0-2 loss to Azubu Frost at Worlds, TSM again disappointed its fans with underwhelming performances against AZB and CLG.EU. After spending all of 2012 as the undisputed best in North America, even taking a series against the dominant CLG.EU at MLG Spring Championships, Reginald and crew could not replicate their domestic success on the international stage, an inability which would plague them for events to come.  Much of this stemmed from Reginald’s declining mechanical skill and exploitable, overly aggressive play style.

After surprisingly not attending the Season 2 World Championships, Blaze sought to prove their strength as a team and of Korea as a region, much like Frost and Najin Sword had done at Worlds.  Unfortunately, they were grouped with the eventual champion and runner up of the event in Fnatic and WE and were sent to losers early.  Despite their mediocre performance this tournament, Blaze contributed to the greatness of IPL 5’s lineup, top laner Flame on the verge of becoming the incredibly hard top lane carry he was for much of OGN in Season 3.

At the Bottom, but not Fodder:

Other teams outside of these titans of the era showed decent performances and would go on to continued success.  Curse, after failing to qualify for Worlds, performed admirably at this event and would be led by Voyboy to great domestic success in the first split of NA LCS.  Curse EU, a relatively new team, also performed well, helping to put players like Creaton on the map.  Even teams that played poorly at the event, like FeaR and TD, would go on to be solid teams in the NA LCS as Vulcun and GGU respectively.  With its incredible resume of teams and players, great format, and hype series, IPL 5 earns its title as the greatest League of Legends tournament of all time.