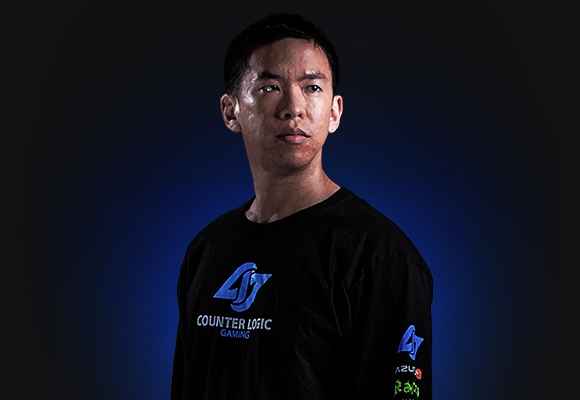 Without a doubt the most famous American player in League of Legends is Yiliang “Doublelift” Peng, the legendary AD carry for Counter Logic Gaming. Touted as one of the best mechanical players on the North American server, his greatest criticism was his lack of strong finishes. His performance at the 2015 World Championship will play a strong factor into his enduring legacy. What many have forgotten is that in the infancy of his career Doublelift was tutored by the greatest mind in North American League of Legends, Steve “Chauster” Chau.

“my personal impact on esports i feel is insignificant to most people. as for me being remembered, i have a feeling i will be remembered as that guy who played all those roles but started stagnating near the end lol”

The competitive League of Legends scene prior to season two was fraught with top tier players gathering and disbanding to win small events. The primary strategy was to “win lane, win game”. At the season one championship the metagame pioneered by the Europeans established itself as the best way to play the game. CLG moved Chauster from AD to support to train Doublelift as their new AD carry. Not only did he instill a sense of game knowledge to Doublelift he is also credited frequently as someone who taught the entire team how to play the game beyond the lanes.

“He had some radically different ideas and what’s interesting was  I remember when I was reading through that [AMA] later on a lot of the stuff he was talking about at the time that people thought that was just over analysis stuff was essentially sort of like the precursor to stuff like wave manipulation…All of these things later on became real metagame concepts that everyone had to learn eventually.”

As one of the first generation League of Legends players Chauster had a large impact on how one of the premier teams played the game. The underdeveloped support staff in the scene placed the burden of strategy on the players. William “Scarra” Li asserted that in the first generation of teams the top tier teams each had one player that dictated strategy, in CLG’s case this player was Chauster. Scarra’s praise of Chauster was not only for his analysis but his ability to explain the concepts to his team. The ability to teach and communicate with his teammates was one of his fundamental strengths yet it was something he considered he refined too late. Had the CLG roster been less dynamic his ability to explain and exploit the metagame may have given them a stronger resume.

While other teams struggled to develop or focused solely on lane matchups Chauster innovated more advanced team based strategy. His unique view on how the game should be played at the time was drastically different from those of his peers, but in the current environment it seems he had an incredibly accurate read on how the game would evolve. In his Grilled interview Chauster outlined his philosophy on the game: “It’s not so much… people get carried away, they think it’s about champion on champion, but the game is actually simply about towers and creep waves. It’s not about the champion. Everything you do is indirectly related to how the creep wave and champion and towers work out.“ Even in a modern context the idea that an individual champion is irrelevant sounds extreme, yet the core concept is sound. Regardless of the region minion wave management is critical to how teams play. Whether in North America giving it to their AD carries, or European teams giving it to their top laners, or the eastern style of simply diving whichever champion shows up to collect the wave. Chauster understood this concept in League’s infancy and used it to shore up weaknesses in CLG. Unable to rely on mechanical outplays Chauster utilized minion wave management.

In preparation for the 2012 regional qualifiers Chauster stumbled upon a double TP/promote strategy. “I originally intended to use promote to snowball an early tower. It was part of a snowballing tower/counter-jungling strategy that is supposed to snowball the game to a free win if played correctly. Indirectly during that game I noticed that promote was strong enough to take inhibitors if left untouched during long stand-offs”  Chauster 9/21/12. The strategy caught many teams off guard and helped secure a third place finish sending them to the season two World Championship. Later CJ Blaze would utilize the slow minion push first seen by World Elite in China. For a more detailed look at CJ Blaze’s “The Sixth Man” refer to Montecristo’s analysis piece here. This strategy propelled them to an unparalleled run at that time in OGN. The eventual dismantling of Blaze by Dade and MVP Ozone showed that the strategy could be defeated with preparation. Blaze’s strategy, as well as WE’s, was an evolution of Chauster’s TP/Promote and minion wave control. Clearly the refinement led to more success as Chauster’s plan was limited in the same way many western teams are still limited, their roster.

Tactically CLG was limited and unable to execute their strategies. From limited champion pools, to roster swaps, to role swaps, the team was riddled with problems that as a player Chauster was unable to fix. Regardless his teammates credited him with their teams strategic successes. In December of 2012 Doublelift spoke of the integral part Chauster played: “So anytime you see CLG make a move as a team and we get an objective or do something that gives us an edge…80-90% of that time Chauster…it’s not only that, like, picks, bans, strategy, how we should go into a game, our level one strategy, every strategic thing we do is generally just Chauster. All of it is him.” Few players in history of League of Legends had so much behind the scenes work to accomplish. In the modern era Lemonnation and Acorn have both led strategic decisions for their teams, but in the first generation of players the strategic insight was almost nonexistent.  The other players Scarra mentioned from the first generation of players that had a deep understanding of the game were Imaqtpie, who he criticized as unable to teach other players, and to a lesser extent Reginald who relied more on 1v1 and 2v2 duels. Neither Regi nor Qtpie led a team in strategy in the way Chauster did.

“At the top level no matter how godlike your mechanics are if you’re just a smarter player that’ll make all the difference in the world. Like, what I always say to my team is like, or I’ve said before: In this game even Jesus couldn’t get you out of the spot because you’re in that spot to begin with. Thats not like other games, like CS. One shot everyone, bam, bam, bam, bam, all at the end of five bullets, that’s impossible. In league of legends the moment you’re there, there’s no other options and if you’re just a smarter player that wouldn’t have happened in the first place.”

The lasting legacy of Chauster for many is a missed Sona ult. A mechanical misplay at the end of his career, followed two months later with his retirement. His focus was broken from the game. In a reflection in May of 2015 he wrote: “Players do not worsen with age in a game like League of Legends where the mechanical skill cap is so incredibly low. People simply lose motivation/interest to keep up their skills.” His belief that mechanics mattered little relative to the strategy being employed shows his natural inclination towards mentally outplaying his opponents. While particular champions may not matter, the person sitting at the keyboard plays an integral part in carrying out the tactics. The international exposure for Faker as he took home the Championship trophy showcased that ability of a star player. The ability for a player to have a more flexible champion pool, played at a higher average level, would allow more strategic options. Mechanical prowess became a prerequisite for players.

The image the League community should have for Chauster is not for his time as Doublelift’s trainer, or his duo lane dominance with Doublelift. His greatest accomplishment was his strategic innovations to the game. He pioneered minion wave management and his understanding led to crucial strategic evolution.

“I think he should always be remembered as one of the greatest minds of his generation. That sounds so cheesy but that’s just the way I see it.”