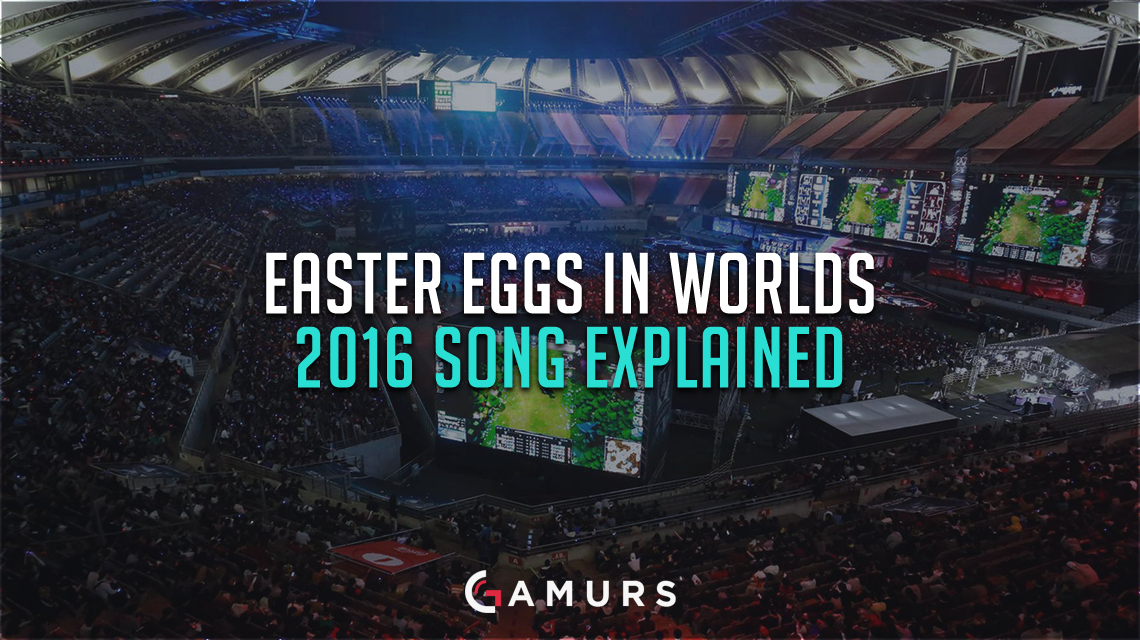 A quick look at some of the Easter eggs shown in the recent League of Legends Worlds 2016 Music Video, and their explanations.

Fnatic vs. Against All Authority

These images symbolize the start of League of Legends as an esport before Riot Games stepped in to form the League Championship Series. The most infamous play linked to this era is the famous Enrique “xPeke” Martinez backdoor. The music video also highlights Game Two of the series as a whole when Against All Authority were staging a comeback against Fnatic

Going into Season 2 finals, Azubu Frost was the overwhelming favorite to take out the Taipei Assassins and be crowned champions. However, Taipei hadn’t read the script and united to form an impressive display to take the Season Two championship and be crowned the first, and to this day the only, world champion squad from the LMS.

Team SoloMid vs. Oh My God/Fnatic vs Oh My God

What would become commonly known as the steal of the tournament, a courageous TSM ran straight into enemy danger for a last ditch Baron steal to keep the North American squad in the game. Brian “TheOddOne” Wyllie sacrificed himself as Elise to keep the team alive.

OMG was again featured in the music video. This time, with both Nexuses open, FNC’s Paul “sOAZ” Boyer made a daring play to try and win it for his team to help them proceed in the group, forcing a team recall from OMG. The squad was able to silence sOaz and Fnatic in their last ditch effort.

Of course the most prominent thing featured at the end of the video is the final match of the Worlds 2015 series between SKT and KOO, showing off the final few moments of the game. This game is still engraved in the memories of fans and the inclusion got us all even more hyped as we move onto Worlds 2016 in North America.

Last but not least…

Have some SKT Lee “Faker” Sang-hyeok eating his victory broccoli. After a fan said his hair looked a lot like broccoli, he pledged to eat some if he won Worlds for a second time, and he did. Maybe he can win for the third time this year and eat the whole thing?

Images from lolesports and Riot Games