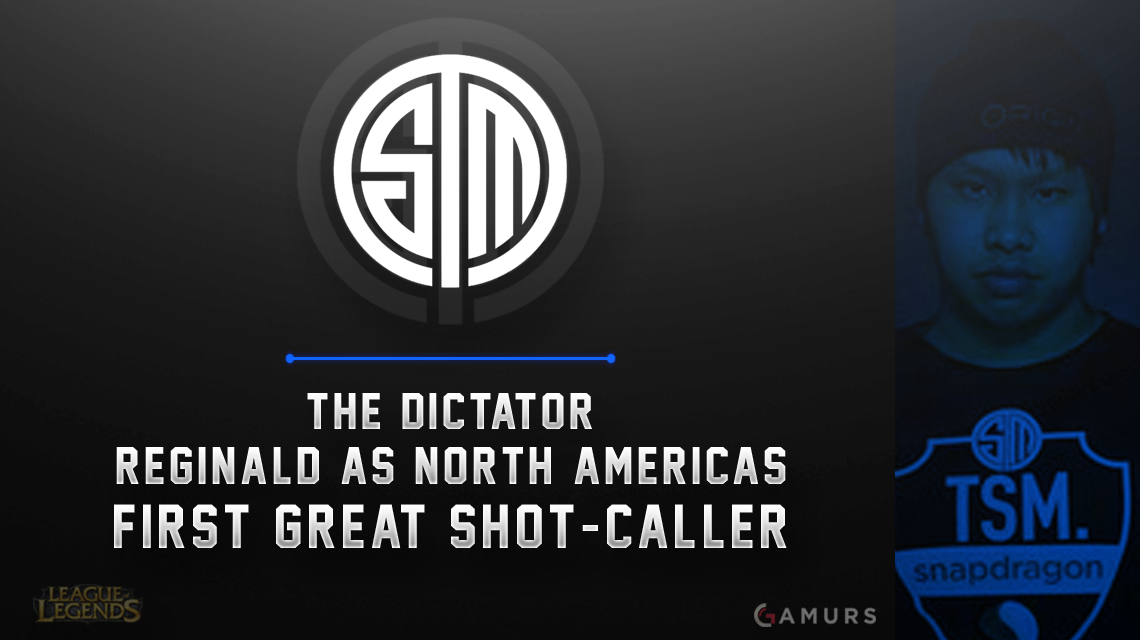 During the thick of the North American open circuit for League of Legends in Season 2, Team SoloMid stood head and shoulders above their peers. After the addition of Marcus “Dyrus” Hill in March of 2012, the North American side placed at least top four at nine straight events, winning seven of them. The most significant of these events was their 1st place finish at the MLG Anaheim Spring Finals, where TSM would beat some of Europe’s best in Fnatic and CLG.EU, while beating all of the best domestic competition the rest of NA had to offer in CLG Prime and Dignitas. TSM’s success across these drawn out, mentally draining series (especially the CLG.EU match inc which Henrik “Froggen” Hansen’s AP Kog’Maw and trademark Anivia nearly put TSM in losers side) came from an unmatched decisiveness in the late game. During this period of domestic dominance, TSM never seemed out of the game: at any moment they could catch a player out of position and force a fight, secure a desperation baron, or split-push effectively to relieve map pressure. Playing with a decisiveness almost foreign to their domestic competition, who often faltered under the pressure of the late game, TSM and their dictatorial mid-laner/captain/owner Andy “Reginald” Dinh came to represent what “structured” League of Legends was meant to look like.

“Regi’s shotcalling was much more basic and late-game oriented, but [he] was really the premier shotcaller at that time. Basically, every team can do what he can now, but back then, [it was] impressive.” – Alex “Xpecial” Chu, Support Player for Apex Gaming, formerly Team Liquid and TSM

Throughout Season 2, Reginald was not just an essential facilitator for the team’s structure, he was one of the most dominant players in his position in North America. With supportive style jungler Brian “TheOddOne” Wyllie always nearby, Reginald focussed on playing aggressively to win his lane. As a benefit, any pressure he could draw mid would ease the load on his more passive side laners. Moreover, TSM generally drafted around mid to late game team fights, picking double AP (Morgana, Vlad, Kennen) or globals (Karthus, Nocturne, Shen, Olaf with teleport, Twisted Fate), knowing that when the fight came, they could outplay less coordinated and experienced teams with ease. Reginald was essential to these fights, always willing to use his flash to get into the enemy team to force a favorable fight even if it meant high death count Karthus games. This became important specifically when he would lose or fall behind in lane, as he would remain useful to the team if his early aggression had not panned out. In North America especially, there were no other shot callers that matched Reginald’s decisiveness during Season 2. Reginald was not particularly outstanding as a “mind of the game,” as most of the theorycrafting and drafting research was done by the team’s marksman Shan “Chaox” Huang. This is where the other shot callers often surpassed him; players like Steve “Chauster” Chau and Brandon “Saintvicious” DiMarco are always cited as having great insights on how League was supposed to be played in theory. However, their teams would often collapse in the clutch, their great minds unable to always make the perfect call with the championship on the line and the cards on the table.

His dominance over the mid lane dwindling throughout Season 3, Reginald continued to be the dominant voice in comms and reckless initiator for teamfights. In the series against Good Game University in the finals of the first split of NA LCS, Regi throws himself without fear again and again into the enemy team to force fights, especially as Diana and Karthus, the latter of which a contested pick the entire five game series for this reason. By the second split of Season 3 and at the World Championships, Reginald clearly could not compete individually with the world’s best mid laners, leading to his being replaced by Søren “Bjergsen” Bjerg. However, even as TSM has changed players, shot callers, metas, and seasons, his persona remains omnipresent within the locker room. Weldon Green, currently on TSM’s coaching staff, described how “the “playoff boost” that you see [in TSM] is really just Regi bringing his culture, his approach to competition into the training environment.” During TSM’s weaker splits, like during the second split of Season 5 last year, Regi was very vocal about the passivity of their play, as if they simply tried not to lose rather than actively fight to win. This sort of “make a play” attitude has defined the current iteration of TSM, leading to their great success this split.

Furthermore, Reginald’s legacy is carried on by his effective successor as the best North American shot caller in Hai “Hai” Lam. Hai also faced similar problems with declining mechanics as a result of his wrist injuries, but remained an essential clutch-shot-calling asset to Cloud9 in whatever position he played during his career. Further, Hai has likely surpassed Regi in terms overall career success and skill as a shotcaller, as he led C9 from three different positions with arguably weaker individual players than TSM. Nonetheless, Reginald will remain North America’s first true dictator, whose iron will led the region’s first true superpower.