Everyone’s favorite charmer should see a spike in play once his PBE changes go live.﻿ 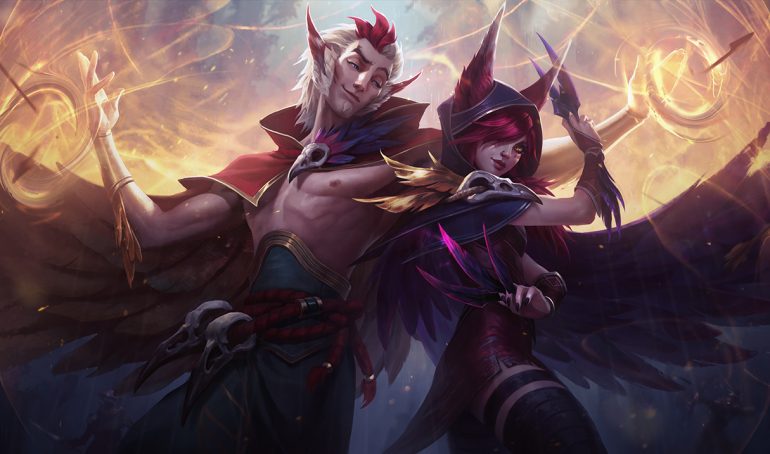 Rakan hasn’t seen a lot of time in League solo queue recently. He used to maintain a play rate between 10 and 15 percent from his release in April 2017 until October 2018, but a string of nerfs in late season eight and early season nine has seen him fall down to just a four-percent pick rate.

Not only that, but his support win percentage is the fourth lowest across all ranks, only performing better than Malphite, Galio, and Tahm Kench support, according to stats site u.gg. But Riot is looking to shake things up in Patch 9.9, and the changes pitched on the PBE should give Rakan players the kick to start playing their favorite champion again.

The changes that are live on the PBE are a massive buff to Rakan’s laning phase and survivability—something Rakan mains have been asking for. His base armor and magic resist are being buffed, while his magic resist growth is being brought in line with melee champions from 0.5 per level to 1.25.

He’s also getting a base health buff from 480 to 540, going from the second lowest base health in League to middle-of-the-pack. In exchange, he’s receiving an attack damage nerf from 70, the highest base in the game, down to 62.

There’s been little reward to get through Rakan’s difficult laning phase only to have minimal impact in the late-game after the nerfs to his engage, so these changes will be welcomed by Rakan players around the world. They will allow him to take some lane trades without losing all of his health and give players a larger window to stay in the fight to deal some damage back.

A slight revert to the movement speed nerfs on Rakan’s W, Grand Entrance, is also on the PBE. After it was gutted in Patch 9.2, with the base move speed getting kneecapped from 2,050 to a measly 1,400, almost everyone has been able to escape the grasp of the Charmer. It’s being brought back up to 1,800, so although it’s not as good as it once was, this change alongside the damage buff it received in Patch 9.5 should open up Rakan’s engage window.

His ultimate, The Quickness, now has a 0.5 second buffer where Rakan can’t flash or use Grand Entrance, but he’ll still be able to cast his E, Battle Dance. While this change is an overall nerf, it’s not as clunky as the proposed change where Rakan couldn’t use any movement abilities for the entire duration of his ultimate.

So, how will these changes affect Rakan in solo queue without impacting the competitive scene too much? Well, it lowers the entry barrier to play Rakan. The base stats increase gives Rakan a higher chance of survival even if he makes a poor choice, while not impacting the ability for him to be punished.

It means he’s not irrelevant in the laning phase, then set too far behind to be useful in the mid and late-game. These changes also open up the possibility for Rakan to run something other than Guardian as his keystone—Summon Aery, Aftershock, or even Predator Rakan might see a resurgence.

As for professional play, there wasn’t really a huge dip in Rakan play. Sure, he fell down in priority, with supports like Tahm Kench, Alistar, Braum, and Galio receiving higher priority over the first competitive phase of 2019, but he still had a place in the meta. These buffs will probably see him get picked up by more pro supports again, but shouldn’t really affect how influential he can be in a game.

Rakan still has plenty of vulnerable windows where great players can punish even the smallest misstep. But for the more casual player base, these changes should help make Rakan not as much of a risky pick anymore, and give him a bit more power to compete in the shifting bot lane meta.