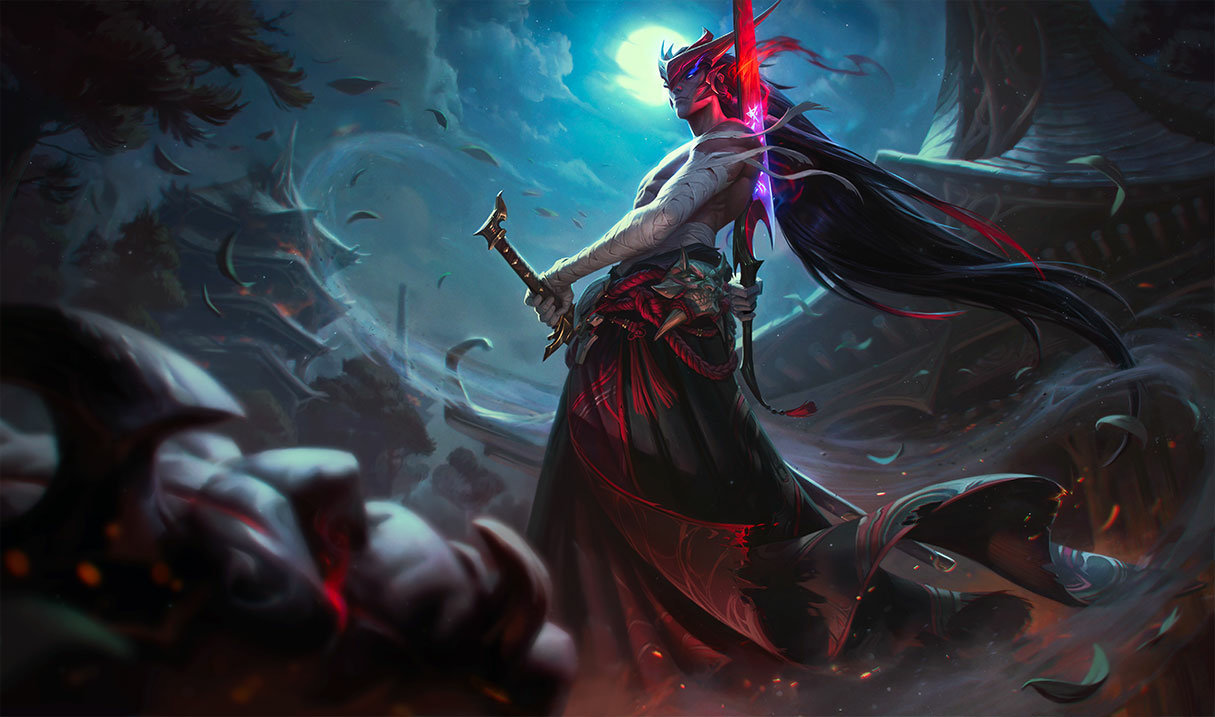 Yone is one of the most popular mid laners in League of Legends. He has cheap power spikes and can take over the game by himself.

His kit, which is similar to his brother Yasuo’s, is strong and scales well with critical chance. Therefore, every small critical strike item acquisition can make him one of the deadliest champions. With a lot of mobility and damage in his kit, he can be difficult to deal with unless you purchase the correct items or use certain champions to control him in the laning phase.

Here are the best counter picks to stop Yone from snowballing in the mid lane.

Yone has a straight-forward kit but with plenty of possibilities depending on the player’s mastery. His Mortal Steel (Q) ability allows him to dash in any direction and can be a challenge to overcome if the player uses it aggressively to trade. On top of that, Soul Unbound (E), which allows him to do a huge chunk of damage on you before retreating to a safe spot, is the toughest aspect to control during the laning phase.

While some champions can trade back and put Yone on the defensive, others can get run down by the early-game damage the champion has. It’s important to pay attention to these two spells, especially when combined together, since they are the main reason why Yone players get early-game kills. His double critical chance passive comes into play later and isn’t that impactful alongside his Spirit Cleave (W), which gets a lot more powerful when multiple champions are hit.

Once Yone reaches level six, he becomes one of the most fearsome characters in the mid lane. Fate Sealed (R) acts as an additional mobility spell and deals damage and provides crowd control. If you’re caught by his basic combo without Flash, you’re most likely going to die to his ultimate as a follow-up, so it’s important to be attentive to his movements, which can hint at if he is going to all-in you or not. One of the most obvious signs he’s going for an all-in play is stacking up Mortal Steel twice to be able to unleash a tornado to crowd control you and dash closer to melee range. Keeping a tab on how many stacks of this buff he has is the key to success during the laning phase.

Anivia is one of the best mages to play against Yone since you can disrupt his tactics with a well-timed Flash Frost (Q). When he tries to engage on you, throw out your Q and follow up with a Frostbite (E) for a lot of damage. If you went for aggressive runes such as Domination alongside a Corrupting Potion, you can set Yone far behind from two combos and either force him to back or be an easy target for your next combo.

Since Yone can return to a certain spot with his Soul Unbound, you can prepare to land your combo in that spot and set up a blockade with your Crystallize (W). There are plenty of opportunities to kill him during the laning phase—even if you didn’t go for offensive runes—since your base damage is high and you have the advantage of being a ranged champion. Keep poking him down every time he tries to go for a last hit and force him to stay under his tower. But be wary of incoming ganks. While you can control the lane quite well, you don’t have a dash to escape, so try to avoid exposing yourself with your stun or wall on cooldown.

As the game progresses, you should have a good lead and use it to help your team secure objectives. While you have good scaling, Yone’s scaling is unmatched due to his passive. If he gets to three or more items, he can easily carry the game by himself due to his damage. While you’ll rely on abilities to do damage, Yone can three-tap most vulnerable opponents just with his auto attacks once he has 100-percent critical strike chance.

Look into your win condition and try to close out the game before the match gets to late game, where Yone thrives and becomes unstoppable.

Pantheon can nullify opposing melee champions in the laning phase. He’s the king of dominating such champions, and Yone is no exception.

During the laning phase, look into landing Comet Spears when Yone goes for last hits. Try to avoid throwing your spear and instead go into melee range and tap it for a reduced cooldown. It’s also much easier to land this way and can be the difference between a won and a lost lane.

Once you get access to all your basic abilities, look into engaging with your Shield Vault (W) once your passive is fully stacked and try to land a kill. While some players like to take Teleport to have more global presence, Ignite is recommended against Yone to forego a Grievous Wounds item and have additional damage early on.

While you will most likely come out ahead in the laning phase, it’s important to know you fall off in the later stages of the game and need to use your early-game advantage to help your teammates snowball. With your team ahead, you have a much better chance at winning in the later stages of the game since you’ll become a stun bot who will resort to clearing side lanes before joining the teamfight with Grand Starfall (R).

If the match got to late game, try to assassinate the opposing carries or peel for your teammates on the backline instead. If Yone didn’t buy any defensive items, he can be an easy target if you Shield Vault to him when he tries to engage.

Zed is one of the best skill matchups against Yone since the results are determined mostly by which player is better. You both have tools to deal with each other, but Zed is much easier to play since his moves aren’t as telegraphed as Yone’s.

Once you get to level three and have access to all three basic abilities, you can begin poking the Yone down and prepare for an all-in with Living Shadow (W) into Ignite followed up by a Flash. Your damage early on is higher so you should be able to easily land kills if you prepare for the all-in beforehand.

When Yone tries to stack up his Mortal Steel, that’s your go time. You don’t want him to have two stacks available for the dash and poke or engage him without his maxed-out buff. If he has his dash, he can easily turn on you, and with your abilities on cooldown, you’ll be a free target for him. Examine his movement pattern and use your Living Shadow where he is, Shadow Slash (E) for some damage and then try to hit a double Razor Shuriken (Q). With this combo you can poke him heavily down early on, before you go in to finish the job.

If you put Yone on the defensive, it gives you access to roaming to other lanes to snowball your teammates and winning in the mid-game. While in the late game you remain a threat, you are less useful compared to Yone. Most champions might already have some sort of shield items which can put a stop to your burst, while Yone doesn’t have that weakness.

By going for aggressive plays early on and controlling the lane, you set up yourself for a clear path to victory. You should have a decent gold lead once the laning phase is over and be a much higher threat compared to Yone, who needs a couple of critical strikes items in teamfights. Try to assassinate him before he engages on your team with his combos. He is usually a much bigger threat compared to the ADCs, which don’t have his sudden burst of damage.

Items to build into Yone

Plated Steelcaps is the boots option when facing Yone, since most of his damage comes from auto attacks. As a result, the early flat damage reduction from attacks combined with the additional armor makes you a tough target to kill. You can prolong the laning phase longer and stop Yone from snowballing off kills.

If you’re playing a tanky champion in the mid lane, you can go for this item to stop the opposing Yone from sustaining himself via the lifesteal from runes and items.

This cheap item puts a huge dent into Yone’s sustain and can help you land kills more often during your early-game skirmishes. Due to him needing to go into melee range to stack up his buff or last hit, you can easily chunk his health pool down and stop him from healing himself back up.

Goredrinker is arguably the strongest Mythic bruiser item, allowing you to regain massive amounts of missing health. It’s a great item against Yone since you can regain health after his burst combo and then turn on him.

This is the best item to rush on mages against Yone, since it provides you a lot of armor and ability power for only 1,000 gold. You can back once you have enough gold to purchase it.

Zhonya’s should be the first or second rush item against Yone due to the effectiveness of its stats and the stasis effect to stop his burst damage. While some mages might need mana items early on, others can forego them in favor of this gold-efficient item for a more defensive approach.

Sustain is one of the biggest problems players encounters against Yone, and to stop him from becoming unkillable, investing into a Grievous Wounds items is a must. The base component Oblivion Orb is quite cheap at only 800 gold and you can hold on it for a long period before turning it into Morellonomicon.