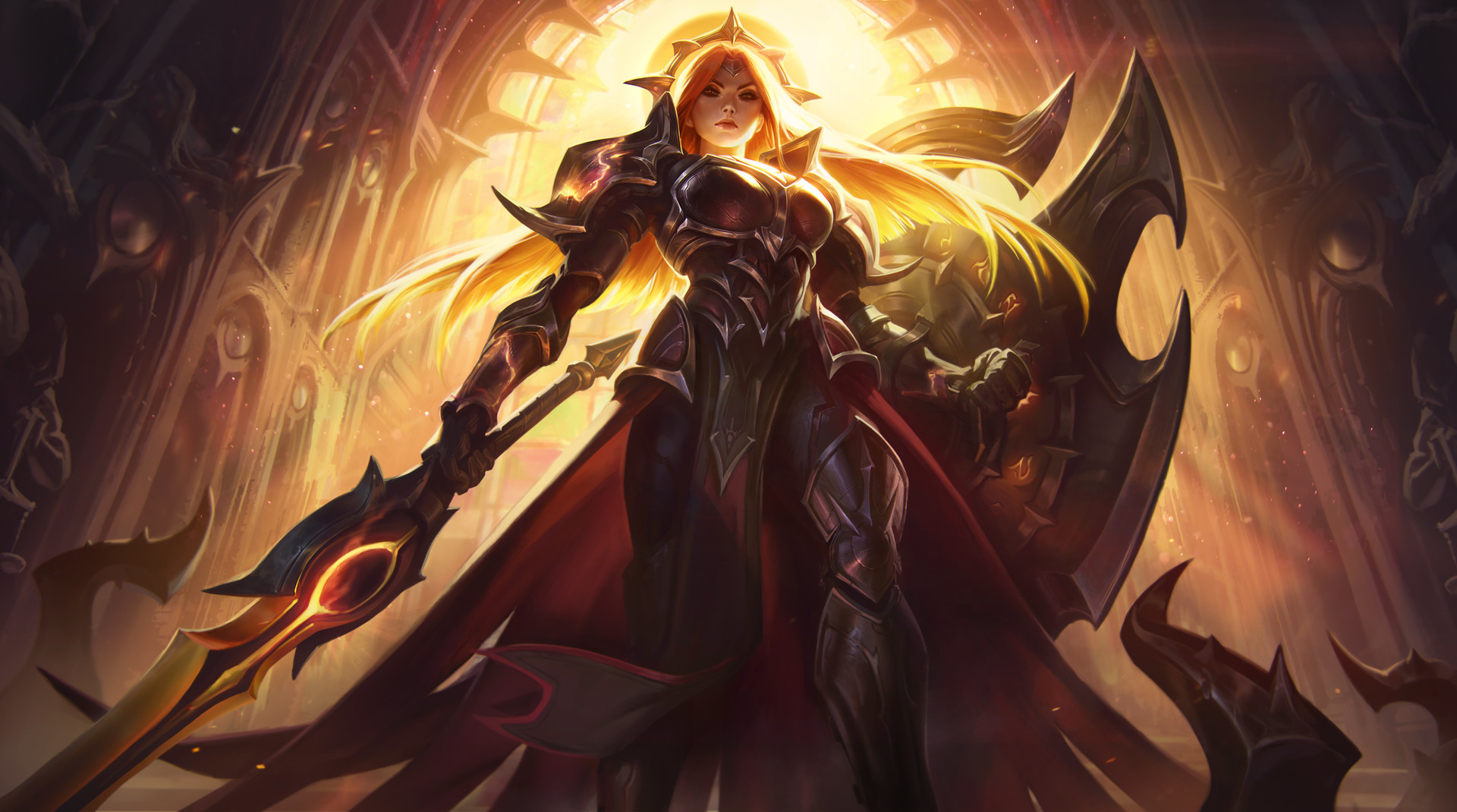 The recent item system rework in the League of Legends preseason has required players to learn the ropes of each archetype from scratch.

There are plenty of support champions viable thanks to some of the new items, so finding out the champ that best fits your playstyle shouldn’t be too hard. There’s no best-in-slot archetype right now with various playstyles and archetypes fitting better in certain compositions.

Here are some of the best preseason builds for the support role to help you win your games. We’ve included plenty of builds for various archetypes to help you decide which items to rush so you can dominate your games and get that sweet LP once season 11 starts.

As a tanky support, you’re mostly focused on providing crowd control for your team while also being a beefy frontline to ensure they have the time to do damage. As a result, going for the Resolve tree is crucial to give you health and resists. The keystone rune taken is Aftershock, which will give you bonus armor and magic resist when you engage onto an opposing champion, making you difficult, if not impossible to kill during the first couple of seconds.

The secondary tree is much more flexible with some players going for the Legend: Tenacity in the Precision tree, while others prefer to pick up Inspiration for the Item Haste and Stopwatch instead.

A new core item for all supports has been introduced during the item rework. Stirring Wardstone is a 1,100-gold item that holds up to three control wards, making it a must-have in the long periods of the game when you need to have as many wards as possible on you.

Mobility Boots: These boots help you move around the map quickly and aid your side lanes or jungle when they need your help. They should be your primary goal unless there’s a lot of crowd control on the opposing team, which would force you to buy Mercury’s Treads instead.

Steel Shoulderguards: This tanky support item is a must-purchase as soon as you leave the base to ensure that you get the additional gold income, which is going to slowly upgrade your item to provide free stealth wards later on. If you have a lot of AP ratios, you can go for Relic Shield instead.

Locket of the Iron Solari: This is the best tank Mythic item for a support. It provides you and your allies a shield on a 90-second cooldown, which can be scaled down due to item haste. The new passive to give your allies armor and magic resist is great as well, ensuring your allies don’t get burst down by enemies who have a lot of lethality or magic penetration.

Knight’s Vow: While the item was slightly nerfed and no longer grants armor, it is still a great pickup to boost an ally from your team. The redirected damage can be a life-saver and can serve as the reason you might have won that last teamfight.

Zeke’s Convergence: Zeke’s Convergence has been slightly reworked to no longer be activated on ultimate. Instead, it is activated after you have immobilize a champion. It no longer has the area-of-effect slow, but the damage it does now is much higher, making it a worthwhile investment.

Stirring Wardstone: This new support item is a must-have in the later stages of the game. It increases your control ward limit, allowing you to have great vision coverage when you need to acquire late-game objectives such as Baron, Dragon Soul, or Elder Dragon.

As an AP utility-oriented support, you want to max out in runes on the utility effects and the Sorcery tree is best-fitted for that. It grants you access to the keystone Summon Aery which is a small shield or damaging effect depending on what you’re doing in the lane. Other notable runes are Manaflow Band and Transcendence to increase your mana cap and ability haste.

The secondary recommended tree is Inspiration for Biscuit Delivery and Cosmic Insight. The first one will give you additional sustain during the laning phase, while the second one will increase your overall item haste to ensure you can get a benefit from your itemization more often.

While the mid-game build looks mostly the same, the addition of Moonstone Renewer alongside Stirring Wardstone will force you to acquire both items if you want to be effective in the earlier or later stages of the game.

Ionian Boots of Lucidity: While there are some exceptions, you can never go wrong with these boots in this archetype. They’ll grant you ability haste, which you’ll be lacking from your other items.

Relic Shield: This is the best utility-oriented starting support item you can get. It heals your ally with each stack, allowing you to share lane income while also providing great sustain to your duo partner.

Moonstone Renewer: This is a new and interesting Mythic-tier item. It provides sustain on a low cooldown while also providing you with ability haste for each Legendary item in your inventory. During the combat, the sustain is increased up to 150 percent, which can be the deciding factor in a late-game teamfight.

Ardent’s Censer: Ardent’s Censer has been a core support item since its introduction to the game. It gives your ally attack speed on top of some on-hit damage. This is a great item to rush after you complete Moonstone Renewer.

Mikael’s Blessing: Targeted cleanse with a small mini-heal, the item went through a build-path rework but is still a requirement to get against champions who want to lock your carry down.

Stirring Wardstone: A requirement support item regardless of archetypes. It increases your control ward limit, allowing you to have great vision coverage in the later stages of the game where basing at the wrong time can cost you the game.

AP control or burst champions in the support positions aim to get Sorcery just like the utility-oriented champions to fix their mana and ability haste issues. But one key difference is the keystone Arcane Comet instead of Summon Aery. It helps you poke hard early on and zone enemies away from gold and experience.

The secondary tree is flexible, with either Domination or Inspiration being mostly preferred due to the additional ability power or item haste.

The build path has slightly changed following the item rework, giving you the possibility to acquire ability power items which deal maximum health percent damage to enemies early on.

Sorcerer’s Shoes: This is a great boots choice to increase your overall damage output.

Spellthief’s Edge: Spellthief’s Edge is the best burst or control support starting item. It allows you to do more damage during your small trades early on, forcing opponents to back more often. It converts into an upgraded version once you earn 500 gold with it, allowing you to put wards for your team as well.

Liandry’s Anguish: This is the Mythic item that you’ll be getting in most of your games. It doesn’t require you to invest in a lot of ability power to make yourself useful. This item deals percent maximum health damage, making you a huge threat against tanks throughout the entire game.

Demonic Embrace: This item is mostly aimed for battlemages, however, when combined with Liandry’s, anyone can benefit from it. It allows you to do maximum health percent damage per second twice, rendering most tanks useless against you.

Morellonomicon: This is a great anti-healing tool against all healing sources in the game currently. It is cheap and you can rush it early on if the enemy has a lot of healing-based champions such as Soraka or Nami who keep topping up their team’s health bars.

Stirring Wardstone: Stirring Wardstone is a required support item regardless of archetypes. It increases your control ward limit, allowing you to have great vision coverage and help your team control the late-game objectives.

AD champions have a place in the bottom lane as well. The most notorious AD support champions are Pantheon, Pyke, and Senna. While Senna is special in most aspects and has a strange build which focuses on picking Glacial Augment as the keystone, both Pyke and Pantheon aim to get the maximum damage benefit from Precision and Domination.

Press the Attack is the keystone taken to ensure that you have a lot of damage early on to zone out enemies when they try to go for creep kills. The secondary tree is Domination with an aim to get Cheap Shot for the additional damage early on and Relentless Hunter for additional movement speed to roam easier on the map.

Boots of Mobility: These are the best boots to ensure that you can move swiftly around and gank side laners or invade the enemy jungler. If the enemy has a lot of crowd control, go for Mercury’s Treads instead.

Spectral Sickle: As an offensive AD starting support item, this item allows you to do a lot of additional poke damage during your early trades.

Eclipse: The Mythic item you should be aiming to acquire, Eclipse has a great effect allowing you to kill tanks due to the maximum health percent damage done.

Umbral Glaive: This item was and remained strong. It allows you to completely nullify the vision around an objective, forcing the enemy champions to walk into fog of war.

Stirring Wardstone: While in the past, you’d aim to get as much damage as possible on offensive supports, now you have to invest into this item to ensure you have enough vision coverage in the later stages of the game.