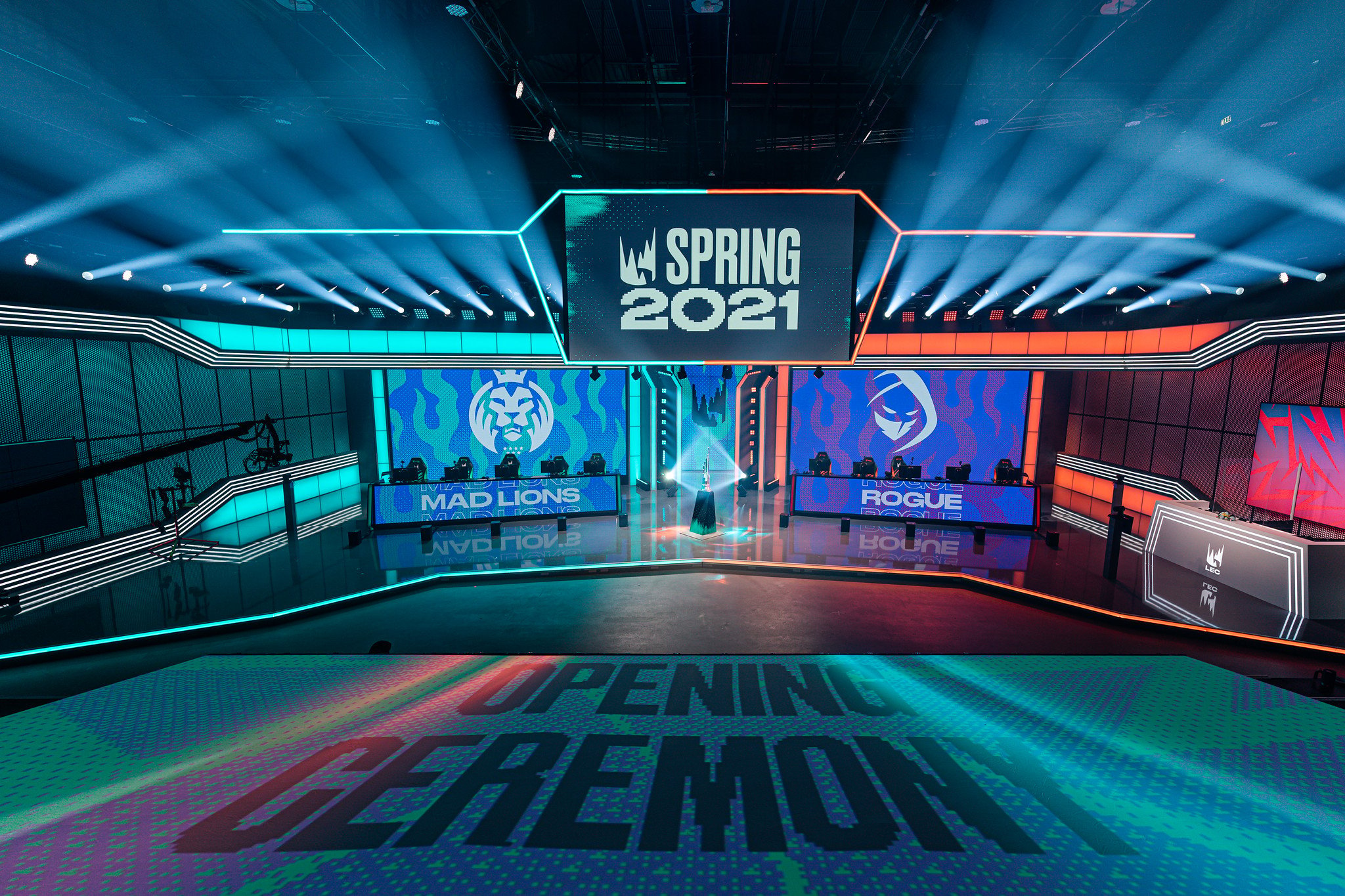 Following one of Europe’s most exciting seasons of professional League of Legends, Riot Games confirmed today that the 2021 LEC Spring Split had the most hours watched in the league’s history. Other viewership records were also broken this split, including peak concurrent viewers and average minute audience.

This past split, over 44 million hours of the LEC broadcast were watched over the entire 2021 spring season, which smashed last year’s Spring Split numbers by over 40 percent, according to Riot. The 2021 LEC Spring Split finals between MAD Lions and Rogue also had a peak concurrent viewership of 866,000 people, which was an increase of 7.5 percent compared to last spring’s finals.

Additionally, an average of 450,000 viewers watched the LEC season finale at the same time, which was an average minute audience increase of 12.3 percent compared to last spring. This past split was a great season for Europe—and for good reason.

During the 2021 Spring Split, the LEC saw some of the most exciting series in recent memory with several big teams getting knocked out of the playoffs by new, up-and-coming rosters. The biggest shock came from G2 Esports, who were considered the undisputed kings of Europe until they lost to both MAD and Rogue.

Even Fnatic weren’t able to make it through the lower bracket, losing to the fiery Schalke 04 in the second round. This split marked the start of a new era for many League fans with multiple young stars rising up to dethrone the veterans who have established themselves over the past few years.

Next season could be even more exciting since those same old-guard teams will be coming into the 2021 Summer Split with a renewed fire that should ensure fans are treated to one of the most competitive seasons yet. Before that, however, we’ll get to see the best teams in the world compete at the Mid-Season Invitational starting on Thursday, May 6.