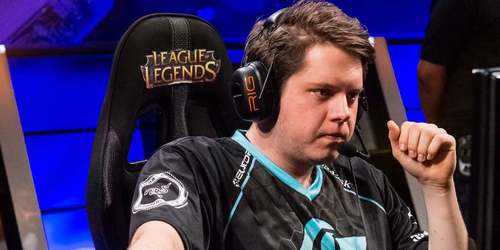 You can find the first part here.

CLG and the expendable imports

Going to IEM Cologne in late 2013, CLG’s future was looking uncertain. Recruiting an unknown jungler (the now disappeared TrickZ) and the return of the formerly benched Aphromoo did not seem like decisions that could take the team to the next level. And as expected, their performance was lackluster to say the least. From that point, their recruitment of ex-Lemondogs jungler Dexter appeared like a very sound move at the time but a 0–2 sweep during the Battle Of The Atlantic by Millenium (ex-Alternate) didn’t rise too much expectations coming into the LCS.

The first few weeks were hindered as well by fairly unforeseeable problems. Dexter going through visa problems and getting thrown into jail forced CLG into roster moves only they can understand: namely shoving Link into the jungle and rotating the oldies (but goodies?) HotshotGG and Chauster at the mid position. Strangely enough, their early performance in the split was not as catastrophic as anticipated, going 2–2 during Super Week.

When Dexter returned, it only took a few matches for the roster to finally click. Taking a convincing victory over Cloud9 in Week 5 was, for many, the announced return of CLG to glory after multiple flustering seasons, tournaments and roster changes. The team had finally gotten rid of their only strategy of the past: « Feed the Doublelift ». The star Marksman was picking more supporting champions like Sivir and the team as a whole was winning games, being, at that time, one of, if not the, best at macro-strategical plays (or rotations!). MonteCristo’s coaching, the recruiting of a real jungler (the first since Saintvicious) and a change of mindset had turned CLG into a team to fear.

Easily taking down Dignitas, TSM was the next obstacle to overcome. Taking the first game by straight strategical outplay, all hopes were permitted. But CLG’s luck, as always didn’t see it that way. A fairly unfortunate turn of events allowed TSM a comeback in a one-sided second game. The third game was lost even before Champ Select as all of CLG appeared to have lost faith and especially a tilted Nientonsoh. Yet, going into Summer Split, CLG couldn’t be counted out anymore. After Nien left the team and was replaced with the young Korean prospect Seraph, CLG’s was looking to, for the first time, live up to their potential. The Summer Split looked to confirm those expectations with CLG ranking first during weeks 4 to 8. Yet, starting Week 9, it seemed like this team didn’t how to win anymore. Going 0–2 for two successive weeks, luck had turned its back on CLG once more. Unfortunately, the roller coaster was far from over.

In an unexpected but promising decision, CLG decided to go bootcamp in Korea, under the supervision of MonteCristo, to try and fix their problems, both in-game and outside, and regain the synergy and dominance that fueled them up until now. Everyone was expecting them to come back in perfect shape and destroy their NA competition. But once again, CLG’s nature came running back.

A convincing 0–3 failure against Curse shattered what remained of the fans’ hearts. Link was back to his non-impacting and passive form, Dexter had lost his natural early aggression and didn’t really know where to go on the map, Seraph was dying 1v1 in lane and the brilliant Rush Hour was losing lane to the passive Cop and Xpecial. Their strategic edge was lost and they looked to be back to their own, losing way: « Protect the Doublelift ». A 1–3 series loss to Dignitas threw CLG once again into relegations. Facing Curse Academy, CLG was once more expected to take an easy victory. Yet, everybody was wondering what CLG would show up to the game. With a 0–2 start in the series, CLG was on the brink of being pushed into an all-time low, being kicked out of the LCS. Fortunately for them, a reassuring comeback ensured their spot into the LCS and another chance at fulfilling their intense potential.

Season 3 World Championship was the period of the Korean Hype Train. The incredible performance by both SKTelecom and to an extent Najin Black Sword forced the West to admit that the Koreans were more than one step further. Season 4 World Championship put the realization to a whole other level. It was the bell that rung the era of ruthless Korean dominance. While Najin White Shield put up a mitigated performance, both Samsung Blue and Samsung White showed that the best western teams weren’t even a match; some calling Samsung White the most dominant team of all time. Everyone was eager to see all of those teams (with the addition of KT Arrows and SK Telecom T1 K) battle it out in the OGN next season. But this outstanding supremacy was to be short-lived. One after the other, all the Koreans prodigies were leaving for China, the new El Dorado for talented League players. Rookie and KaKaO left first and soon followed by every member of the Samsungs. Soon, most of the Korean geniuses had deserted to the Middle Kingdom. While there is a strong possibility that up and coming young talents could become Worlds contender in time, we would never again see those legendaries players in the extraordinary free-for-all that was the OGN.

With a disappointing showing at Season 3 World Championship, TSM would need a real makeover to become once again the NA powerhouse they once were. And as Reginald often does, he took the best possible decision: benching himself and recruiting the EU midlane prodigy Bjergsen. TSM sailed through the Spring Split, securing the first place up until Week 9. With a shaky performance against CLG and the classical 0–3 loss to Cloud9 (losing their chance to participate at the All-Star Invitational), TSM was still not able to brawl for that desired first place. TSM were to make another face changing decision.

The resolve consisted in the retirement of TheOddOne. With a mechanical upgrade in the person of Amazing, Bjergsen outplaying the midlane opponent and assuming most of the shot calling, Dyrus being the rock that he always was and Wildturtle and Xpecial still one of the strong NA botlane with the latter taking a more strategic role in the team, TSM looked like a team to be reckoned with. Yet the news came like a rock in the pond: Xpecial was benched from TSM, supposedly for attitude and motivation reasons. The legendary All-Star support and serious contender for best NA player of all time was removed from the roster for a rookie support from a challenger team that nobody even noticed. The 0–3 series in the LCS Spring Finals was the last time Xpecial would be seen playing with the team that he made famous.

Forg1ven is a controversial subject. Until he reached 17, Rekkles was on loan to then Challenger team Copenhagen Wolves to allow him to grow as a player until his messianic return to Fnatic. Copenhagen Wolves crushed the challenger scene with both Shook and Rekkles at that time until both were claimed by respectively Alliance and Fnatic. Those departures left big shoes to fill and no one expected their replacements to be impressive. But as they often do, Copenhagen Wolves stumbled upon an unfound talent.

Forg1ven was a very high solo queue talent, contesting the first place with Whiteknight108 during most of Season 3 and was a suitable replacement for the young Rekkles. Forg1ven’s appearance into the scene came with a bang, achieving a pentakill against KMT (soon to be ROCCAT); CW had found the carry that they desperately needed.

Among AD Carries, a categorization is often made. We can distinguish the playmaking, among them: UZI, imp, Doublelift and the damage dealers, among them: Deft, NaMei, Sneaky, Genja. To summarize, the first type usually dives into the fight and are the primary target of the enemy team while the other type are positioned afar from the fight, perfectly positioned and with an incredible skillshot aim. Forgiven was among the playmakers. He asked for an incredible amount of his team’s resources and for peel from all of his team; in exchange for that, he would attempt to carry them to victory. A fairly good performance in the relegations matches would propel them for a split into the LCS.

The Spring Split will quickly become Forg1ven’s playground. Paired with Unlimited, considered an average support, this newcomer managed to bully every botlane in Europe, occasionally specifically picking favorable lane matchups just to do so. While CW had its ups and downs during the split, having an average performance overall, most of their wins were heavily carried by Forg1ven’s performance; him being the type of player to demand a lot of focus and assuming the responsibility.

Yet, it is Forg1ven’s persona and not his gameplay that would cause his downfall. Forg1ven was one of the intense players about the game. He was all about victory and would have sometimes extreme reactions in the face of defeat. This caused him to have problems both inside and outside of the game. He received fines from Riot for flaming in solo queue and emitted controversial tweets concerning his team mates. After succeeding once again at relegations, it was no surprise that CW announced his removal from the roster.

What is surprising is that Forg1ven did not find a new home, while being regarded as among the three best marksmen in EU. Whether it be because of his binding contract with CW or because no team which aimed at being the best approached him, Forg1ven would not be seen playing ever since. Another false hope arose when Forg1ven was foreseen to be playing for the new NIP revamped roster (Alex Ich, k0u, Nukeduck and Mithy). Yet this didn’t concretize, adding Konstantinos « Forg1ven » Tzortziou to the long list of european talent not playing in the LCS in 2014.