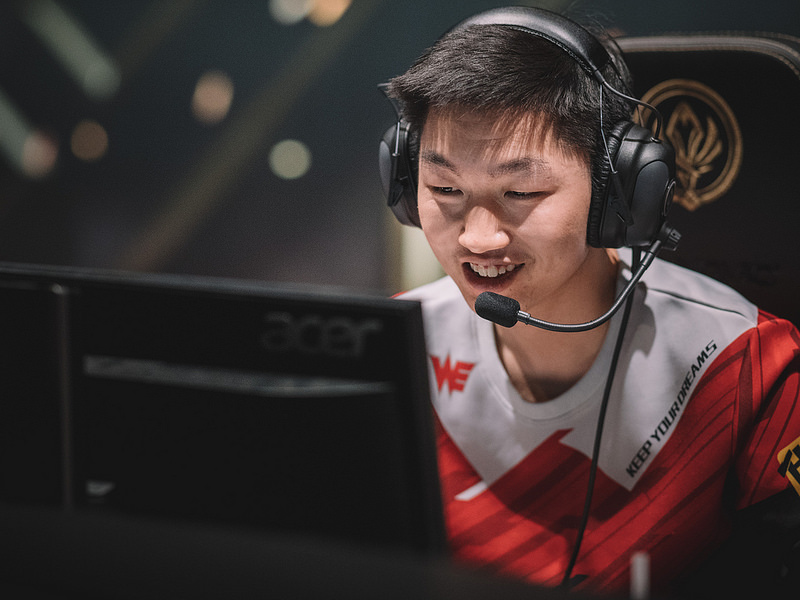 Team WE closed out the third day of the Mid Season Invitational with a hard-fought win against North America’s TSM.

Despite an early kill found by Kevin “Hauntzer” Yarnell in the bot lane, Ke “957” Chang-Yu earned a solo kill against the TSM top laner. And with this kill, 957 snowballed out of control.

Hauntzer was unable to deal with 957’s Fizz, having to sacrifice his tier one turret. 957 transferred his lead to his team in an early teamfight within TSM’s jungle.

After an overwhelming teamfight victory, WE used their lead in tempo to take all three outer turrets, ballooning their gold lead.

Despite being behind, TSM managed to hold on in this game through clever picks with Ashe and Ryze.

But as the match transitioned into the late game, WE began to look like the clear favorites. With full control of the map, WE corralled TSM wherever they wanted, picking off any stragglers.

WE cemented their victory with a second Baron take. TSM, who were walled off from their inhibitor turrets by Taliyah’s Weaver’s Wall, had to watch as WE destroyed their defenses.

In one last ditch attempt, TSM engaged on WE. But unfortunately for TSM, they were too far behind and were quickly decimated.

Now tied in match score with Europe’s G2 at 3-3, WE will look to secure their spot in the knockout stage tomorrow when they play against G2 and Flash Wolves.