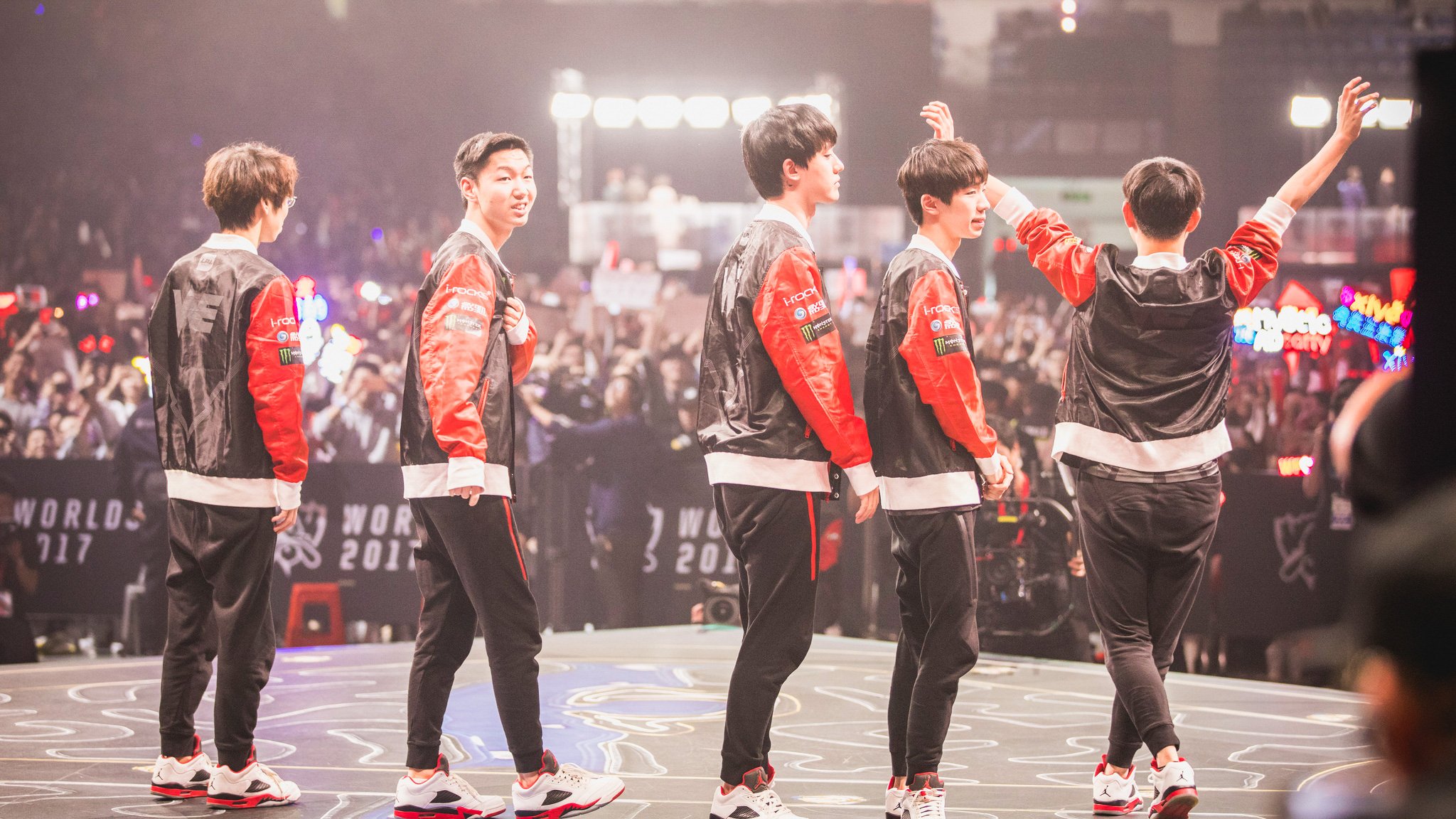 After a crazy, unpredictable start to the 2017 League of Legends World Championship, we are left with the four most experienced teams.

Each of SK Telecom T1, Royal Never Give Up, Team WE, and Samsung Galaxy have become regulars at Worlds. But the ending has only been sweet for one of them—SKT. For the other three, this Worlds is a shot at glory—but also at redemption.

Royal will get their shot at SKT on Saturday morning. Win, and they break up the SKT dynasty and ensure that a new group of players will break through. The only question is which team in Sunday’s semifinal will make it. Both Team WE and Samsung Galaxy have scars from their past Worlds experiences.

Which team can learn from their past and make it to the final?

Never has a team been so close as Samsung were last year and not won the Summoner’s Cup. After falling down 0-2 to SKT, many predicted a sweep. Samsung came out weary in the third game. But a miracle fight at Baron followed by two wins evened the series and had Samsung just one victory away from dethroning SKT.

Of course, they didn’t win. SKT’s opponents seemingly never do. The loss was expected, but being so close made it even more heartbreaking. The team fell into a funk for much of the following split, bowing out meekly in the playoffs like they had never recovered from the SKT series.

But then something strange happened in the summer. ADC Park “Ruler” Jae-hyuk, one of Samsung’s most criticized players, suddenly got better. After nearly single-handedly losing the spring playoff series to KT, Ruler stepped up big time.

The fact that he did it in an era of hyper-carry ADCs is especially interesting. Ruler is historically most comfortable on utility ADCs like Ashe, and while he still prioritized utility with Varus over the summer, the way he used his champions had evolved. Ruler was known as a passive player, one who would sit back in lane and try to CS, or sit at the back of a fight happy to let others carry. But in the summer he stepped up the aggression, and with good results. Samsung looked like the best team in the LCK for much of the split with his growth a big reason why.

If Samsung are to redeem themselves, Ruler will have to be a big reason why. The ADC’s performance will be under a magnifying glass when he has to play another bot lane beast: WE’s Jin “Mystic” Seung-jun.

In contrast to Samsung, Team WE’s Worlds scars were earned a long time ago, and not many people from those old days are left to remember them. WE are one of the oldest teams in League, and back in season two the name stood for World Elite. But despite the team’s standing as a top Chinese squad, they simply weren’t elite when challenging the Europeans, Americans, and Taiwanese internationally. There were some good moments, but losses to teams like CLG.EU, TSM, and even domestic rivals Invictus Gaming dot their history.

Years of ineptitude typically mean changes, but several members of WE’s roster remember those highs and lows, because they lived it. Mystic has been around for three years now. He went from being an afterthought in the LCK to a star in the LPL. And he’s putting opponents on notice—he will carry teamfights if you let him.

His lane phase is still a work-in-progress. WE’s lane phase in general has been wanting. But boy does he deal damage—tops in his position at Worlds.

Can CuVee continue to shine?

The other interesting position for Samsung is top lane. Unlike last year, when Viktor was meta, Lee “Crown” Min-ho’s mid lane is no longer a strength. That means Lee “CuVee” Seong-jin has to at least present a threat in top lane to prevent his ADC from getting dived.

He’s been up to the task. CuVee is fine in his region, and he’s become more and more of a carry with Crown’s form suffering. But he turns into a god when the stakes are highest. It started last year in the regional qualifier. CuVee has a weird way of convincing other top laners to int, forcing mistakes when the pressure is highest. His ability to remain calm and punish those mistakes has been a big part of Samsung’s winning formula.

CuVee shined last week against Kim “Khan” Dong-ha, one of the hottest players heading into Worlds. CuVee didn’t dominate the lane, but he did prevent Khan from split pushing, ruining Longzhu’s macro strategy.

CuVee’s next opponent, Team WE’s Ke “957” Chang-yu, will need to avoid those mistakes and help his team through. 957 will get the benefit of the stronger jungler, as Xiang “Condi” Ren-jie is one of the best in the world while Samsung’s Kang “Ambition” Chan-yong just isn’t.

Since converting from mid lane to jungle, Ambition has been steady but not spectacular. He’s is the ultimate farm-till-late jungler, as he normally ignores everything but the creeps in the lane phase. That’s a big part of the reason why Samsung keep trying to replace him.

But his macro knowledge and ability to stabilize lanes without ganking is why he keeps forcing his way into the starting lineup. And over the last couple weeks he’s shown rare productivity in the lane phase, keeping tabs on the enemy jungler and mucking things up. It’s like he turned into a new player, one that is comfortable in the river and even the enemy jungle.

Ambition will have a big test to prove the transformation is for real against Condi. Condi has been great at Worlds, but his team continue to focus on scaling picks and late-game macro, exactly Samsung’s strengths. If Ambition can get ahead against Condi, Samsung are smart enough to close, something Cloud9 failed to do against WE last week.

Ultimately, macro is likely what’s going to decide this match. And in that regard the South Koreans have a big edge. Outside of CuVee’s lane, it’s hard to find a spot on the map where Samsung can really win. Looking at the teams on paper and you’d think that Team WE hold a huge advantage.

But the game won’t be played on paper. And on the rift Korean teams just have a way of making it all happen, becoming greater than the sum of their parts. Remember, Team WE were the ones that chased a Singed into the bot lane while Cloud9 took Baron. It was the dumbest play at Worlds so far.

Team WE can’t let that happen against Samsung, especially if they continue to play passively in the early game. And despite all that is going WE’s way—the home crowd, the unprecedented cooperation between Chinese teams, even the LPL’s success at Rift Rivals—there’s just something about LCK teams at Worlds.

Samsung didn’t look like the best team in their group, but they made it out. They were unanimous underdogs against Longzhu, whom they then swept. Team WE will be a challenge, but it’s nothing they haven’t faced before.

They’ve seen worse—and they have the scars to prove it. They’ll look to prove those scars have worth when the two teams take the Rift on Sunday morning at 3:30am ET/3:30 pm CST.