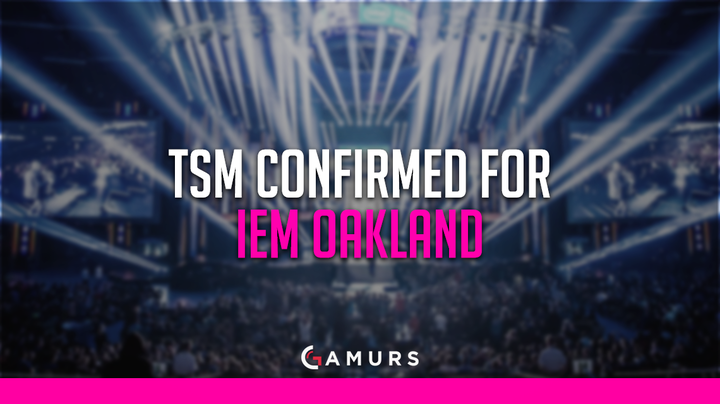 In a surprising twist, IEM has announced that Team SoloMid is heading to IEM Oakland following their dominant NA LCS Summer Split and heartbreaking finish at Worlds.

IEM has announced this on their social media, as well as TSM players retweeting/commeting on attending IEM Oakland after previously not being slated to attend.

It is unknown at this time if Yiliang “Doublelift“ Peng will be attending for this event or if their new ADC will finally be shown to the world.

Be sure to follow this space as we await the announcement and the reveal of the new-look TSM.

IEM Oakland currently consists now of TSM from the NA LCS, Flash Wolves from the LMS, Unicorns of Love from the EU LCS, INTZ e-Sports and Chiefs Esports Club from the international stage.

Are you as surprised as we are? Let us know your thoughts in the comments below or tweet us @GAMURScom.