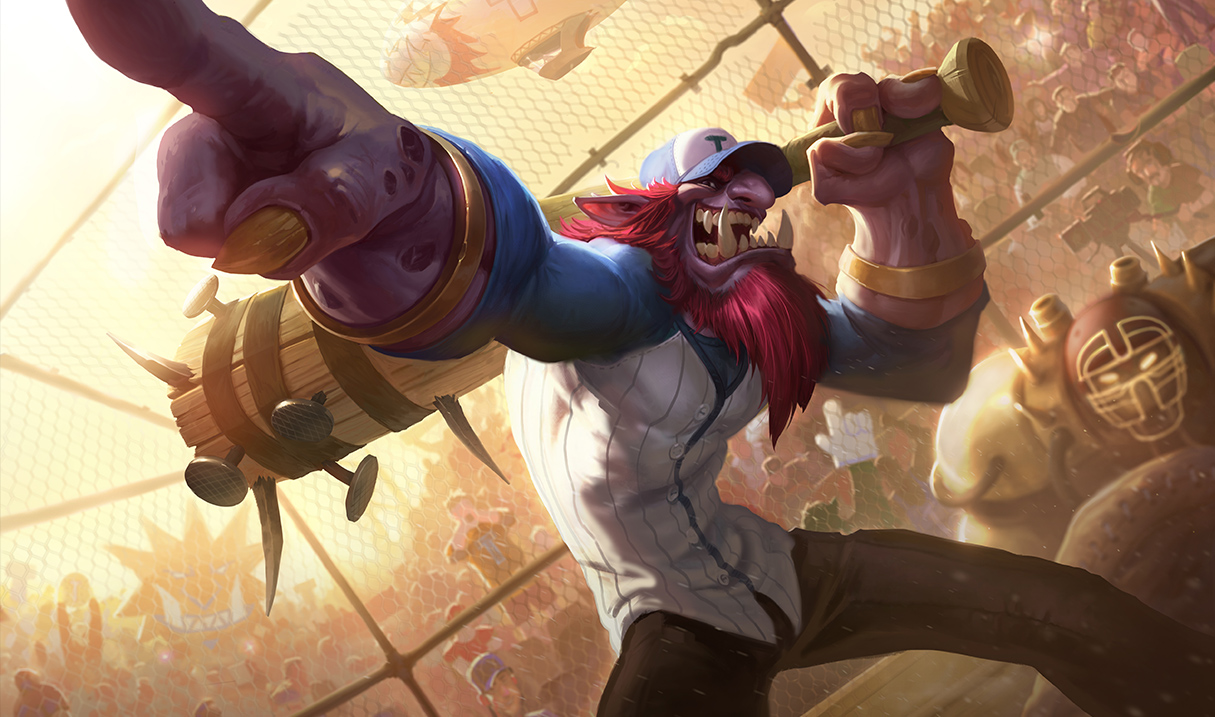 Five underplayed and underperforming League of Legends top laners are being targeted for buffs in Patch 7.13, according to Riot’s announcement yesterday.

The champions—Maokai, Poppy, Trundle, Gnar, and Cho’Gath—have all varied in performance from one another in the past. Maokai, Poppy, and Gnar all had their shot in the limelight when they each commanded separate stints in the top lane meta. Maokai’s was all the way up to his rework, but Gnar and Poppy have both been struggling since late in the last season. Cho’Gath and Trundle, on the other hand, haven’t been widely popular for quite some time.

When looking for evidence that a champion is underperforming, you can’t just look at winrate alone. You also need to consider how often they’re played. If a champion’s winrate is particularly low, but their playrate is high, that typically means they’re plenty strong but there are many unpracticed people playing them because that champion became the flavor of the month.

If a champion’s playrate is exceptionally low, that means that the only people left playing them are one-tricks, or people that exclusively play that champion or are exceeding comfortable at them. If a champion’s winrate and playrate are simultaneously low, that means that only players that are comfortable on them are playing them, and they still can’t get many wins, which is a red flag that the champion has a problem.

That’s the situation most of these champs are in. Despite Cho’Gath’s exciting changes back in Patch 7.4, there are still very few people playing him, and very few people winning games with him. His winrate is a low 48 percent, and he’s picked less than one percent of games as a top laner, according to League stats website OP.gg. Likewise, Trundle sits at a depressing 46 percent winrate and 0.8 percent playrate. Poppy, Maokai, and Gnar are all above one percent playrate, but they still suffer from abysmal winrates of 48 percent and lower.

When you look at it that way, it’s not hard to see why these champions need buffs. Riot’s announcement didn’t contain any details about what the buffs will be, aside from the fact that they’re on the way—but they are supposed to arrive with Patch 7.13.

Patch 7.12 should be going live either next week or the week after that, and these buffs are expected to hit the PBE at the same time.