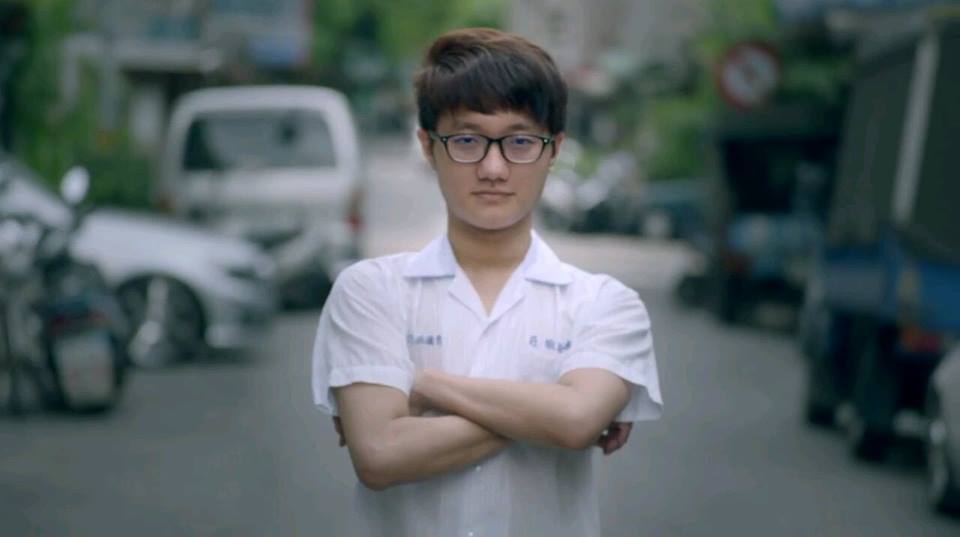 Hu “SwordArT” Shuo-Jie, eighteen years old, is now a veteran of the Taiwanese League of Legends scene, having played the last two years competitively. He may not literally be in the video game he plays, like those in the anime, but his presence ingame is impossible to miss. SwordArT has gone through thick and thin to be in the position he is today, a player deservingly going to the League of Legends World Championship, for the second time in his career.

SwordArT’s professional career was spurred by an initiative to bring Taiwanese esports into the League of Legends ecosystem. SwordArT was one of twenty solo queue players invited to participate in a draft league, where he would display his skills on a randomly selected team, and potentially be signed by an organization after the league’s conclusion. SwordArT impressed on his draft team, Defenders, and would be signed by the Gamania Bears as their support player.

SwordArT, only a few months into his career, had a chance to compete for a spot at the Season 3 World Championship. SwordArT played very well in groups on his trademark Thresh, while also having good games on Zyra and Nami, specializing in zoning opponents via his cc in teamfights. He worked well with Winds, the two of them setting up teamfights for their carries, NL and Maple. His map awareness and tendency to be caught out at the time left a little to be desired, but he was still outperforming the likes of more established supports such as MiSTaKe and Jay. While SwordArT looked a little raw, along with the rest of the Gama Bears, it was clear that his understanding of teamfighting was on another level.

That raw talent would be checked rather quickly as the Gama Bears were outpaced in the early game by Wayi Spider in their first bracket match, being dropped down to losers. Despite this setback, the core of Winds, Maple, and SwordArT would prevail for the Gama Bears as they ran the loser’s bracket down to Grand Finals. The team, with their nerves settled, and playing a safer game, handily defeated the Taipei Snipers 3-1, to advance to the Season 3 World Championship.

After the Bears’s unfortunate draw into SK Telecom T1 K at Worlds, the organization would disband, leaving the roster without a sponsor. It would not be long before the roster, with the exception of Winds, was signed by the Flash Wolves. REFRA1N, formerly known as DonDon would take his place.

The departure of Winds set up what would be a very disappointing year for the Flash Wolves and a course of much needed growth for the young SwordArT. SwordArT, at this time, was augmented by Winds’s ability to engage teamfights, and was able to steadily play his own game of timely crowd control. However, as the team lost direction, it was necessary that he step up as a primary playmaker in the future.

Winds’s departure was not the only boon on the team. Star mid laner, Maple would also be unable to compete in the GPL due to Riot’s age requirements, forcing further roster adjustments. A roster with REFRA1N mid and Mountain jungle left the team with many deficiencies and a lack of coherence as they competed in the LNL and the GPL.

SwordArT was put in a position where his performance had to tip the scales in their favour, as the rest of the team was simply not up to par. He would look to compensate with more aggressive play, centered around snowballing the bottom lane. SwordArT excelled at getting the most out of NL in not only the laning phase, but in teamfights as well. SwordArT worked to get the most out of carries in teamights, with Mountain being a primary initiator on this team.

The Flash Wolves made a huge turnaround in the 2014 LNL Summer, when the team slotted MMD into the mid lane and moved REFRA1N back to his natural jungle position. A stable roster allowed for SwordArT to develop further, free from the need to overcompensate for his team’s previous vices. He began to adapt his own roaming style, playing around the mid lane with both his pressure and vision, often leaving NL to lane 1v2. He worked together with MMD and REFRA1N to choke out opposing teams via taking over jungle vision and having superior objective control. SwordArT led his team to a second place finish in the LNL, being a level over the other participating supports.

SwordArT shone more than ever, with Steak, REFRA1N, and MMD peaking in the LNL Summer. SwordArT was reaching new heights and revolutionizing his already strong play, becoming a more complete player in his own right. At this point, it seemed that SwordArT could only continue to grow as a player, and the trend would certainly continue.

SwordArT continued to perform well in the LMS era, performing well in LMS qualifiers and being a large component of the Flash Wolves’s success in the Spring Split. His reactionary playstyle came into full swing when the Flash Wolves acquired former Machi 17 Jungler, Karsa. Karsa further pushed SwordArT’s vision and roaming game to a new level, as he now had a Winds-type partner in the jungle to pressure the opposing team. Karsa bringing an increased teamfighting and engage presence, had allowed for SwordArT to play more to his strengths, to be the disengage specialist.

SwordArT was at the top of his game, having impeccable play against the likes of TPA in IEM qualification and having great individual performances at IEM Katowice, where the Flash Wolves would place fourth. His play and the team’s dominance would not cease upon their return, not dropping a game for the rest of the split. Unfortunately, despite the team’s dominance in the Spring Split, SwordArT would miss out on another international opportunity at MSI, when ahq e-Sports Club rose and took the title in playoffs.

SwordArT’s Summer Split was mainly punctuated by working with a new Korean AD by the name of KKramer. While SwordArT is no stranger to working with an AD that is weaker in the laning phase, he has never had to work through a language barrier before. He responded rather well to this, being able to babysit the mechanically strong KKramer, but as a result had less presence in the early stages of the game. However, with KKramer being a safer positional carry than NL, he was allowed to focus more on protecting Maple in fights.

Nevertheless, he performed extremely well and continued to be a large component of the Flash Wolves mid game, but with Karsa slumping, became even more important. He improved in a primary engage role, on both Annie and Alistar over the course of the split, setting up the majority of fights. Even with SwordArT carrying extra weight, the Flash Wolves struggled towards the end of the season and failed in the playoffs once more, at the hands of HKE.

While SwordArT had trouble being the primary engage for his team in playoffs, on Braum and Leona, he showed no such nerves in regional finals. Back with his longtime AD, NL, SwordArT would have excellent games on both Thresh and Alistar. While SwordArT had only played Thresh three times all split, he called upon his favorite champion three times in this series, alone. He was more than just the disengage specialist, he was a huge playmaker for the Flash Wolves in their final hour. A level one hook onto Dinter, for first blood, in Game Five would be all the the Flash Wolves needed to snowball the game and defeat HKE 3-2 in regional finals to receive a ticket to the 2015 Season World Championship.

Now attending his second World Championship, SwordArT has made the journey from a solo queue prospect to being one of the best players in Taiwan, continually displaying the will to win. In each iteration of his team, he found a new strength or accentuated an old one, becoming the quintessential support of the region. SwordArT can truly be remarked as Taiwan’s greatest support.