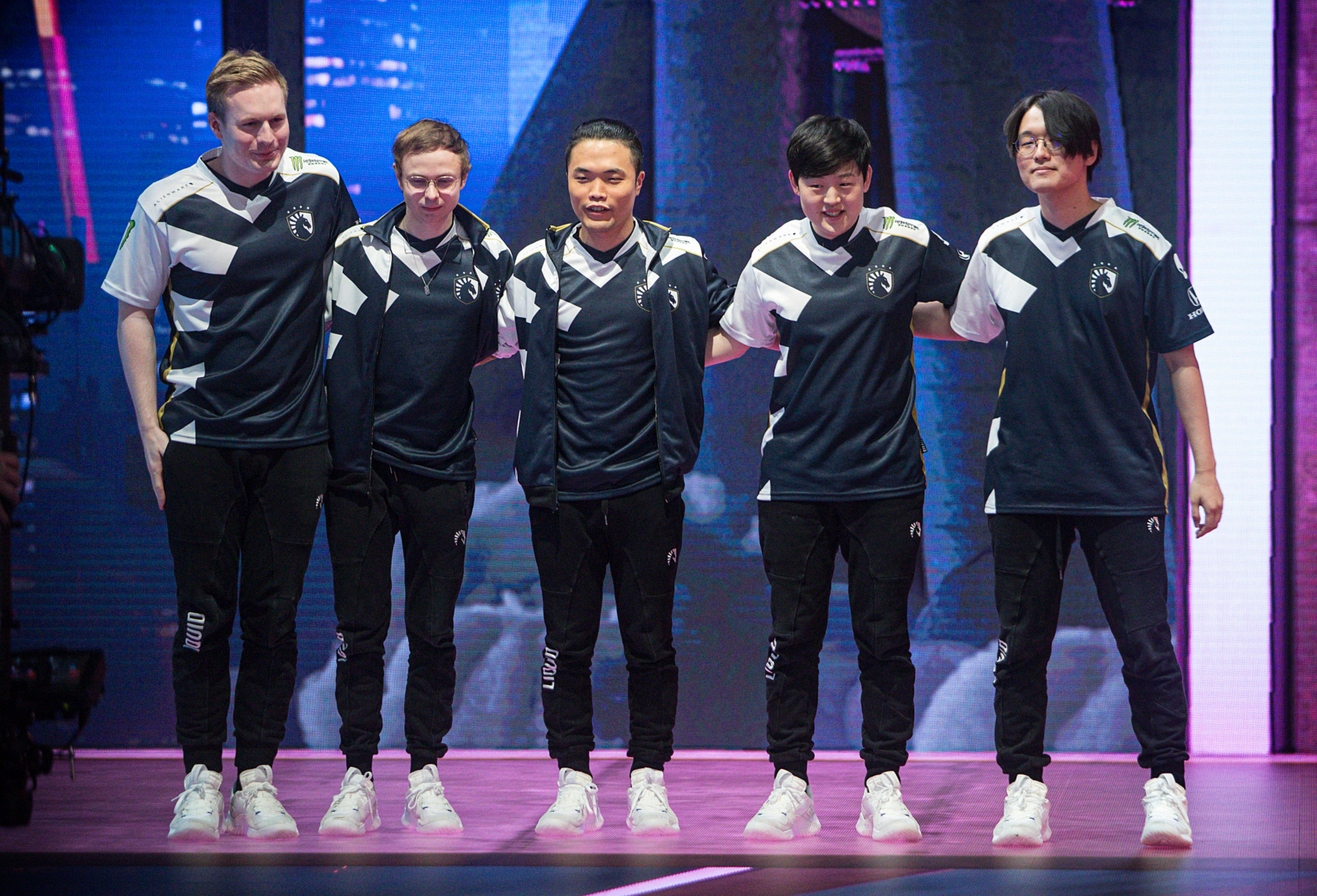 At a League of Legends tournament where experience is traditionally king, Team Liquid is finding a spark in its rapidly developing young superstar. With no prior international experience and only a handful of on-stage games to his name, Edward “Tactical” Ra is confidently breaking out at the play-in stage of this year’s World Championship.

These extra play-in games are a bit of a blessing in disguise for the young rookie. With a slate of warmups separating Liquid from a berth at the main event, the team will have a chance to fine tune its skills before facing off against the very best that the international community has to offer.

“Having extra games on stage is really helpful,” Tactical said. “I personally think you actually learn the most from these matches because they’re realistic. These extra games will actually be good for our team because we’ll get to learn more.”

And for a team that shot down the North American ladder over the course of a few days at the back end of the LCS postseason, Liquid can definitely use some tuning up. Although the team was surely dominant throughout the LCS Summer Split, late playoff losses against TSM and FlyQuest bumped the organization down to third place at season’s end, relegating Liquid to an appearance at Play-ins.

But perhaps a few extra games here at the play-in stage is exactly what the team needs to get the ball rolling once again. After just two games, it’s already obvious that the iteration of Liquid that we’re seeing at Worlds is more aggressive, confident, and fiery than the team that limped into Worlds on the heels of a third-place LCS finish. The players look more sure of themselves through the first two contests of their tournament run, and no one on the roster looks as confident as Tactical.

Early on at Worlds, everything is clicking for Liquid. The team “figured out exactly how they want to play,” according to Tactical. And after two games that saw Liquid win by 9,000 and 15,000 gold, respectively, it’s fair to say that the team is looking dominant on the international stage. In today’s contest, Liquid nearly completed a perfect game, as one death from Nicolaj “Jensen” Jensen served as the only blemish on a game that showcased Liquid controlling every possible objective without losing a single tower.

In both victories, though, a common factor was Tactical. His solid play has earned him a 13.0 KDA, a DPM of 555, and a GPM of 440, all three of which rank among the top three bottom laners at the Worlds play-in stage after two days, according to gol.gg.

And with no extra pressure on his shoulders thanks to the myriad of veteran players surrounding Tactical, the young bottom laner’s main goal at the tournament is to grow as a player. “I want to learn a lot [at Worlds] and show that I belong with the best AD carries in the world,” he said. Beyond all else, though, Tactical made it a point that he “wants to show up when it matters.”

And through just two games at Worlds, he’s been doing just that.

In Liquid’s first victory against the LEC’s MAD Lions, a team that many experts and analysts placed above TL coming into the tournament, Tactical’s Twitch posted a scoreline of 5/2/14 while accounting for a whopping total of 42 percent of the lineup’s total damage during that particular contest. Against the OPL’s Legacy Esports, Tactical still took a bit of backseat in the stats department, allowing teammates like Jensen and Mads “Broxah” Brock-Pederson to drive Liquid to the finish line.

Still, across two games, Tactical never once took his foot off of the gas. His sense of flair and natural instinct that won him the LCS Rookie of the Year title are on display at the play-in stage. Despite only playing three games on stage during his time with the LCS squad prior to the COVID-19 pandemic moving the LCS online, Tactical looks incredibly comfortable in the unique environment of the World Championship. If anything, Tactical is composed in his dominance. It’s like he’s been here before.

Tactical and co. have emerged as perhaps the strongest team across both groups at play-ins. But with a strong 2-0 performance from Papara SuperMassive today, Liquid will have to wait until its head-to-head matchup with the TCL champions on Monday to earn its place atop Group A.

And for Tactical, his greatest one-on-one test will come in that SuperMassive matchup, as well. His primary opponent in the bottom lane, Berkay “Zeitnot” Aşıkuzun, has looked like the only bottom laner at the play-ins who has the potential to even hold a candle to Tactical. Heading into that game on Monday, all eyes should be on that matchup in particular.

And even though the spotlight has drastically swung towards Tactical the last two days, he’s still playing with a sense of composure that’s rarely found in young players—especially those making their Worlds debut.

“I’m just playing my game and staying focused on myself,” he said after one of his remarkable performances the last two days. “I want to get better and show that I can be one of the top AD carries at Worlds.”

With two solid performances under his belt and a long way to go to the top, Tactical is already making a case as to why his name is definitely worth noting not just in the short term scope of things, but in the extended context of Worlds as a whole. In addition, the entirety of Liquid is already on a roll, having won two major statement games and proving exactly why they belong in the discussion at this year’s tournament.

And of all the players on Liquid that have been to Worlds before, it’s the one who has never stepped on the international stage that’s been carrying the weight through the team’s first two games.