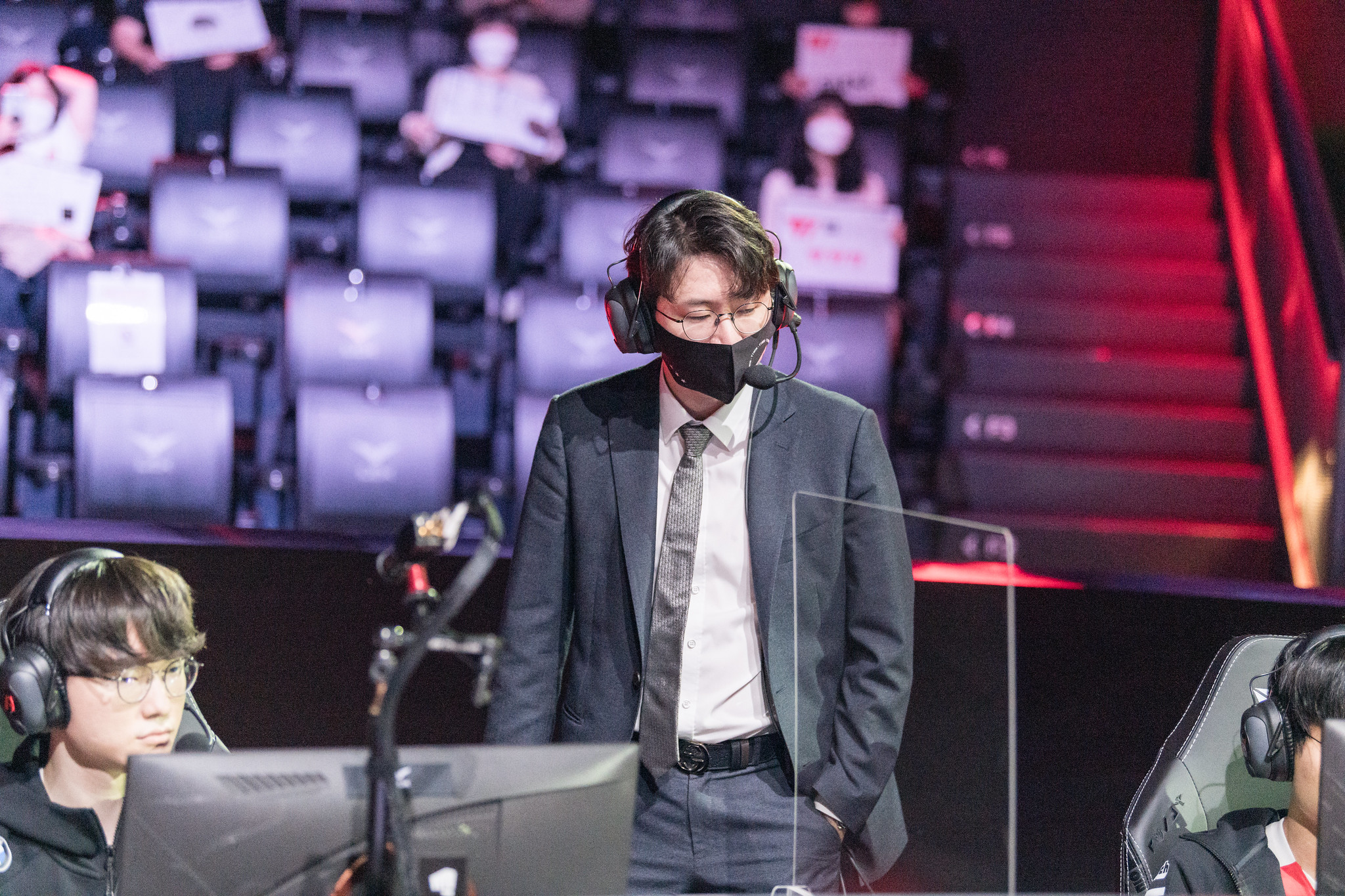 T1 left its League of Legends team in the dark, according to a press conference with general manager Choi “Polt” Seong-hun.

The organization failed to inform its players of mid-season coaching staff changes until one day prior to the announcement, it was revealed today.

“I thought it would not be a good impact on the players to directly ask the players [about the coaching changes],” Polt said, according to a translation by Korizon’s Ashley Kang. “Therefore, I did not ask the players these questions.”

Yang “Daeny” Dae-in and Lee “Zefa” Jae-min were released from the organization on Wednesday, June 14 following a poor record in the 2021 LCK Summer Split. “We are making this change at this point in an effort to reinvigorate our team’s chances of success with eight games remaining,” T1 said in a statement on social media.

The decision, according to Polt, came down to the “opinions” of the players and his “experience” as a professional gamer. “Based on my experience, and what I saw [in the team], I thought this was the best decision,” he said.

After a “thorough decision-making process,” T1 decided to let go of Daeny and Zefa “earlier this week.” according to Polt. The players were notified as late as Tuesday, July 13. “I believe it was better to come to a decision now rather than later,” he said.

The coaches, who were leading scrims with the team up to Monday, July 12, and who were described as “great individuals” who “worked hard,” have been replaced by assistant coaches Kim “Moment” Ji-hwan and Son “Stardust” Seok-hee.

“For now, Stardust and Moment will lead the team,” Polt said. “For now, no plans to hire a new head coach.”

The players were “surprised” to hear about the coaching staff changes, according to Polt. “It was the first time they were being told about this,” he said. “But they quickly tried to recover and are working hard in scrims.”

Ultimately, the decision to fire Daeny and Zefa was determined by “upper management” in the organization.

“The final decision was made after discussing with colleagues, or let’s say, ‘upper management’ in the org,” Polt said. “I can tell you the party I was directly communicating to [was CEO] Joe Marsh.”