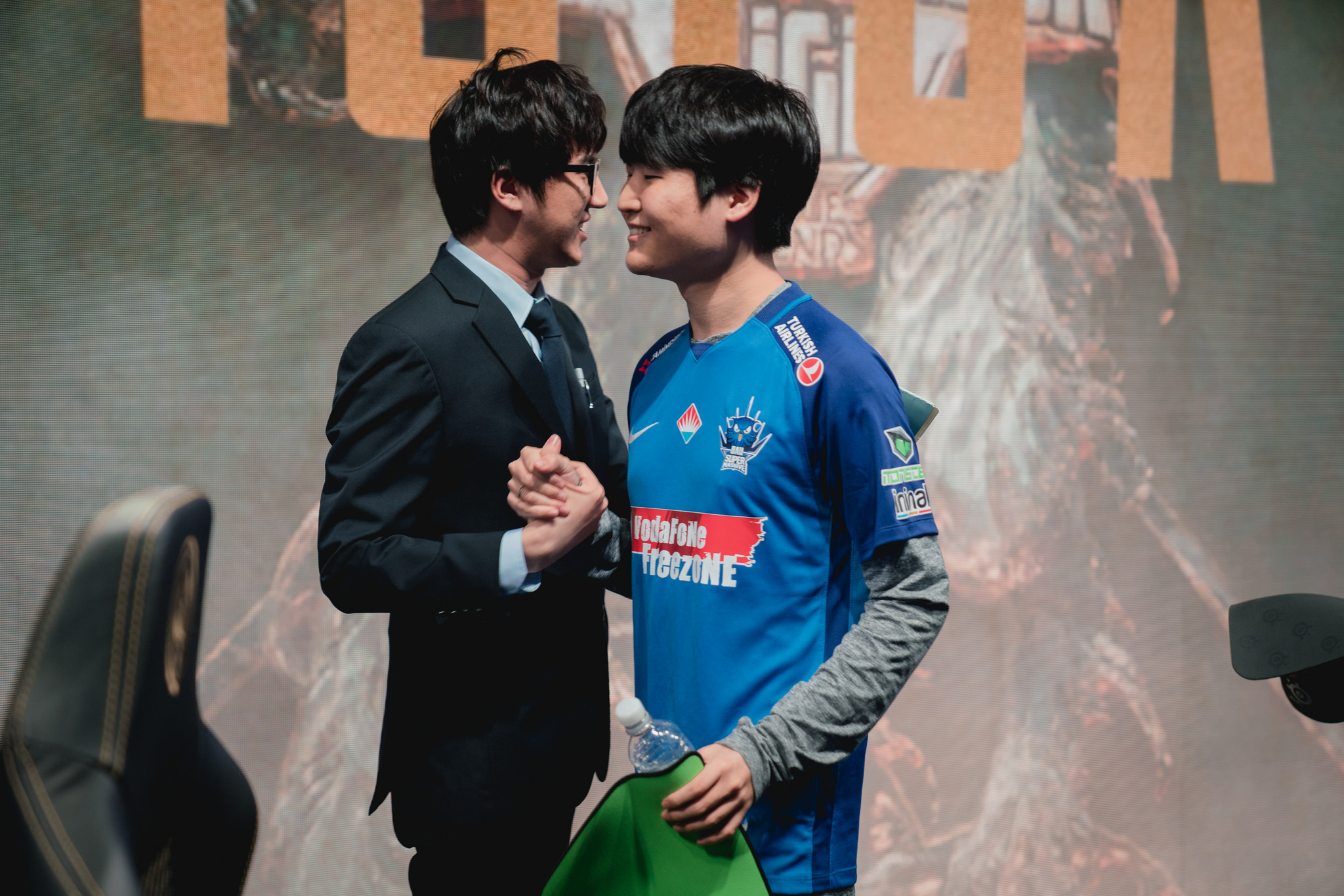 BAU SuperMassive Esports made group B their personal stomping ground on day two of the Mid-Season Invitational play-in stage.

Like Gambit Esports did yesterday, SuperMassive came into today’s games as the overwhelming favorites. Boasting arguably the strongest roster among the play-in teams, SuperMassive were expected to top group B—an expectation they lived up to.

To begin their day, SuperMassive fell victim to a clever level one invade by Dire Wolves, which saw Turkish AD carry Berkay “Zeitnot” Aşıkuzun die early in the game. But even with their initial lead, Dire Wolves were unable to best SuperMassive’s duo, who quickly recovered from their early deficit and went on to dominate the bot lane.

SuperMassive were subject to more attacks on their bot lane as the day progressed, though such attempts were unsuccessful for their opponents. SuperMassive seemed to be a step ahead of their opponents both mechanically and strategically and quickly found leads they could snowball into wins.

Alongside SuperMassive’s dominant performance, day two of MSI play-ins saw post-reworked Irelia make her international debut. Dire Wolves made exceptional use of the blade dancer. Dire Wolves used Irelia’s mobile abilities to turn around and win what looked to be lost fights for Australia’s OPL representatives.

Aside from Dire Wolves’ use of Irelia, there are not many positive takeaways to be said about the three other teams in group B, however. While at times Dire Wolves, KaBuM! e-Sports, and Pentagram all showed clever strategies, they all struggled to execute plays.

Botched tower dives and engages plagued Dire Wolves, KaBuM, and Pentagram, who all, for the most part, lacked the coordination to completely pull off their team compositions. These failures led to various mistakes being made throughout the games. Mistakes which threw away major leads in the process.

Thankfully for Dire Wolves, KaBuM, and Pentagram, they will have a day off to try and fix their problems in time to catch up to, and maybe challenge, SuperMassive for a spot in the knockout-stage on May 6.

MSI play-ins will return on May 5, and will feature the second half of group A’s best-of-one double round-robin.