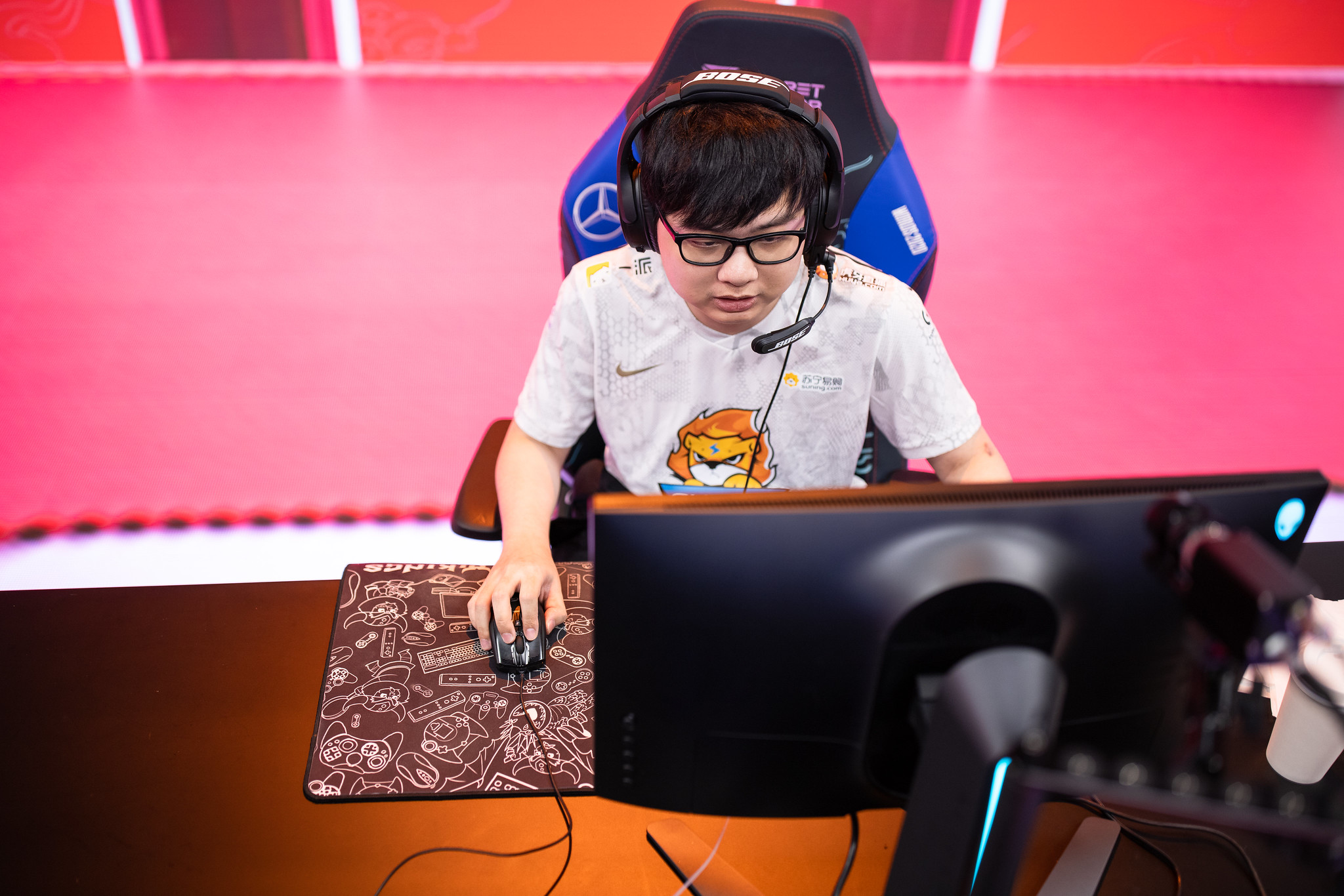 Suning beat Team Liquid in convincing fashion today at the 2020 League of Legends’ World Championship with an unexpected Draven pick in the bottom lane.

Suning’s ADC huanfeng popped off on Draven to the surprise of most fans considering this was the champ’s first appearance at Worlds 2020. Suning played Draven only once during the Spring Split and lost the game. The pick was a perfect answer to Liquid’s composition focused around the Twitch in the bottom lane, though.

The game began with a focus on the bottom side of the map to shut down Twitch, a champ that Liquid had a lot of success with during the play-in stage. Suning funneled so many resources into that part of the map that by 10 minutes, Liquid were behind around 4,000 gold.

Draven picked up a kill shortly after, cashing in his passive and earning enough gold for an early Infinity Edge. With a fed Draven on the bottom side, Suning took down early dragons, which allowed them to secure a 24-minute Ocean Dragon Soul.

Even though Liquid’s Jensen stole away the Baron from Suning later on, the NA squad was no match for the Chinese team, who won fight after fight before destroying Liquid’s Nexus.

Suning (1-1) are now tied for second with Machi Esports in Group A and they’ll play each other tomorrow at 4am CT. Liquid, on the other hand, are in last place in Group A at 0-2. If they don’t bounce back soon, their run at Worlds 2020 will come to an end.