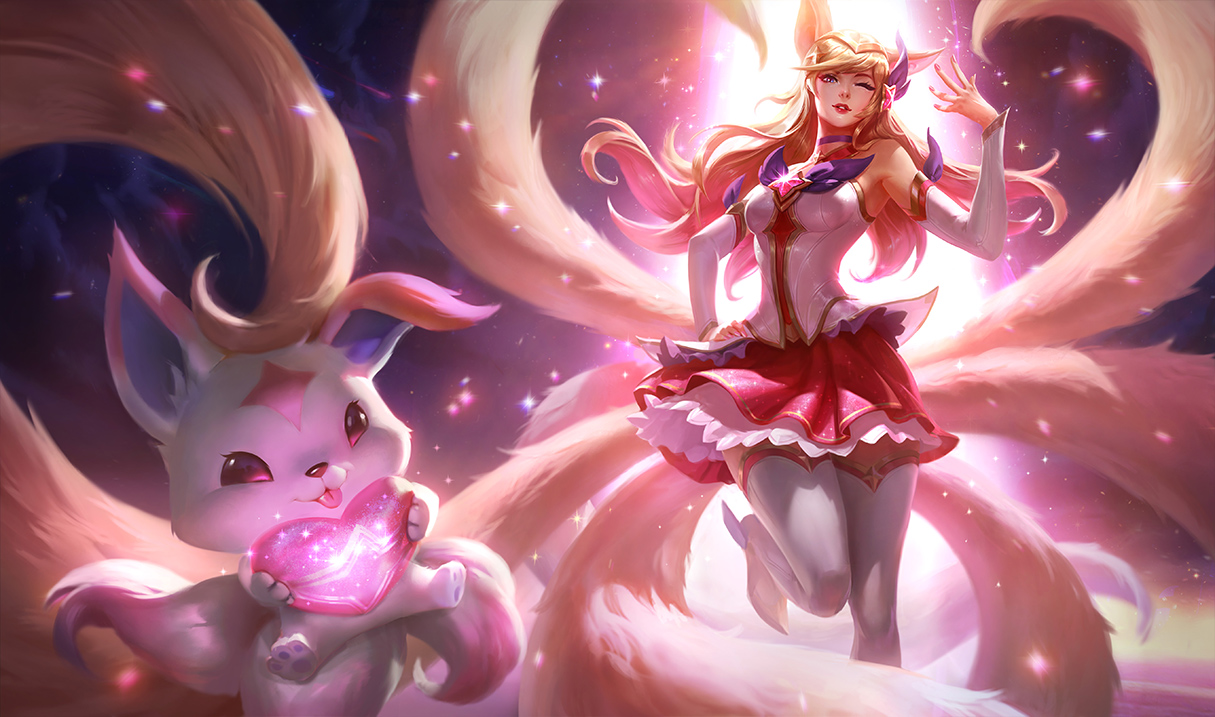 Since the new lineup of Star Guardian skins were revealed last week, the League of Legends community has been patiently waiting to see the artwork for the group.

Last year’s Star Guardian skins knocked their splash arts out of the park with infusions of Sailor Moon and an awesome anime style into the League world we all know and love. They certainly set the bar high for the second set of skins coming out next patch.

Well, they’ve finally arrived on the PBE, and trust us—they do not disappoint.

Each champion’s furry star companion is featured very prominently in their splash artwork, which makes these skins even more lovable. Between the brand new character models, ability and sound effects, voiceovers, and new animations, it’s clear a lot of effort went into these skins.

Players were expecting the same level of care in the art, and it’s clearly there. The brightly colored artwork definitely does justice to the in-game models of the skins. And with the patch arriving next week already, it won’t be long before we can all get our hands on them.