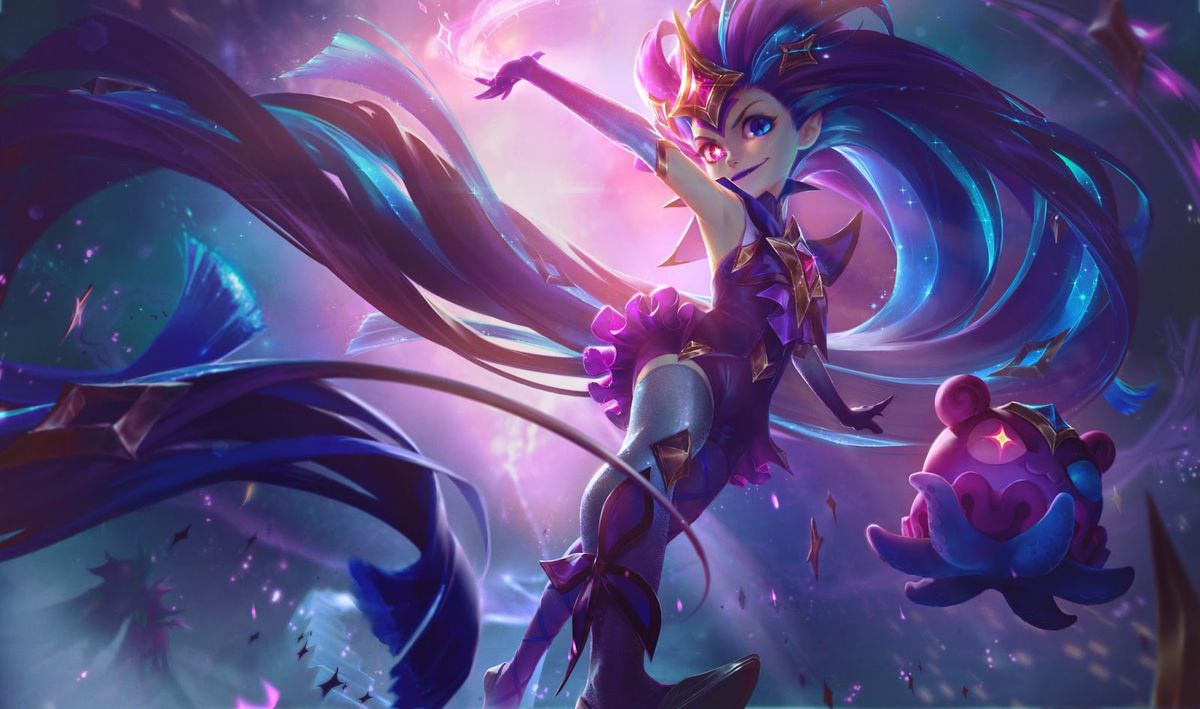 The Star Guardian skin line has finally returned—but this time, the skins are taking on a new look. Neeko, Xayah, Rakan, and Zoe are all receiving skins from the Star Guardian universe with Patch 9.18 this week.

The new Star Guardian skins have been a point of contention for many League fans since Riot Games revealed the cosmetics on the Public Beta Environment. Many fans have come to love the theme for its bright and cheery aesthetic, but this new batch of skins goes against the grain, introducing a villain in Zoe and two “fallen stars” in Xayah and Rakan.

Only Neeko’s new look stays true to the original theme, dressing the champion in bright pinks and greens with the classic Star Guardian outfit. With Patch 9.18, Neeko will also receive a golden prestige variant for her Star Guardian look.

In August, Riot explained the development choice behind the new skins and shot down fans’ hopes for light chromas. While there won’t be a “good” version of Xayah or Rakan’s Star Guardian skins anytime soon, the two lovebirds are getting a set of three chromas each for their new looks with the upcoming patch. Similarly, Star Guardian Zoe will release with eight different chromas that fans can pick up for additional purchase.

Patch 9.18 is scheduled to go live tomorrow morning, but like every skin release, the new batch of Star Guardian skins won’t arrive on the live servers until later in the week.