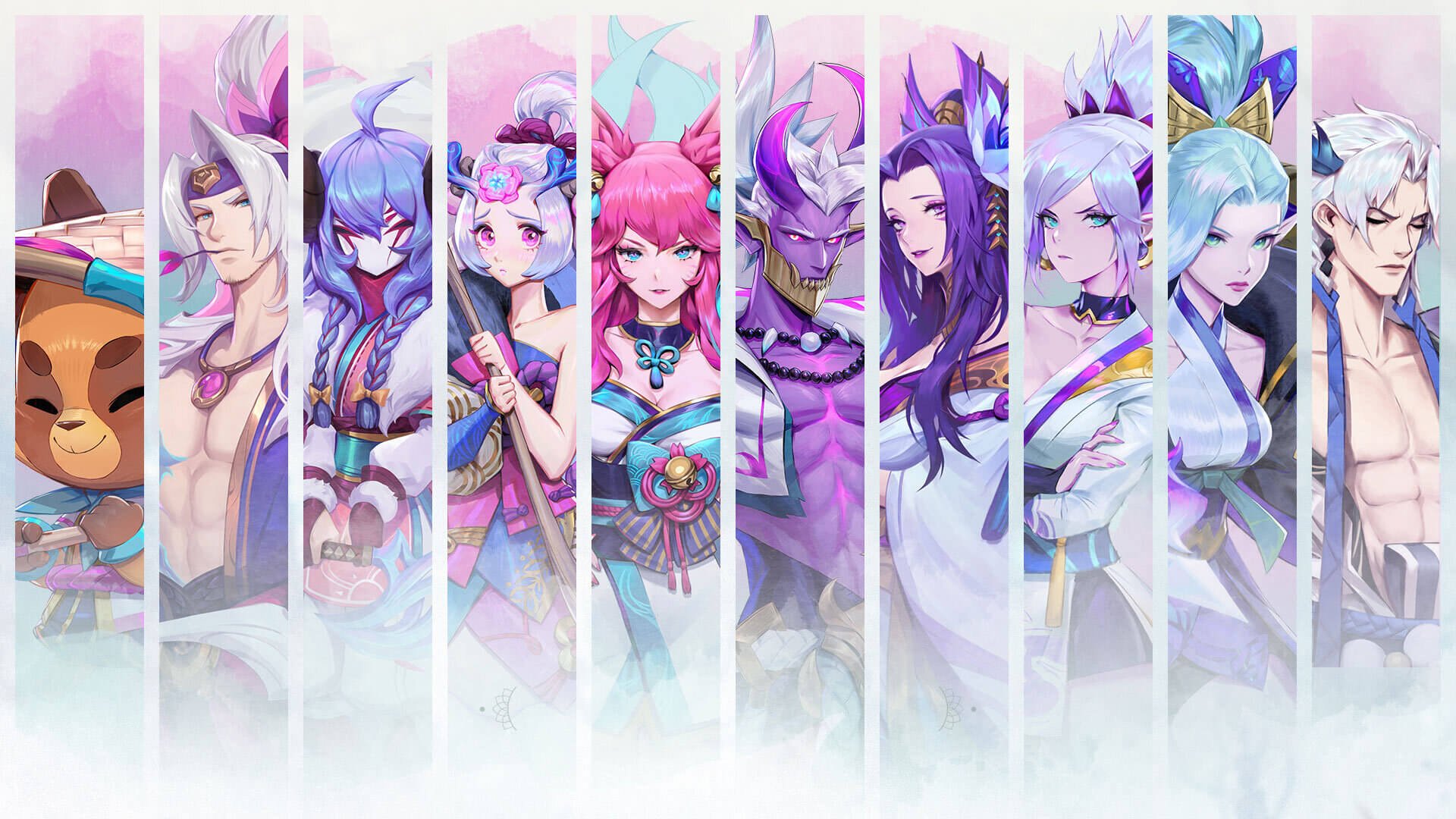 League of Legends events traditionally offer players new challenges and rewards centered around one of the game’s most popular skin lines. The most recent event, Spirit Blossom, extended its reach to all corners of League’s domain, welcoming two new champions, introducing a new skin line, and putting an exciting spin on the traditional event formula.

As the headliner of the show, Spirit Bonds emerged as the first of its kind—a new means of storytelling. League’s lore universe is filled with stories of all sizes and scopes. There are numerous cinematics, songs, and comics designed to give fans a glimpse into the lives of Runeterra’s many legends. But never before has there been a narrative experience like Spirit Bonds woven into the game for fans to engage with.

Riot Games has taken steps in the past to allow fans to dabble in the game’s lore with versus events and modes like Odyssey: Extraction and Invasion. With the Spirit Bonds narrative experience, however, League fans get to become a part of the game’s newest skin universe and interact with inhabitants of the Spirit Realm, helping heal old wounds while playing tricks on the realm’s grumpier residents.

From players’ first conversation with a fox to the piecing together of each spirit’s story, Spirit Bonds sends players off on a journey and delicately crafts a world full of fun personalities and engaging narratives—all while offering players a new way to earn rewards for hitting checkpoints in their quest.

Storytelling in a new medium

After players receive the map from the Mysterious Fox, the Spirit Realm opens up and the possibilities feel endless. Players can choose from one of nine—or 10, depending on when they started the visual novel—champions to speak to in whichever order they wish. This allows players to progress through the story at their own pace. Complete all of the spirits’ stories at once or read through them one at a time; the path is yours to choose.

Wherever you choose to embark on your journey, it’s sure to be a good place to start. Like any good anime, Spirit Bonds is full of loveable and distinct personalities. Each character’s story is engaging and unique enough to separate it from the rest of the pack, but that doesn’t mean the overarching narrative feels like 10 standalone stories. The stories often extend past the character’s respective domain, seeping into other spirit’s journeys to build an interconnected world for the player to explore.

Dialogue options differ enough that players can find their own voice throughout the narrative experience. Crack some cheeky jokes or remain stoutly devoted to helping each spirit, and characters will respond accordingly without changing too much of the narrative. It’s enough for the individual player to feel that their choice matters while ensuring the story is still consumed in its intended form.

Each narrative is accompanied by beautiful artwork and music indicative of where the character lies in their own path to self-discovery. From the dark forest of Vayne’s remorse to the crimson mountaintop of Thresh’s lair, the background artwork and subtle backing track are expertly crafted to aid in the storytelling. With each shift in the environment, players receive a new beautiful piece of art to enjoy and a visual or audio cue to help understand where each character is on their emotional journey.

The narrative’s largest pitfall, however, lies in its breaking of the fourth-wall. While the residents of the Spirit Realm often interact with each other in the overarching narrative, the writing and dialogue options sometimes limit the player’s involvement in this story web.

In the second episode of Yone’s story, for example, Teemo makes an appearance dressed as a demon. He later addresses the player as “stranger,” even if the player has already completed Teemo’s narrative to become the Yordle’s super-secret senior best pal. Another similar situation happens in episode two of Ahri’s story when Kindred appears and the player’s dialogue options fail to recognize the Eternal Hunters.

This is likely due to the freedom given to players to complete the story at their own pace. Each story assumes the player has yet to complete the other narratives, so it doesn’t introduce other characters as familiar faces. It may only be a minor disturbance, but in a narrative experience that offers the player a place in the world, any limit to this involvement can cause the world to slowly crumble around the player.

A new way to earn rewards

Instead of simply adding more lines of text in the Missions tab like previous events, the Spirit Bonds narrative breathed life into each set of rewards. Sure, you get 25 tokens and a Teemo champion shard for playing along with the Yordle’s tricks and recording high vision scores, but you also take one step closer to becoming his super-secret best pal. The mission isn’t just shelved in an archive tab in the Missions menu upon completion. It blooms in front of you in the form of a growing bond with one of League’s 10 diverse personalities.

Disappointingly, however, the challenge requirements don’t evolve as you increase your bond with a particular champion. To first level up Kindred’s storyline, for example, you need to kill epic jungle camps. But to get to the C, B, or A checkpoints? Kill more monsters. There’s little to no evolution between checkpoints, no progression on the player’s end of the story. Do this, get to the next chunk of the story, then do it again and again and again.

And although this makes goals easy to complete for League’s more competitive-focused, “leave the lore at the door” players, the resulting experience is rather cut-and-dry for those who look forward to events and the challenges they provide.

Luckily for these fans, there are enough missions in the narrative experience to shake things up. Not the best at warding? Prefer not to play jungle? You have eight other stories to choose from, each one challenging players with a different set of requirements ranging from simply winning games to perfecting that KDA. You can take a break from Teemo and Kindred’s questlines and there are plenty of other options to choose from.

An idea worth watering

Spirit Bonds represents Riot’s dipping of toes into the “what could be” for League events. Although the narrative experience wasn’t perfect, it’s impractical to demand too much from the developer for the first event of this scale. Events never aim to take over the game or challenge its fundamental design anyways. They’re here to offer fans a few fun ways to earn rewards while highlighting skin releases.

Riot’s willingness to improve on the classic event formula should be commended and the attention to detail in Spirit Bonds’ artwork and music are worthy of praise. The construction of the event threw the Spirit Blossom skin line a welcome party League fans surely won’t forget—one that has the potential to change the game’s approach to events and their rewards systems.

If the Spirit Blossom event and its narrative experience serve as a window into the future, there’s a lot for League fans to look forward to.