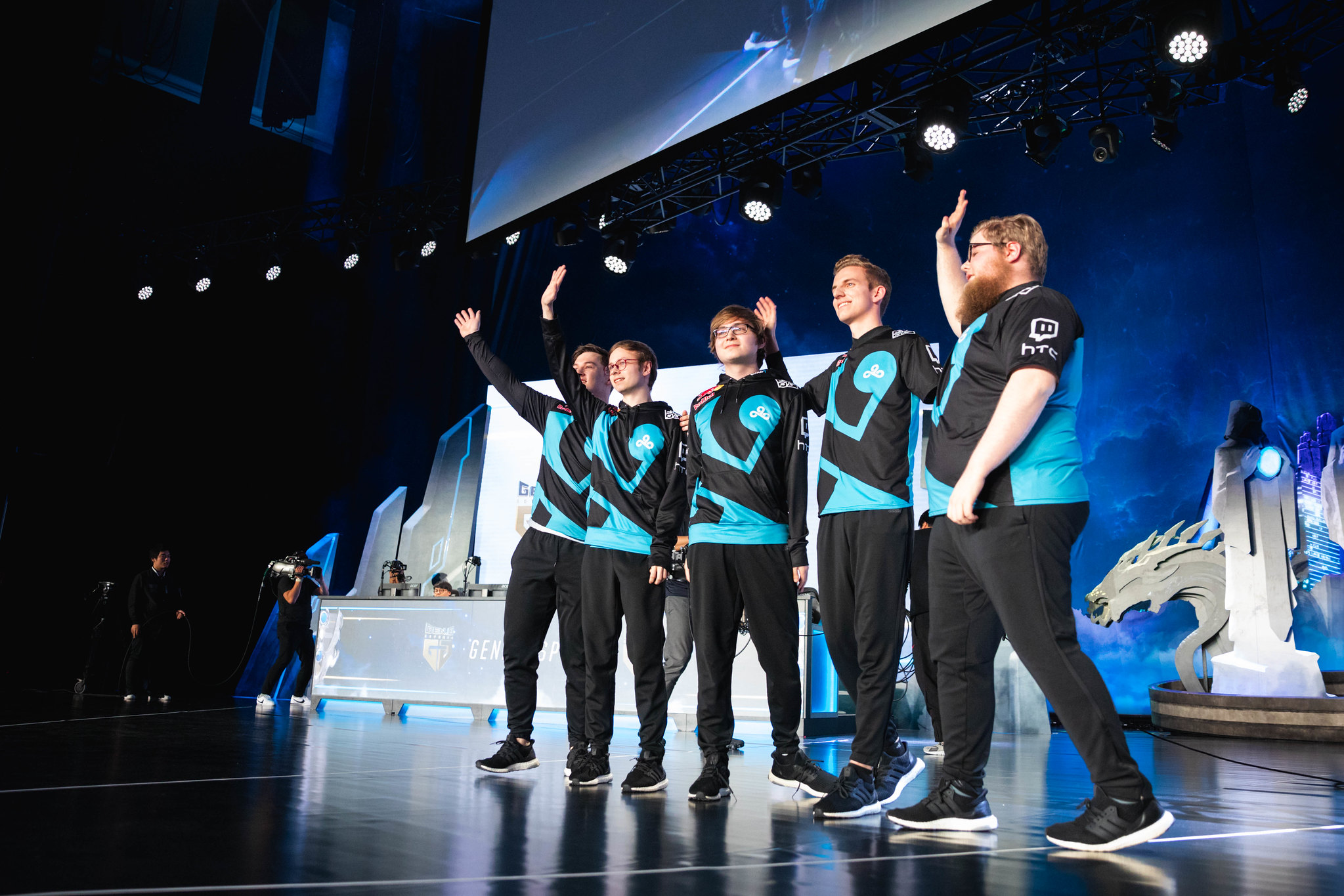 When you think of the North American LCS, only a few League of Legends teams come to mind straight away. And one of them has always been Cloud9.

This isn’t just because of the brand name itself. It’s not about how popular the team has gotten over the last years. It’s also because of its players.

But now, that era is over. Zachary “Sneaky” Scuderi is gone. The team has entered a new phase in its life, one where it will need to figure out and redefine who it is—both for their own sake and for a fan base that’s stuck with them through highs and lows for the past seven years.

Whether it was on stage, behind-the-scenes, or on stream, C9’s players always portrayed an atmosphere of laughter, fun, and unity. It didn’t feel like they were just teammates and it didn’t feel like this was just a pro team looking to win games and championships.

They weren’t as serious as TSM, CLG, Team Liquid, or any of these rosters that were put together when franchising was implemented. But that’s what made it so easy for so many people to connect to the team—they looked like a regular group of friends playing League.

Ordinary, everyday players could relate to them and how they too would cackle with laughter on voice chat while one of their friends fed the enemy team. Fans could relate to the camaraderie that the old C9 brought wherever they went. But it feels like these values have slowly been changing.

“Cloud9 has also always had a very family-like feeling and structure to it,” Sneaky said in an interview with Upcomer in May 2019. “Back in 2013 and 2014, that wasn’t so rare, and now franchising has been going on for a couple of years—it’s more like a, ‘Hey, talk to my agent’ kind of atmosphere.”

Sneaky was a huge part of C9’s approach to team building. He served as the de facto leader of the roster for the majority of his time with Cloud9 and was a big advocate for building a family-like environment. This showed in how he interacted with the staff and his teammates.

“I think Cloud9 would carry [a family-like atmosphere] too, if I left,” Sneaky said. “Like they would try to at least, because I think the best thing that brings a team together and creates the most synergy is just being able to trust each other.”

The relationship that Sneaky, William “Meteos” Hartman, Hai Du Lam, An “Balls” Van Le, and Daerek “LemonNation” Hart built was something that many people loved to watch since they were all equally as funny as they were talented. In fact, they won back-to-back LCS championships during the 2014 Spring Split and the 2015 Summer Split. Even though those players left one by one, the mentality of the team remained the same.

When players like resident kind boy Lee “Rush” Yoon-jae, Nicolaj Jensen, Andy “Smoothie” Ta, and Jung “Impact” Eon-yeong joined, they too adopted the mindset of memes, creativity, and brotherhood. Maybe in their time with C9, they’ve brought over a bit of that team spirit to their new homes.

With Sneaky’s departure, however, this offseason represented a final farewell to C9’s original squad. And for many fans, it felt like the team’s old soul had also left with him. Now, Eric “Licorice” Ritchie—the longest-tenured player on the roster—must take up the mantle and move forward to help realize what this team will be known as in the years to come.

There are a few big questions that need to be answered by C9’s staff and roster. Can they still maintain this kind of environment in the future with this new cast of players or will they change this system into something completely different? How will they prove themselves worthy to the longtime C9 fans?

Everyone is scared of change at first—from the players and staff to the fans. The rough patches that any new lineup can go through can sway the sturdiest of supporters. We’ve all seen new roster iterations fail across every region in the world.

But there are plenty of things to get excited about if you’re a C9 fan. In fact, this team could still be a top-three roster in the region if things don’t completely fail. The team’s bottom lane, for example, has improved with the addition of former TSM ADC Jesper “Zven” Svenningsen. Last year, he was a big part of TSM’s run in terms of contributions. He had the second-most kills and the highest kill participation percentage among NA ADCs in the summer.

But he also has plenty of soul searching left to do this year. No matter how well he performed on TSM, his mistakes were much more prominent than his triumphs. He’ll need to have a true bounce-back year on C9 to cast away the shadows that have shrouded his career over the past two years in NA.

Meanwhile, Robert “Blaber” Huang might not be as good as league MVP Dennis “Svenskeren” Johnsen, but there’s plenty of potential waiting to be unlocked with the 20-year-old jungler. He still needs plenty of polishing with his macro play and game knowledge, but Bok “Reapered” Han-gyu and C9’s extensive coaching staff will be helping him throughout the season.

Licorice is still one of the best top laners in NA and Yasin “Nisqy” Dinçer has settled into his role in the roster quite nicely in the mid lane. Philippe “Vulcan” Laflamme is another young player who’s joined C9’s starting roster, and although he might have been a bit pricey, he could be a crucial part of this roster, too.

Things might be different now, but fans hope this new version of C9 doesn’t lose the magic that made them fall in love with the team in the first place. Who knows, maybe this roster can surprise everyone and bring home some glory for the people who have stood behind them over the past seven years.