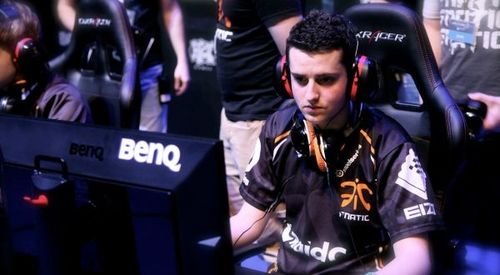 2014 is ending along with an important era: the presence of sOAZ in the LCS. Rumors have been louder and louder about his implication on xPeke’s challenger team Origen and there is a strong possibility we might not see him next split in the professional scene. Here is my take on trying to understand the top lane genius: Paul “sOAZ” Boyer. sOAZ is one of, if not the most, veteran player of professional League of Legends. Along with his long time team mate YellOwStaR, he played for aAa at the Season 1 World Championship where he reached the finals. sOAZ is a lot of things. As Steve Jobs puts it: You can quote him, disagree with him, glorify him or vilify him. The only thing you can’t do, is ignore him. What really drew my attention about sOAZ was his raw game sense andincredible finesse about the game. While having solid mechanics, it is his remarkable decision making that distinguish him among to planers. Even more so, in every interview or stream sOAZ speaks, he never comes off as the type of player to intellectualize the game or spend countless hours thinking about meta, champions, builds or match-up. sOAZ just seems like a toplane virtuoso who simply acts on what feels natural for him. Every trade he takes, every last hit he contests, every aggression he engages comes across as split-second decision, made purely on hunches. As exciting it might be for the spectator, this wildness and unpredictability still torment his lane opponents until this day; how to prepare against sOAZ is still a riddle as you never expect what he can pull out next. sOAZ is a controversial character within the community. Indeed, with some of his statements, he could come off as an arrogant player who might not practice as much as he could. Yet, I find him more intriguing for those reasons. After IPL5, in a Grilled interview, when asked about his preparation against WE and TPA’s toplaner, he admitted :

I didn’t know anything about them actually, I know [Stanley] had this weird champion pool, that’s all.

While some find it unprofessional, I consider it extremely impressive and right on the edge of genius to be able to go toe-to-toe with the strongest toplaners in the world without prior or proper preparation. This is also why he was able to master such an enormous quantity of champion, among them mages, assassins, bruisers, tanks or even supports, right to the brink of perfection. Once he has understood the kit of a champion, his innate and great decision-making allows him to bring it immediately to the competitive scene. Zorozero underlines this as well in a Reflections interview:

He’s the guy that just picks it up and learn the elements of a champion. I think that’s one of his really strong skills

This insane versatility was what allowed Fnatic to pull unexpected and unexpectedly strategies countless times to win disadvantageous series.

Along his impressive raw talent, sOAZ is a very emotion-dependent player. His performance seems extremely relient on both his mindset and team environment, at a degree farther than any other player. If he is having fun in a game, you will immediately see it on both his face and performance. He was able to carry out impressive games on farther-than-off-meta champions because it was new and exciting for him, thus giving him back momentarily the passion for the game (among others Karma at IEM Cologne 2013 or Ziggs near the end of the Summer Split 2014). The holy trinity of tanks (Mundo, Shyvana, Renekton) in early 2014 actually took a toll on his overall motivation and eagerness about playing.

This high correlation between mindset and performance results in an global inconsistency. While this term is thrown out like a critic, this irregularity actually allows sOAZ to reach lofty summits that thrusted his team to victory; if some non-impactful games are needed for it, I can affirm that, at least for the spectator, it is worth it. His raw talent allows him to turns inconsistency into the root for outstanding performances. Last but not least, I think that sOAZ most defining trait is his stubbornness. sOAZ will pull out crazy picks and try to brute force them into competitive play. He will never give up when it seems to be inefficient and will aim at finding the right way to make them fit into the game. He is the main european to have brought AP Toplaners (namely Lulu, LeBlanc or Soraka) into the meta during Spring Split 2014 and even during Fnatic’s infamous losing streak he never budged on it. By the end of the split, those picks were contested ones.

To put it in a nutshell, sOAZ is by any definition an extraordinary player. Often admitting he would not even be playing the game if it was not his job, the raw talent, aggressiveness and innovation he brought to the scene will undeniably be missed. I think trusting relationships within the team is a key factor to his performance and I hope that, if rumors turn out true, he will find it in his new home. He stated multiple times that if he began the game today he would be playing either the jungle or support role and one can only be curious of what his extravagance and boldness could allow him to achieve at those positions.