“What are they even saying?” 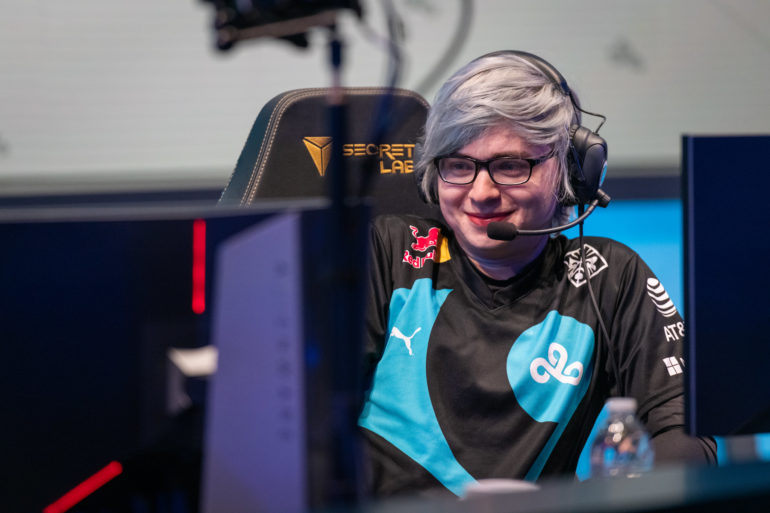 Zachary “Sneaky” Scuderi has been playing in the North American LCS for a long time—almost six years, in fact—and yet not many people have questioned his passion and drive for the game until recently. The longtime Cloud9 AD carry reacted to popular League personalities Travis Gafford and Mark “MarkZ” Zimmerman and their opinions on his career.

During MarkZ and Gafford’s podcast, Hotline League, a viewer called in to speak about the trade Cloud9 recently made where they sent Yuri “KEITH” Jew to the Golden Guardians for Matthew “Deftly” Chen.

This is where the discussion turned toward Sneaky, his career, and how much time he had left in the league. MarkZ said that although he still thinks he’s a good player and that people are “overstating” how bad he is, he thinks that this is one of Sneaky’s worst seasons. As a result, Deftly possibly replacing him in the future isn’t too farfetched.

“At what point is he kinda over being a pro player?” MarkZ said. “Like if he starts slumping, is he ready to grind super hard? He’s always been one of the players who plays more solo queue games, but now he’s doing Patreon stuff and cosplay.”

Gafford said that Sneaky could be good for Cloud9’s Academy team if the organization decides to sub in Deftly for a little bit. And ultimately, Sneaky could choose to retire from there. MarkZ said that Sneaky might be “getting ready to do more in life than just play League of Legends 100 percent of the time.”

Sneaky was able to laugh about the situation and their comments, but he did talk about their opinions on his career trajectory. He also mentioned various stats from this season that showed that he and his lane partner, Tristan “Zeyzal” Stidam, are actually “an incredibly even bot lane.”

“I don’t think they actually watch anything, they just read opinions and look at wins and losses and shit, and then just make assumptions,” Sneaky said.

Cloud9 are still battling for a spot in the 2019 LCS Summer Split playoffs and they’re tied for second place with CLG. Sneaky and crew will need to pick up the tempo this week because they have matchups against FlyQuest and Team Liquid. With only two weeks left in the split, every match is important.

Update July 23 2:05pm CT: MarkZ has explained some of his statements after Sneaky’s reaction. He said that although it sounded like he was implying that Sneaky’s cosplay stuff is causing his slump, that isn’t what he meant.

Instead, he said that this is the first time that he remembers him publicly having interests that aren’t connected to League, which could be “a sign he could be beginning to diversify his interests and outgrow being a pro player which is life consuming.”