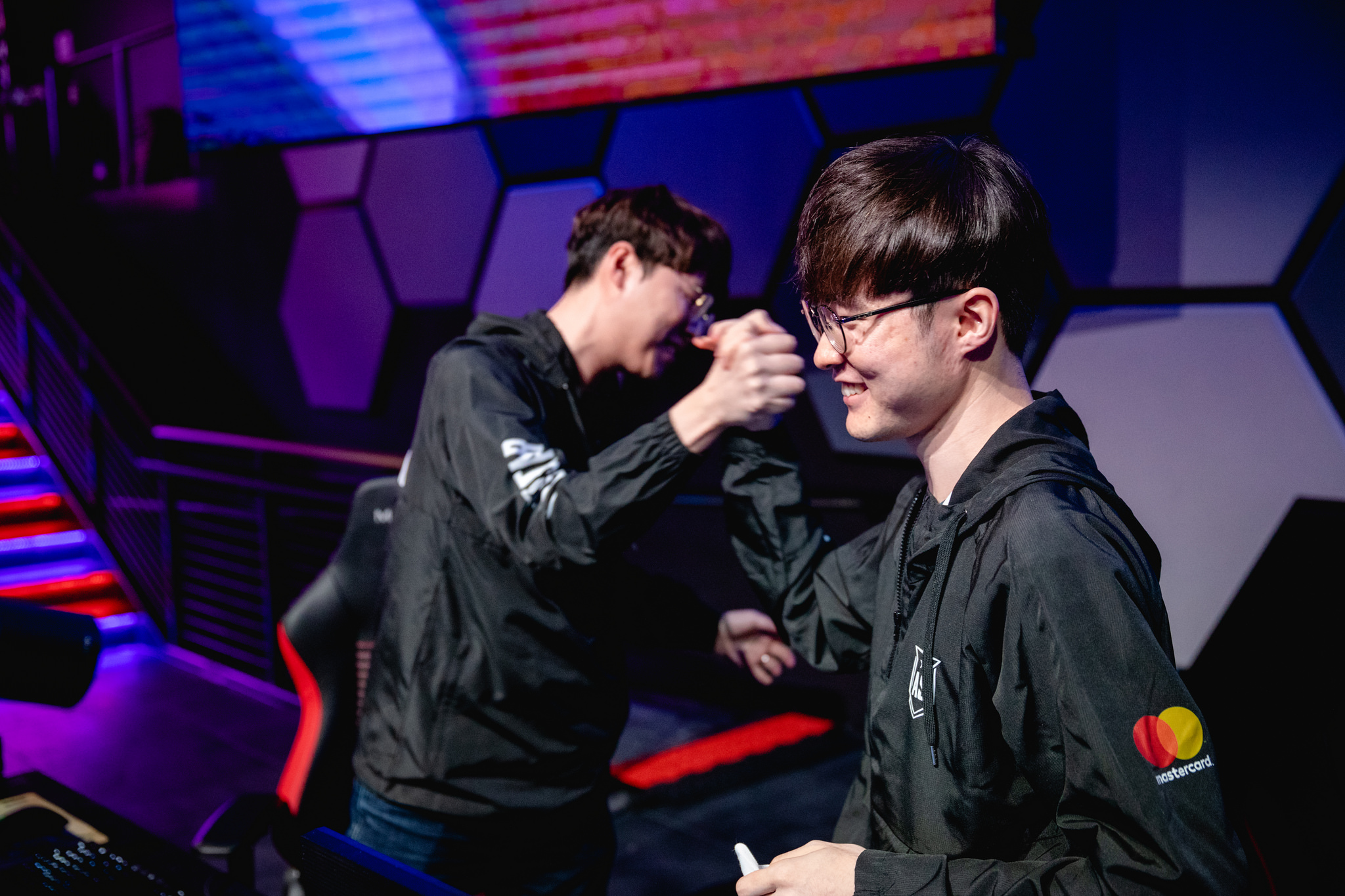 It’s been a while since we’ve seen Lee “Faker” Sang-hyeok look comfortable with his team on-stage. Last night during SK Telecom T1’s qualifier series against APK Prince at the KeSPA Cup, however, that’s exactly what it looked like.

Faker and his new squad of veterans looked good. They didn’t look incredible, but they played loose, comfortable, and were very entertaining. Speaking for performance itself, it was a solid showing, and if it keeps up, it’s not a stretch to say that they already look significantly better than the 2018 roster. Only time will tell, though.

The games weren’t very close. SKT closed out the first game in only 26 minutes, while the second lagged behind only barely at 28. This isn’t too surprising, though, as APK’s roster isn’t exactly phenomenal, despite some notable names like Lee “KaKAO” Byung-kwon and Son “Mickey” Young-min on the roster. That being said, SKT certainly weren’t considered “exactly phenomenal” in 2018, either, so their fans will take what they can get.

All eyes were, as usual, on Faker, but it was his new teammates that stole the show in both games. As Faker pressured the mid lane and moved aggressively forward more than usual, APK dedicated several resources to multi-man gank him a number of times. He was playing Lissandra both times, though, so his job wasn’t exactly to solo carry, and the pressure he took off his side lanes was well worth it.

Because of Faker’s efforts, both top laner Kim “Khan” Dong-ha and bot lane carry Park “Teddy” Jin-seong were able to climb ahead very quickly. Khan, who played Urgot in both games, ended with a total kill-death score of 8-2, and Teddy ended at a flawless 11-0. The team looked more on the same page than not, which is a very, very welcome change from SKT’s previous two splits.

SKT has advanced to the next series, which will determine if they compete in the playoff bracket against KT Rolster, Kingzone, Afreeca Freecs, and Griffin.