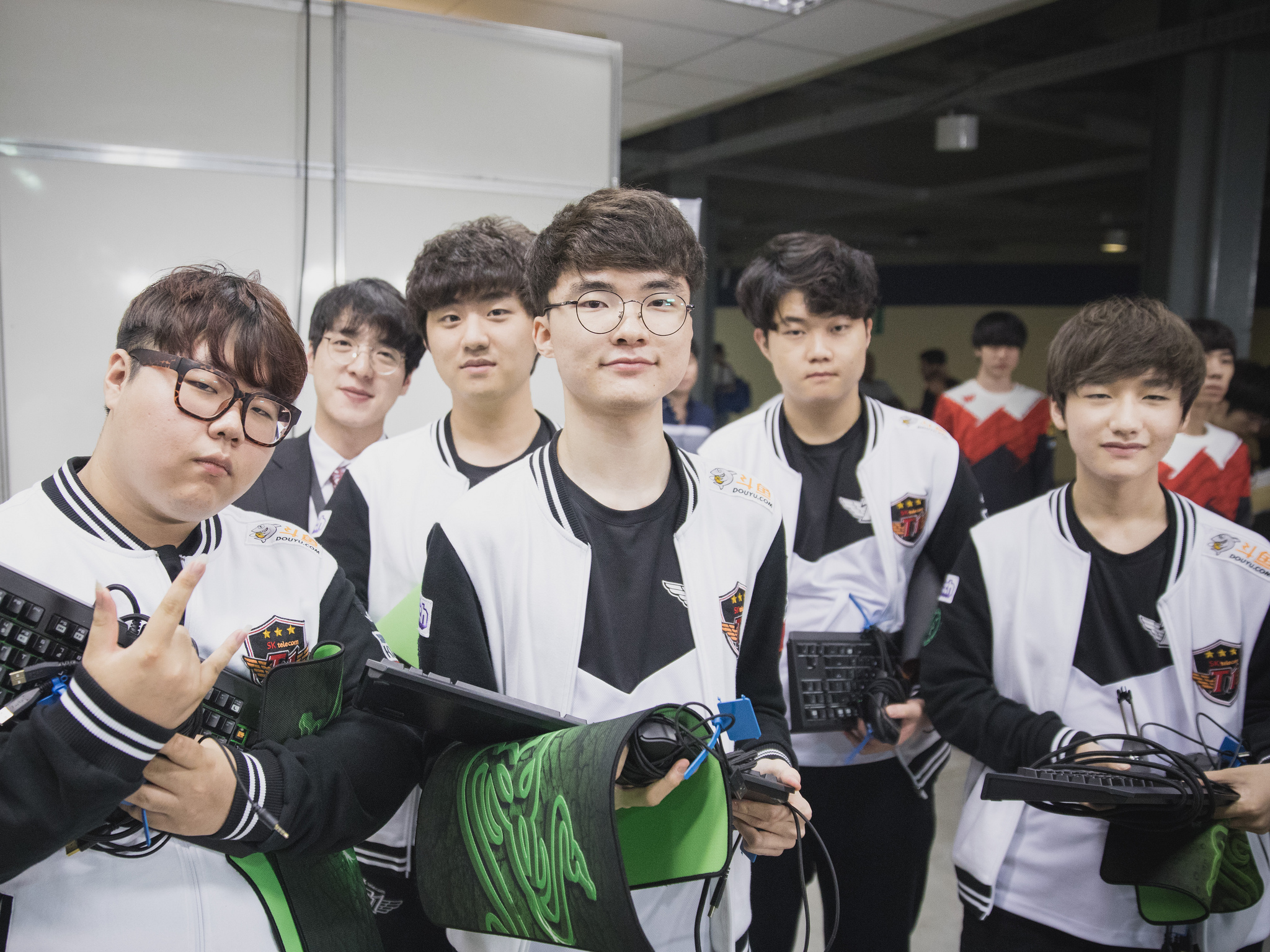 Flash Wolves was our only hope.

If there’s one team that pundits thought could beat SK Telecom T1 at the 2017 Mid-Season Invitational, it was the team from Taiwan with the impeccable record against Korean squads. Flash Wolves achieved that record by pressuring teams with the touted combination of mid laner Huang “Maple” Yi-tang and jungler Hung “Karsa” Hua-hsuan.

At last year’s World Championships, they were the only team to take a game off SKT in the group stage—largely because of this duo. They picked a snowball comp with Aurelion Sol in the mid lane, and Maple was able to spread influence across the map, cutting off SKT and helping his weaker side lanes win.

But coming into today’s match, it looks as if none of those lessons carried over. Instead of trying to get Maple on a favorable pushing champion who could roam, they went back to the strategy of picking scaling champions in mid and jungle, paired with the ultimate scaling ADC, Twitch.

After a rocky start, going win-less on their first group stage day, the Flash Wolves have relied on that scaling strategy. But it’s also the exact wrong thing to do against SKT, the ultimate late-game team. Maybe the Flash Wolves were spooked by their slow start to the tournament. Perhaps they never expected to beat SKT and just wanted to die in a close-ish game. They can still make the knockout stage by honing their play style and beating the other teams in the tournament.

Whatever the reasoning, the result was a complete stomp by the LCK Champions.

SKT ran away with the early game, stacking huge leads on Heo “Huni” Seong-hoon in the top lane and ADC Bae “Bang” Jun-sik. Flash Wolves tried to play away from their weaknesses by lane swapping, but a fatal mistake by their own top laner led just fed the SKT machine.

From there, SKT played a patient split push that starved out any chance at a comeback. Huni was nearly unkillable on Fiora, star mid laner Lee “Faker” Sang-hyeok was the same on Fizz, while Bang just sat wave clearing in the mid lane on Kog’Maw. When they finally found Flash Wolves members caught out, the resulting cross-map plays all worked for SKT:

That play led to a free Baron and the game was over. By the time SKT did opt into a nearly full five-on-five teamfight, they had stacked so many items and buffs that it didn’t matter what the team compositions were.

Flash Wolves went into this game with the hope of maintaining their previous record against Korean teams. But SKT exited like they are on another plane. It isn’t just that they won—it’s that Flash Wolves rolled over, not even putting up a fight. Faker, Huni, and the Korean Champions look like they’re playing a totally different game.