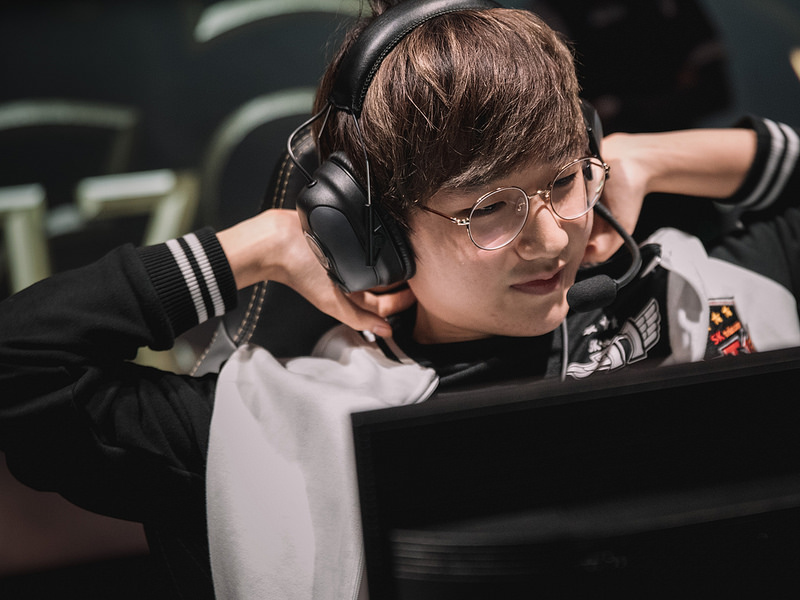 Despite a rocky early game, SK Telecom T1 managed to defeat Team WE to maintain their undefeated record so far at MSI.

Han “Peanut” Wang-ho began the draft phase with a surprising Ivern pick. Known for his aggressive style on champions like Lee Sin, no one expected Peanut to play a supportive jungler like Ivern.

And as the game started, this Ivern pick looked like a mistake. SKT tried to be aggressive, but they were unable to successfully complete any plays. WE was prepared for this aggression and came out of these skirmishes either even or ahead in kills and objectives.

SKT’s initial aggressive play seemingly backfired, and Peanut could do little to turn the game around playing a non-lethal champion like Ivern.

That is until WE started the Baron.

Using his Flash and Smite, Peanut stole the Baron from WE, swinging the entire game in SKT’s favor.

Now empowered by the Baron buff, SKT returned to their aggressive play, knowing WE couldn’t fight back.

Employing a 4-1 split push with Heo “Huni” Seung-hoon in a side lane, SKT broke into WE’s base. At this point, WE was behind and had no tools to properly fight, eventually losing to SKT.

SKT improved their record to 4-0, putting them in a perfect position to end the MSI group stage in first place. SKT will face Flash Wolves and the Gigabyte Marines tomorrow (May 12) on the third day of MSI.