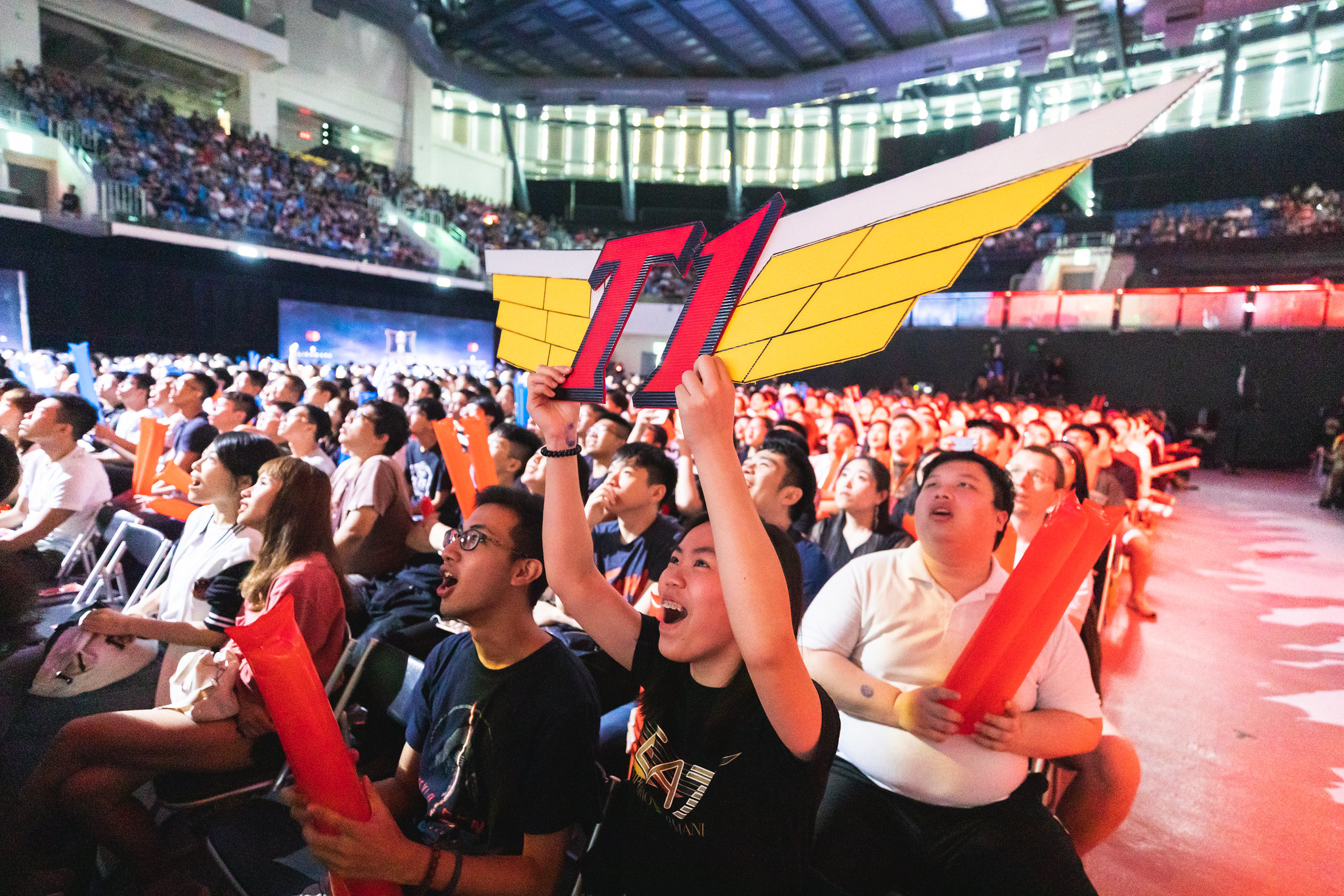 Royal Never Give Up were on the cusp of shutting down SK Telecom T1’s undefeated record when Hung “Karsa” Hao-Hsuan had found Lee “Effort” Sang-ho seemingly caught out in the river. This was RNG’s chance to gain an edge against SKT at the League of Legends World Championship. RNG stacked the ultimates of Jarvan IV and Galio onto the SKT support, but it was all in vain.

Park “Teddy” Jin-seong on Kai’sa teleported just out of sight and before RNG could finish the kill onto Effort, Karsa was taken out. Kim “Khan” Dong-ha followed up with a Gangplank ultimate to catch the rest of RNG in a chokehold. Jian “Uzi” Zi-Hao had to reposition on Ezreal, but Teddy relentlessly ulted on top of the RNG ADC.

One by one the members of RNG began to fall as the rest of SKT came to clean up the kills. RNG were left with nothing after using everything to pick out Effort. SKT rushed down mid before RNG could respawn and sealed the book on RNG’s fate this match.

The last time these two teams met it was a back and forth battle to see who could gain an advantage. Unfortunately for RNG, they just couldn’t close out and lost to a backdoor by SKT. Though RNG have consistently advanced past the group stage, their ability to advance this year has been questionable given the difficulty of Group A.

RNG are sitting at a 2-2 record after losing to SKT and still have their rematches against Fnatic and Clutch to go. Against Clutch Gaming, RNG are expected to have an easy win once again. Their match with Fnatic will likely be the determining factor in whether or not RNG move forward this year. RNG were able to beat them earlier in the group stage, but it wasn’t completely in RNG’s favor. Fnatic could easily come back to upset RNG’s run if they’re not careful.

On the other hand, SKT’s win against RNG has secured them a spot in the Worlds quarterfinals. SKT are no longer the standard, play for late game team viewers have seen in previous years. They’ve stepped up their early game aggression and are willing to force fights on command. But SKT have still maintained their immaculate team fighting, which has constantly given them the edge throughout their international performance thus far.

SKT still have to face Fnatic and Clutch one more time before finishing off their group stage. Now, they’re aiming to finish first in the group and ideally come out with a perfect 6-0 record.