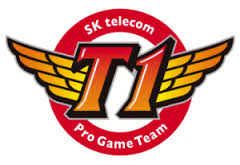 Towards the end of season 4 KeSPA decided to cut the size of the OGN in half, with the removal of sister teams to open up the field more and create a more diverse competition.

In The new format; LCK Spring season of 2015, SKT fused the remnants of its K and S rosters to form one SKT 1 team. This roster would be made of up of Bengi and Faker from K and Easyhoon, MaRin, Bang, Wolf from S completed by the acquisition of Picaboo. While this was not the most feared roster after the format changed, it did give SKT flexibility, with the ability to rotate either Faker or EasyHoon in the mid lane and Wolf or Picaboo at support.

The first week of regular competition saw SKT get 2-0ed by CJ Entus, led mostly by their top lane rock in Shy, and their new talented mid lane CoCo.  Here is analysis 2 of SKT’s starting line-up of Bengi and MaRin that went down to CJ Entus and how they can succeed in the rest of the Spring season.

Bengi- in season 3 and most evidently at worlds, Bengi proved himself to be the best jungler in the world. His presence on the map was always on point, his disruptive style, his ganks had a high success rate, and more importantly he was a great initiator for his team. Notably it was Bengi’s amazing synergy and communication with Faker that helped the legendary mid-laner to almost always beat his opponent and then proceed to exert his influence over the map from there. However in 2014, with  heavy changes to the jungle, as well as tweaks to Lee Sin and Elise-two of Bengi’s favourite junglers, saw an inability in SKT’s jungler to adapt to the shifting jungling meta. While most of Korea’s top junglers such as KaKaO, DanDy and Spirit were able to adapt their jungling styles and their champion pools to meet the changes to the jungle, Bengi was simply unable to, which saw a sharp decline in his jungling proficiency and ultimately SKT’s performances throughout much of 2014. That said, in the 2015 preseason, Bengi saw some favourable patches and perhaps a mental shift, which has allowed him to recapture some of his former ‘mojo’ and contribute greatly to SKT’s victories. His map pressure and presence with-most notably with his Lee Sin is improving, his mechanical skills are still on the mend, as is his vision control, but he is working to get himself back in the top tier of Korean junglers.

In order for SKT to succeed, Bengi needs to be on form. With the departure of many of Korea’s elite junglers-which many believe is the most important role within the region- this is his opportunity to recapture the throne that was his in S3. He needs to have confidence in himself and develop a mentality that allows him to change and adapt his jungling when the times come, rather than be a static player who relies on patches to enhance his game. If Bengi can have the same map presence, the lane impact that he had in 2013, the timing and effective ganking that he once had SKT will definitely be a team to watch through the LCK this year.

MaRin- was a player who on his former team SKT 1 S, was forced to play defensive, passive lanes on tanky ultility champs like Maokai with little ability to make plays or have a real impact on the game. Many believed that MaRin had the talent and mechanical ability to be one of the best top-laners in the region.  Like some players in Korea, when in solo-queue, and given the freedom to carry on who he wanted, and play how he wanted quickly saw him gain a fearsome reputation for stomping his lane opponent on a variety of champions, though his most famed were Lissandra and his Gnar. His adventures saw him reach number 1 on the Korean Challenger ladder, although it’s impossible to tell how this will translate to competition like the LCK. After the departure of their rock-solid top laner Impact, SKT were hoping that MaRin would be able to replace him with the same aggressive, trading map presence and disruptive teamfighting ability. This looked to be the case in almost all of the 2015 preseason, where MaRin was finally given the green-light to play more aggressively and focus on coming out of lane ahead, and roaming all over the map as was SKT’s style. The results were extremely pleasing for SKT as well as many OGN/LCK enthusiasts, seeing MaRin stomp, if not go even with almost all his opponents from various teams and using the advantages gained from winning lane to consistently post good numbers and carry games. His consistency throughout the preseason, as well as his improving synergy with Bengi boded well for SKT, with the hope that MaRin could continue his dominant form to contest the likes of Shy for the top-lane throne. However the first set of official games against CJ Entus saw confusion from analysts and fans alike as MaRin returned to his old habits; being indecisive, timid in lane and failing to really have an impact in either game. In contrast to Shy, who had a strong lane, strong presence in both games and combined with CoCo to win 2-0, in a set that no one really expected to turn out so shakily for SKT.

We saw from the preseason, just how dominant and how comfortable MaRin is in the top lane. Given the chance to trade and to be a little more aggressive in lane, as well with his teleports MaRin looked to be a terrifying weapon that SKT intended to unleash on the LCK. However the set against CJ Entus reminded us that he’s still young and relatively new to the environment of his new team and so is still in the process of adapting mentality. If he can play with the confidence, the freedom that saw him reigning supreme in the top lane, then SKT will have no problem with finishing top in the Spring Split. However if he continues to show indecisive tendencies, and inconsistent play, then expect the other teams in the LCK to pounce upon this weakness and make SKT 1 pay for it.